Book review: Namita Gokhale's ‘The Blind Matriarch’ lingers even after it ends 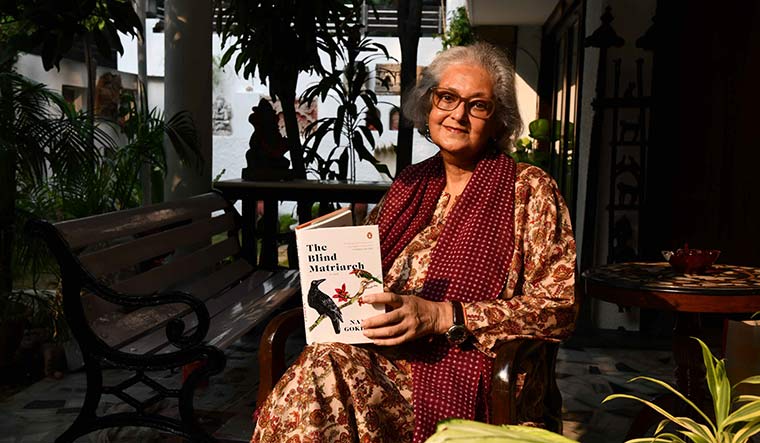 Namita Gokhale burst on the literary map in blood-soaked 1984—the year of Indira Gandhi’s assassination and anti-Sikh riots. The commercial hit back then was Amitabh Bachchan’s Sharaabi. It is no surprise then that Paro: Dreams of Desire, first published in 1984, was destined to shock.

Almost four decades later, in another loss-filled year, Gokhale—now very much an established writer—claims she has written her last novel The Blind Matriarch—a peep into the life of a joint family in Delhi in the midst of a pandemic.

It is a grey streaked Saturday. Gokhale is at home—very much the spirit of the fictional home of Matangi Ma (the matriarch in The Blind Matriarch who lost her sight, but not her vision), with its raat ki raani plants. Written in six months—like her first—Gokhale’s last novel is enduring and haunting. “A novel needs a very active memory to hold it together,’’ she said. “It needs a lot of energy. I don’t want to name those of my favourite writers whose books peaked at a certain time. I would rather write short stories or other books and other things.’’

In The Blind Matriarch readers quickly get absorbed into the folds of Matangi Ma’s family—her blindness is not always about her loss of vision but also a choice to be blind to her husband’s cruelty.

If Paro was a precursor of the cocktail circuit and ambitious women networking the power corridors, The Blind Matriarch is the book of the pandemic. Set during lockdowns, it is very much a quiet book where very little happens—but the world changes. “Frankly, I finished the first draft last year and then I put it away,” said Gokhale, who is also at the heart of the Jaipur Lit Fest. “When I came back this year to complete it and hand it over to my editor, I thought what a boring book it is. And who on earth will want to read about an old woman?... There is no sexual activity in the book. Long ago, Khushwant Singh had written that my books are about love, lust and death. Sexuality is very much a part of my books so far. Sadly, nobody here seems to have much happening.”

Despite the lack of lust, The Blind Matriarch lingers after it ends. Set in a house in south Delhi, the book explores the inner world of Matangi Ma and her family—three children living on separate floors—Shanta, Satish and Suryaveer and their children Rahul and Samir. “I think of it as a love story about India,” said Gokhale. “Things like national narratives are big words, I never want to use big words for this book. But I do see the joint families as an allegory or as an emblem of India. We do contain multitudes. We have so many points of views, we have so many dysfunctionalities, so many hates and hurts and vulnerability and yet we do manage to coexist.”

The Blind Matriarch is about resilience, secrets, families and the complexities of living together. And as always with Gokhale—death. It lingers, possibly mirroring Gokhale’s life and uncertainty. Gokhale fell madly in love and got married at 18. She got cancer at 36 and lost her husband when he was 42.

“It has always been up and down, up and down,” she said. “But it has made me ready to take things in my stride usually. Of course, the pandemic year, as in this book, has made me realise everyone has challenges. Some people don’t make a lot out of them. Sometimes the smallest challenges can be made into mountains out of molehills. But the real courage lies in people like Matangi who have quietly coped with so much, held their own.”

Gokhale is a fighter—and matches life’s punches with equally hard responses. Her attitude is best summed up in her battle with her favourite teacher Sister Aquinas. “She loved me not as I was,’’ said Gokhale. And she deeply disliked Gokhale’s husband. “She told me I had succumbed to lust,” said Gokhale.

Gokhale was prevented from taking her final year examinations for lack of attendance—with 160 students. They went to court. “Young Arun Jaitley was my lawyer,” she said. “My sister-in-law Sunanda Bhandare was helping him with the case. My father in law [H.R. Gokhale] was the law minister. The judges held that 20 of us had a valid reason and advised Sister Aquinas to use her discretion to let them us the examinations. It was a minority college. She chose not to.’’

Most girls were forced to repeat the year. Gokhale was allowed to take the examinations. But the college never declared the results.

“So, you could say I am not a graduate,’’ she said. What, however, makes Gokhale remarkable was that she attended Aquinas’s farewell. “So, I turned up and I gave her a book. In that I wrote ‘To Dear Sister Aquinas, who gave me my education in the real sense of the word’. The whole point is to see where we can get our learning. Learning is always hidden in these crevices; you find them everywhere.”

And, at 66, Gokhale has plenty—scattered through her life and work. 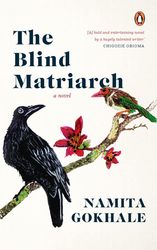