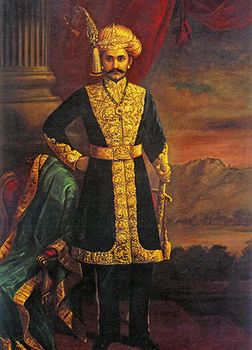 Rudyard Kipling once said that providence created the maharajahs to offer mankind a spectacle. In many ways, their eccentricities might have played into this trope. As Manu S. Pillai writes in his latest book, False Allies, one thought himself an incarnation of Vishnu while another believed he was Louis XIV of France reborn among Punjabis. Another ruler had such an appetite for sex that his nickname was ‘His Exhausted Highness’.

But reducing our maharajahs to such stereotypes does them gross injustice. “The very fact that we see the princes today as a kind of negative, pro-British force in the colonial period is inaccurate,” Pillai tells THE WEEK. “Many of them were engaged in talks and conversations around India’s future. Visakham Tirunal of Travancore, for example, wrote openly about a future when the empire must hand over power to Indians. Sayaji Rao III of Baroda gave public speeches about ‘national government’….” 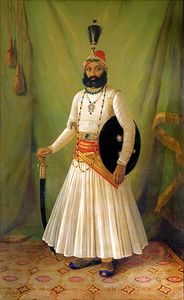 So Pillai sets out to draw a nuanced and erudite portrait of the maharajahs, not with his pen, but through the paintbrush of the great ‘portrait master’, Raja Ravi Varma. Pillai tracks Ravi Varma’s travels through the princely states of Mysore, Baroda, Travancore, Udaipur and Pudukottai. “By depicting princes and intellectuals, statesmen and politicians, and traversing the length and breadth of India to build his reputation, Ravi Varma created a visual archive through which may be plotted the story of a little-discussed political space….” writes Pillai. “And while he has been called a ‘Painter of Colonial India’, it is really a specific chapter we find represented in Ravi Varma’s art, where nationalists and princes were still on the same page, and a future without the maharajahs was yet to be imagined.” It is this phase of India’s history—from the late 19th to the first decade of the 20th century—that Pillai aims to capture through his book. 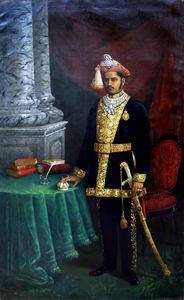 Pillai’s extensive research ensures that the book has depth. The lives and rule of the maharajahs are brought out in rich detail. Each of them had distinct personalities that enlivened their rule and their relationships. For example, while Maharana Chamarajendra Wadiyar of Mysore (1863-94) was a much-beloved king who was largely responsible for the state’s industrialisation, Maharana Fateh Singh of Mewar (1849-1930) was pointedly conservative and resisted British efforts at modernisation with all his might. As a boy, Chamarajendra had shown a marked preference for physics. “When Bangalore was ‘illuminated by electric lights before Bombay, Calcutta and Madras’, it was not just about street lamps but also native pride,” writes Pillai. On the other hand, Fateh Singh’s overwhelming passion was for the hunt, and any time news arrived of a worthy animal, off he would go, shunning state duties.

Although Ravi Varma’s paintings connect the different maharajahs, the link, at times, is tenuous. That was on purpose. “Ravi Varma is only a thread and in many places, he has just a cameo appearance and is very much in the background,” says Pillai. “False Allies is not about Ravi Varma, but the world in which he operated.” 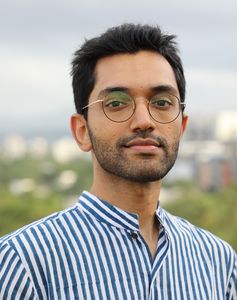 Despite this, Pillai does sketch a gripping outline of Ravi Varma’s life. For example, his unhappy marriage with his wife, Kochupanki, whom he married in 1866. Ravi Varma’s long absences were a constant source of sorrow for his young wife, who had no artistic inclinations. According to one story cited in False Allies, after one of his travels, Ravi Varma brought home a chandelier of Murano glass for Kochupanki. When he arrived, he found that Kochupanki had gone to the temple. Wanting to surprise her, he had the chandelier hung and lit. When Kochupanki returned, however, she was not impressed. Instead, she asked the servants to throw the chandelier out. Ravi Varma was furious and announced he would leave her. Hearing this, Kochupanki, the story goes, declared: ‘All I want is you, not presents.’

Pillai uses Ravi Varma’s paintings deftly, not just for their aesthetic appeal, but also to depict, through them, the personalities of the maharajahs and the dynamics of their rule. “The businessman’s air” of the Mysore prince, Chamarajendra, for example, is clearly visible in Ravi Varma’s portrait of him done in 1885. On the other hand, in a portrait of Maharana Fateh Singh of Mewar, which Ravi Varma did in 1901, the maharana stands against a pale green curtain in silky white robes. “Indeed, the impression the portrait creates is not of a twentieth-century ruler—certainly not a bureaucrat king—but of a warrior about to mount a horse and ride into the distance,” writes Pillai.

Pillai is one of the most prominent writers of historical non-fiction in the country. His debut work, The Ivory Throne: Chronicles of the House of Travancore, for which he won the Sahitya Akademi Yuva Puraskar, is soon set to be adapted into a series by the makers of Baahubali. While he exhibits the same scholarship and ability to present historical narratives in an entertaining way, there are parts in False Allies that read a tad too academic. When we ask him whether he feels so, there is almost a note of amusement in his reply, “I hope not.” 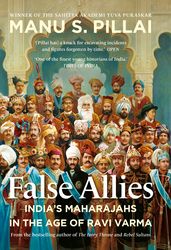 False Allies: India’s Maharajahs in the Age of Ravi Varma