Adele’s new song seems underwhelming after ‘Rolling in the Deep’, but are we too harsh? 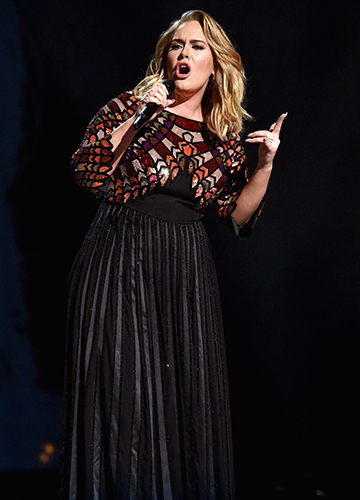 Almost all reviews of Adele’s new single, ‘Easy on Me’, celebrate how one of the world’s most saleable music artistes defies every rule of pop music—her non-adherence to musical trends and trappings of celebrity-hood being her most distinctive style. This can produce music so breathtakingly exceptional that every listen is like smouldering sunshine. Like her ‘Rolling in the Deep’ from her second studio album 21, produced with all the thunder and fury of hitting adulthood. It captures that first coming-of-(r)age which knows the power and consequences of a heartbreak. Not for nothing is 21 considered the best-selling album so far of the 21st century.

But this kind of detachment to shifting tides can also cause one to create art which might appear dated, underwhelming, safe or comforting. Like in ‘Easy on Me’ from her fourth studio album, 30, due for release next month, almost 11 years after the rocket-launcher that was ‘Rolling in the Deep’.

One has to go easy on the song, because not every single after a considerable gap can be expected to be a game-changing, decade-defining number. And, realistically speaking, the 15-time Grammy winner has been consistently good. 30 is only acting its age. It is slightly sepia, a little broody, mature-mellow, wise and wistful, and somewhat mindful, too, of the next curveball life might throw.

“There ain’t no gold in this river / That I’ve been washing my hands in forever / I know there is hope in these waters / But I can’t bring myself to swim when I am drowning in this silence / Baby, let me in.” Thus go the opening lines of ‘Easy on Me’, which Adele sang at a pre-launch Instagram Live recently.

The album itself was born out of yet another break-up. “Divorce, babe, divorce”, was her smooth response when someone asked for the theme. In the video, Adele drives around in a long, black leather jacket. Her eyes, as bold as ever, are also reflective, sad, and almost grateful. The song pleads for mercy, because, “I was still a child/ Didn’t get the chance to/ Feel the world around me/ I had no time to choose what I chose to do /So go easy on me”.

Her previous studio albums, 25, 21 and 19, all encapsulated her age-specific angst and anguish. If 21 was a break-up record, 25 was one about making up, what with her son being born. 30 is all about being grown-up; there is calm and acceptance, even when tinged with some unease. And because we are spoilt and greedy, we still scour for echoes of the charming abandonment of ‘Chasing Pavements’ from 19 and the mad, devouring pain of ‘Rolling in the Deep’. But this is just the first of many songs from an album fans are pinning high hopes on.

It is not easy being Adele. A lot has changed about the music we like and want since she went viral. The post-pandemic world has dramatically transformed in the way it consumes music, with streaming being our preferred medium to drift and dream. Will Adele fit right in once again? We have to wait and go easy.