From Vidya Balan to Irfan Pathan, celebrities on their moms’ cooking 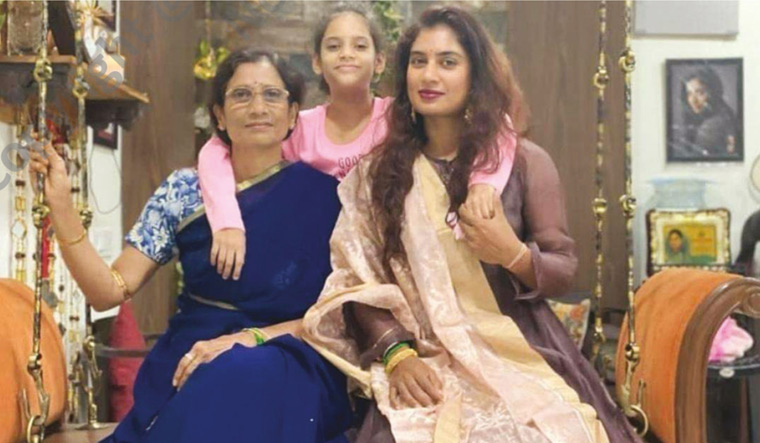 When author Sudha Menon lost her father in 2016, her mother was inconsolable. Menon took her to the UK for a break, where her sister resided. Once there, she would go on long walks with her. On one such walk, Menon asked her mother if she would cook for her a childhood dish she used to love. “Suddenly, there was a spark in her eyes,” says Menon. “It was almost miraculous.” After that, every afternoon, her mother would cook a meal and Menon would take down the recipe. There were gaps in her mother’s memory even then; she was diagnosed with dementia soon after. “It occurred to me that if I did not document these recipes, they would be lost forever,” says Menon.

This is a problem that largely remains unaddressed in India. As Chef Vikas Khanna writes in the foreword of Menon’s new book, Recipes for Life, despite our rich culinary traditions, very few of our mothers’ and grandmothers’ recipes are actually documented. Instead, they have survived on oral instructions passed on from mothers to daughters or other members of the family. 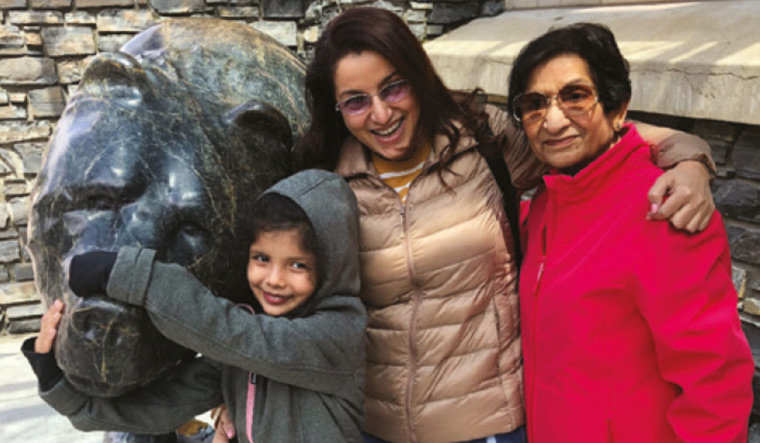 Menon sets out to rectify this with her book, in which she documents the childhood recipes of some of India’s most prominent people. Actor Tisca Chopra recounts her love for her mother’s kaale chane, kurkure bhindi and lotus stem with besan. Cricketer Mithali Raj sings praises of her mother’s fiery red chilli and coconut chutney, which all her friends and teammates love. Mary Kom describes her mother’s Manipuri classic, kangshoi, made of fresh mustard leaves and potatoes from their garden or nearby fields, stewed with fish. Nikhat Khan Hegde, Aamir Khan’s sister, tells us about their ammi’s besan ka halwa, their “go-to for 2am dessert cravings”.

It was not easy connecting with the stars, but once Menon did it, getting them to talk was a piece of cake, because this is such a sentimental topic. “They would start by saying they could spare 20 minutes and then go on to talk for hours. Plus, they put me in touch with their mothers for the recipes, and now I have a standing invitation from all of them to come share a meal at their house,” she says with a laugh.

As sumptuous as the recipes are the stories behind them—whether it is Vidya Balan’s memories of the molagapodi-slathered idlis that her mother used to prepare for long train journeys or Irfan Pathan’s anecdote of his mother serving biryani for the Indian team during the 2007 India-Australia series; Sachin Tendulkar, apparently, could not get enough of it. Even if you do not try out the recipes, enjoy the book for the vicarious journey on which these stars take you, down their culinary lane. Snippets from the book:

The one thing that stands out in my mind about my mother’s food from my childhood is her adventurous streak and her penchant for all things new. Amma loved street food and we would often walk over to the neighbourhood vendors to gorge on her favourites—vada pav, dabeli, Sindhi pav. In fact, my fondest memory of the time when Dad was abroad for work was our Friday evening routine—she would make vada pavs and we would demolish quite a few between us. Sizzling hot vadas, smeared with lasoon chutney, and pressed into the softest pavs…. 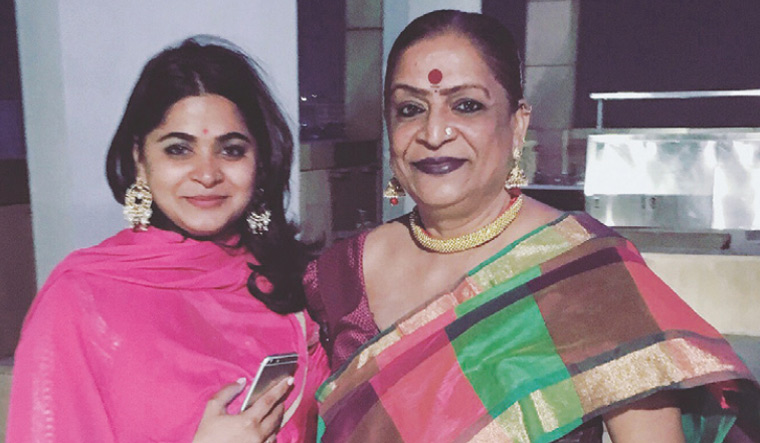 But what I love from her repertoire is the traditional Palakkad Iyer south Indian cuisine. Her cheera molakootal with rice and chammandi (chutney, often with coconut) make me salivate and so does her pulinji…. To most non-south Indians, molakootal might seem like dal-palak, but it is not. The perfect molakootal comes from years of practice. Nitesh (husband, director Nitesh Tiwari) often sees me polishing off the moolakootal and asks: ‘What is that green thing you are eating?’ and I tell him, ‘You north Indians won’t ever appreciate the taste of this!’ But he too waits for Amma to visit so that he and the kids can eat idli, vada, chutney and sambar. 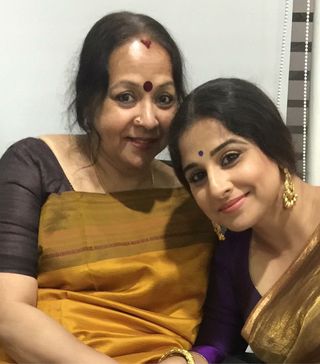 Everybody in our family has a sweet tooth. This inevitably meant that when we want to celebrate anything special at home, the first thing we think of is the dessert. During my childhood, the highlight of Sunday lunch would be Amma’s special treat for us, vella payar, a delicious dessert made by simply cooking moong or red eyed beans with jaggery and coconut till it all came together into a glorious mass. On the days Amma did not make this, Appa would step in with his signature pazham nurukku, steamed yellow bananas cooked in jaggery syrup and ghee, a dish with which he could have my sister and I eating out of his hands.

One of my most favourite Amma specialities remains theratipal or milk cake made from curdled milk. As kids, we would wait for the milk in the house to curdle and then she would add sugar and caramelise the mixture, reducing it on a low flame till it became a quarter of the quantity. My sister and I would squabble over who would get one spoonful more or less of the delicacy. Today, I largely stay off milk, but if this is being prepared at home, rarely as it is, I still have a bit of it and become a child all over again. 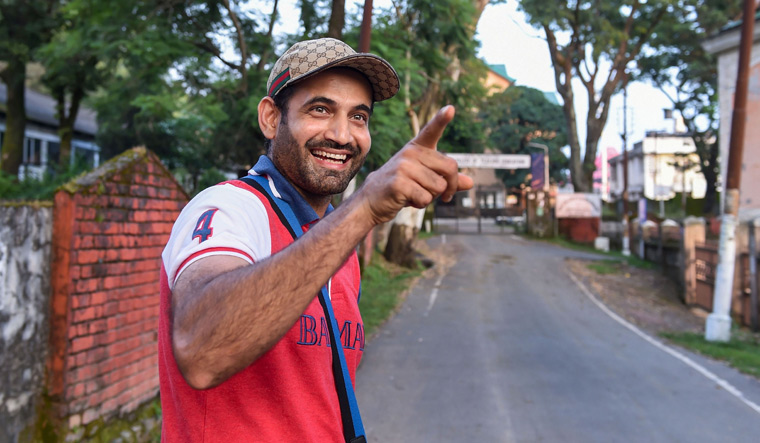 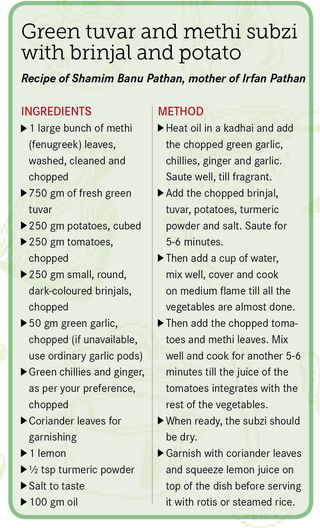 The happiest food-related memory from my childhood is that of breakfast. Mornings began with Ammi’s hot rotis, smeared with oil, which we would dip into steaming hot chai and relish before heading off to school.

The family was experiencing financial difficulties during those years. My father worked 12 to 14 hours a day to get a paltry salary of 03,500. Having three meals a day was a big deal for us back then, and so this humble breakfast was much anticipated. On some days, Ammi would make a green dhaniya (coriander) and chilli chutney, and we would have it for the next couple of days with our rotis and for dinner, with khichdi….

Ammi was a brilliant cook and used whatever she had in the kitchen to make tasty meals for us. She used to make this delicious subzi, with potatoes, eggplant, methi leaves, fresh green tuvar (pigeon peas) and green chillies, that I can have every single day even today….

Those difficult times are now decades behind us, but no matter how much we have progressed and prospered since those days, Ammi’s roti, crisp and glistening with oil, continues to be our favourite. Back then, we put oil on the rotis, now we eat them with ghee, but the memories of the family—my brother, sister, parents and I­—sitting together and enjoying our nashta, in our simple home, still brings happiness to my heart. 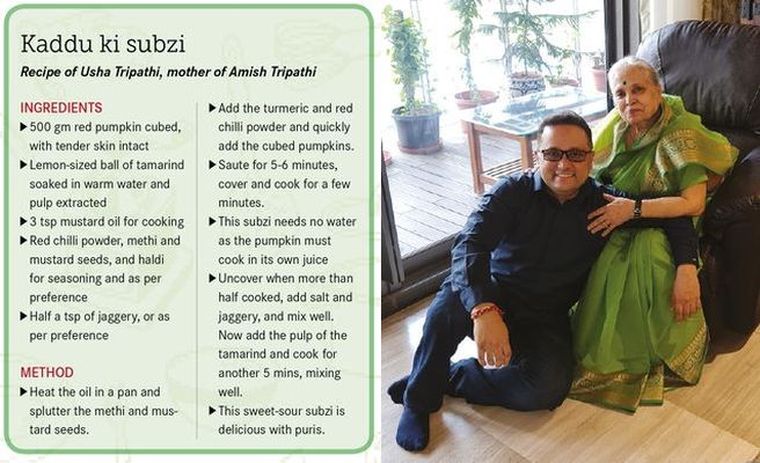 Ma made the best kaddu (pumpkin) ki subzi and puri. I also loved her rice khichdi, warm and gooey, which she served with ghee, dahi, papad and a sprinkle of buknu masala. I have never tasted anything as distinctive as buknu masala in any other part of India. I remember how a mere sprinkle of it would immediately enhance the taste of even the most insipid dish. The buknu masala was Ma’s favourite travel staple and would go on rotis, parathas or whatever food we were carrying along with us.

My strongest memory of Ma and food will always be her golden rule that we had to eat whatever was cooked for the family, because it was ‘good’ for us. I will never forget how Didi and I got into trouble once, because we pushed away our thalis when we saw karela (bitter gourd) subzi on them. Ma was so furious that she made us eat karela for lunch and dinner for the entire week. I was upset back then, but I understand her better now. She would say that if we got used to having things our way right from childhood, we would not be able to handle life’s ups and downs when we grew up. “Learn to make do with whatever you have,” she would say. I am glad that we got those lessons early on, because now I am able to handle tough situations when they come. 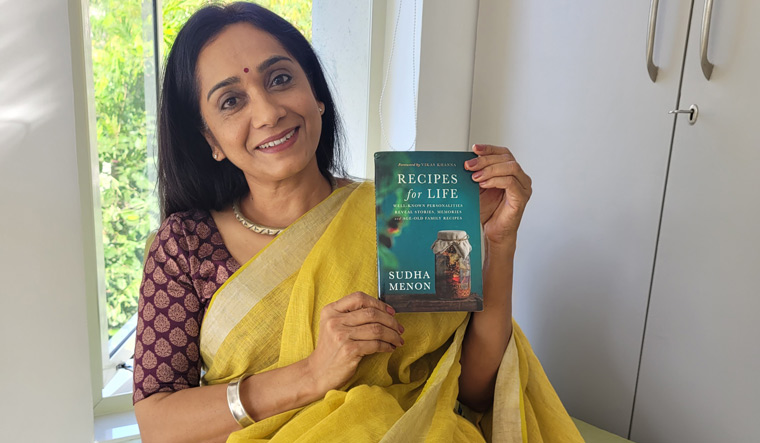