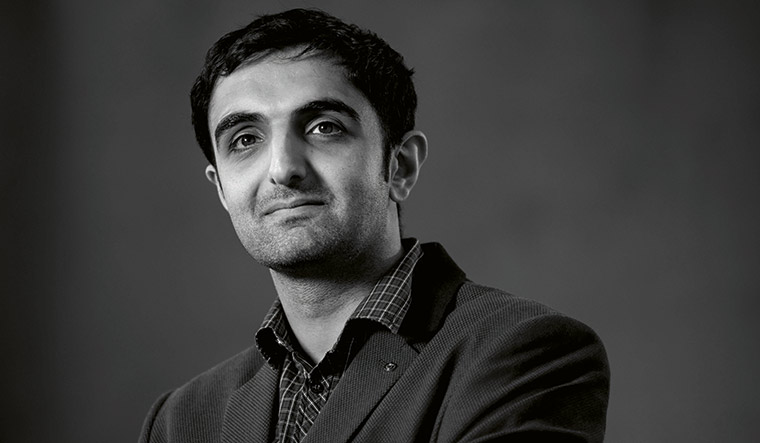 It is lunch time in Sheffield. Sunjeev Sahota looms large and lanky on the screen. This is his third book, and his second time on the Booker Prize list. His second book, The Year of the Runaways, was shortlisted in 2015. The book revolves around migrants; much before immigration became a divisive issue, before Brexit and Trump.

China Room is deep and dark, a lingering presence. It is fiction, based on family history. The main character—named S—comes to his parents’ village in India in a bid to break a drug habit. The parallels are obvious: like S, Sahota also grew up in a house filled with cousins. His parents “struck out to open a shop”. He did math at Imperial College. It is this swing between reality, memory and a deep sort of sadness that makes this book irresistible.

“I have always said my novels have a personal base,” he says. “They always spring from something that I am aware of in my history. Or something around me in my daily life.” With China Room, it started with a family legend of a great grandmother who was one of four women who did not know who they were married to until a year later.

“I don’t know how that story has been embellished over the years. Lord knows, family stories get more exaggerated,” he says. “It struck me as a painful and dark premise. To have three women in a dark room not knowing who they were married to. I thought that there was something novelistic in that, so I tried to write that story.”

The result is a haunting book that moves between the past and a summer of 1999, narrated from the present in 2019. There is heartbreak, love, unrequitedness, disappointment and the need for connection. It took Sahota four years to write it. He had chosen to tell his great-grandmother’s story as a historical narrative and abandoned it. He had a part of another story set in contemporary times, but found out later that they were two parts of the same story. The two, he says, are linked by “motifs, echoes and connections”.

Sahota burst onto the scene in 2011. His first book, Ours are the Streets, was an examination of the radicalisation of Imtiaz Raina, who never left England till he had to bury his father in Lahore. His next looked at three illegal immigrants from India living in Sheffield with a visa wife. Immigration was personal for Sahota—his grandparents moved to the UK in 1966. “It was like he had transplanted a village in India,” he says with a laugh. “I was born in Derby in a very immigrant community. The surrounding streets were full of fellow Sahotas.” His family in Punjab, whom he regularly visits, has become smaller as cousins moved to Australia, Canada and elsewhere. “It is probably a wound that I keep returning to,” he says.

The search for home and belonging runs through the novel. The young S recounts his growing up years being an outsider in a small town, being one of only two brown kids. As a 12-year-old, he remembers being invited to a birthday party and “running to my friend’s house with a fluttery excitement,” only to be turned away by his father. He left with a slice of the birthday cake offered by the friend’s mother stuffed in his hand, unable to tell his mother of his exclusion from the party. The anecdote feels real, as does the heartbreak.

“My parents, to make ends meet, struck out and bought a shop in a very white, working-class and poor area in a town called Chesterfield which had been devastated by the policies of Margaret Thatcher,” he says. “It was a very angry town that had been betrayed by the government. A lot of that pain was converted to anger directed at people who were different, like my family.”

His books explore this space—personal, real, painful—often not spoken about much in Britain. “I think it felt like a very lonely place to be in,” he says. “I remember feeling intensely envious, when we did go back to Derby, of all my cousins who stayed in that diverse immigrant area. Because they seemed more comfortable in their Englishness. They were able to negotiate a form of Britishness that worked for them, whereas for me in Chesterfield, I was not allowed to feel British in any way. I was not white. It felt like a very excluded kind of adolescence.’’

A quiet child, Sahota, who loved the way words worked, and read the backs of shampoo bottles and cereal boxes, never studied literature. “It would have been frivolous,” he says. Mathematics at Imperial College was where he found himself. At 18, he read his first novel, Midnight’s Children, and in what has now become stuff of the myth around him, he found what he was looking for. He started writing soon after—secretly in his old room—and expanded the British-Indian narrative forever. “If I had my way, I would not have titles,” he says. “Or covers, just text. The space is so sacred to me that I find it hard to reinterpret it for an audience. It is almost like I am betraying the novel in some way, because I am trying to put a frame or context around it, or an explanation for it. When it is just what it is.”

At 40, Sahota may not be the best-known writer of Indian origin, but he certainly is one of the most original. He is not on social media and has no acknowledgments or epigraphs in his book. “My children are growing up in a different place in a reasonably comfortable neighbourhood where they don’t feel that they are being blamed for anybody else’s pain or suffering,” he said. “They are just existing. I think their relationship with England is much more positive. A while ago, I was trying to teach my son a few Punjabi words. He asked me why. I said, ‘Your grandparents speak Punjabi and it might be nice for you to understand it.’ He said, ‘Dad, that’s alright, but you do know I am English, don’t you?’ I was so moved. I could never imagine myself saying that. Even now I struggle to say that.” 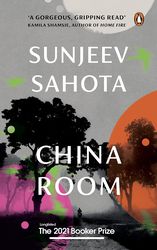