How Sukki Menon is revolutionising the world of burlesque dancing 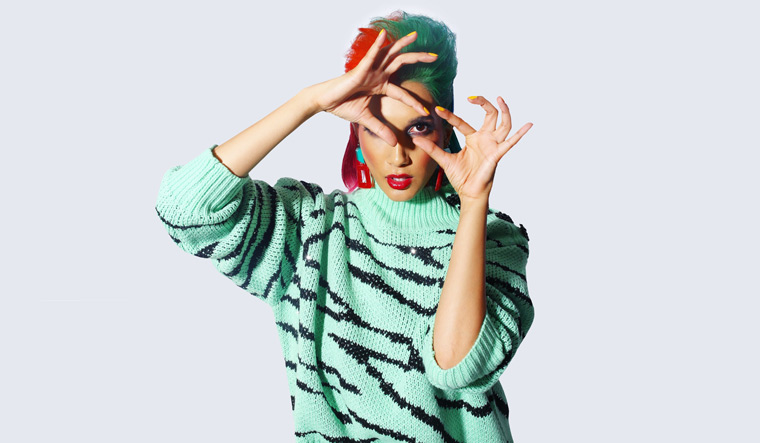 How do you grab an opportunity when you see one?

Internationally renowned burlesque dancer Sukki Menon has often repeated this story. In a particularly extensive interview called ‘Breaking Barriers with Burlesque’ for the podcast network, IVM Podcasts, Sukki illustrates how to kill a chance by not taking it. Born to conservative doctor parents—a traditional south Indian father and a deeply religious British Catholic mother—Sukki did the “right thing” for a long time.

In London, she harnessed her inner nerd and got an IT job after college, even though she was always more artistically inclined and into dance, drama, music, fashion and the works. While dabbling in vintage fashion, she had just discovered the word ‘burlesque’ and how it summed up everything she was interested in. The art of burlesque dancing, which evolved from Italian “burlesquo” , is all about sustaining the tease—a slow burn of elaborate costumes that empower a woman by fueling her agency, her sexuality, her control, and then no reveal.

So one day, in 2011, when she saw an advert for a burlesque audition at a local London theatre near her workplace, the desperate artist in her could not resist. She went in for the kill, pretending she was a professional ready to be hired. And hired she was. Sukki recounts how she only had a week to research her moves on Google and YouTube before she went live before an audience of 300. And how it went awfully wrong. And how the audience loved it—because the art of burlesque also requires you to know how to have fun without taking yourself too seriously. Soon, Sukki was moonlighting as a secret showgirl on weekends, her parents clueless about their daughter’s racy double life.

How Sukki carved her identity as a burlesque performer entirely on her own charm and persistence, with no emotional support, is the stuff inspiring stories are made of. Her difficult double existence—navigating a multiracial identity with a Singaporean-Malayali father and an English mother—also suits the art-form Sukki has chosen to project her unapologetic self. Activism is built into the DNA of burlesque. Largely a feminist undertaking, it allows women full agency over their bodies and lets them poke fun at societal norms. Increasingly, the theatre of burlesque is no longer about performers who are “white, cisgender and thin”.

Today, Sukki wears multiple hats, as a burlesque artist, television personality, women’s rights activist and humanitarian. Her fans include Cherie Blair, Bill Gates and Desmond Tutu, who have described the self-taught artist’s work as “wonderful”. Her stage name, Sukki Singapora, is a reference to her family, some of whom emigrated to Singapore. She currently splits her time between Singapore and the UK. For years, Sukki campaigned for burlesque to be accepted as a legitimate art-form in Singapore. Finally, in 2015, she became the first woman to perform a full and ‘legal’ burlesque show in the country. She was once invited to tea at the Buckingham Palace to recognise her contribution to the arts as an Asian role model.

So has her work changed with greater acceptance? “I am very grateful that what I do is being accepted more, not just by my family, but by society. However, that has not changed the way I perform. Probably it has just changed the way people see the performances,” says Sukki, 31. Her stage acts veer more toward classic burlesque with her choreography, costuming and styles skirting showgirl shapes and movements of the 1940s. But averse to any predictability, there is often a modern twist. “It means that one day my routines could be to classical music, and then the next day they will be to hip-hop or a dubstep mix of [Welsh singer] Shirley Bassey. I love mixing music and memories, and the fabrics of my cultural heritage, so I am literally wearing the countries I am from on my sleeves,” says Sukki, who proudly sports the pottu as a marker of her Singaporean Indian heritage. “The mainstream industry, especially in Hollywood, historically whitewashed out diversity, but I feel like the greatest tragedy was when, in order for many of us to ‘fit in’ or ‘get booked’ or ‘be accepted’, we whitewashed ourselves. There was that fear of looking ‘too Indian’—I’m not afraid of this,” says Sukki. She effectively uses her platform to champion the cause of women of colour. “There has never been a bigger window for celebrating diversity than right now.”

After having starred in the Netflix show, Singapore Social (2019), film and television seem like a natural progression. She was already quite into creating videos of her stage shows. One of her film projects is set in India. And the computer nerd in her has now tapped into non-fungible tokens (NFTs) to make her art more accessible. Like a sure-footed dancer, she easily pirouettes from a discussion on blockchain technology to that of poetry, inspired by something as prosaic as the floorspace under her hotel bedroom:

“There is beauty in the mundane, in every being, a peculiarity, and if you listen long enough, you can hear the quiet spaces humming / waiting for your company, the walls, howling / longing for your touch, and the pavements, puddles and streets of cities become louder and louder the less they are inhabited by us for, in truth… humans… are the quietest objects.”