In ‘Mimi’, surrogacy is backdrop for what is essentially an entertainer: Kriti Sanon 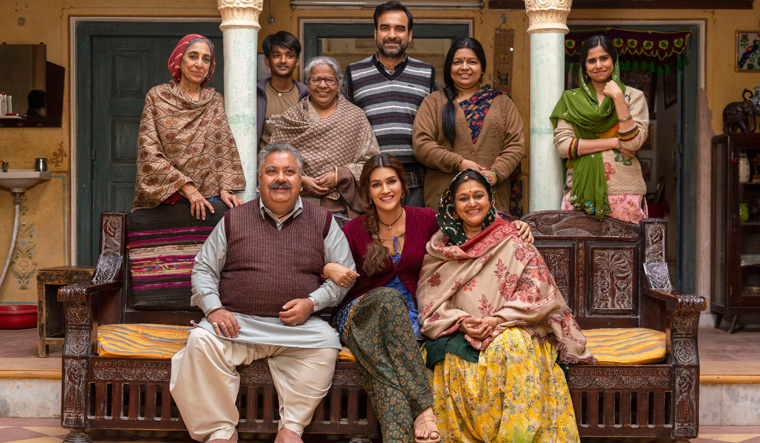 July 27 was a special day for Kriti Sanon for two reasons. First, it was the actor’s 31st birthday. Second, it was the day on which her latest, Mimi, was released on Netflix and JioCinema, four days before its scheduled release date. ‘Mimi delivering before time’ read the film’s poster, which dropped on Instagram Live barely a few hours before 26th midnight, showing a pregnant Mimi (Kriti Sanon) proudly showing off her baby bump. Birthday gift or not, experts conjecture that the real reason for the early release had something to do with the bootlegged copies of the film that were leaked on piracy sites and on Telegram. Out of all her films—from Heropanti (2014) to Luka Chuppi (2019) and Panipat (2019)—Mimi takes the cake for being the most aggressively promoted film on social media and otherwise so far.

Buzz around the film’s premise of surrogacy first began when director Laxman Utekar announced a remake of the highly acclaimed and national award-winning Marathi original, Mala Aai Vhaaychay (2011), directed by lawyer and filmmaker Samrouddhi Porey, which had also explored the same theme. And so, the challenge was how to remake a film which had found unprecedented mainstream success a decade ago for a more evolved and discerning audience. This, at a time when societal laws relating to surrogacy were getting rewritten, and Bollywood’s own had begun embracing it. In the last few years, a number of B-town stars have opted for surrogacy, including Karan Johar, Shah Rukh Khan and Tusshar Kapoor.

As with most remakes, bridging the gap between then and now was not easy, says Utekar. “We know that society is undergoing rapid transformation and we are living in very difficult times. But we wanted to tackle the subject of surrogacy [a little differently], not just with sensitivity but also with humour. The idea was to give a lighter twist to a serious issue without taking away from its soul. I think by seeing humour in issues we have evolved as a society.” Mimi is Utekar’s fourth directorial after Tapaal (2013), Lalbaugchi Rani (2016) and Luka Chuppi.

Mimi tells the story of a girl from rural Rajasthan who yearns to be a Bollywood actor, but does not have the money for it. With the help of a driver, Bhanu Pratap Pandey (Pankaj Tripathi), she meets a foreigner couple who is willing to pay her 020 lakh to be a surrogate to their child. Mimi agrees, but there are unexpected consequences when the couple ask her to abort the child at the possibility of it being born with Down’s Syndrome. Sanon’s character is devastated, not knowing what to do. The film mostly uses surrogacy as a formula, rather than exploring it in-depth to provide context and meaning. More than a lucid take on one subject, the film tries to deal with too many issues—children born with disabilities, prenatal diagnostic techniques, Hindu-Muslim relations and suicide. Sanon is engaging and electrifying onscreen, but her character lacks meat. The film does not do justice to her talent. Despite this, she has ably carried the film on her shoulders, having mastered the art of delivering masala dance numbers and emotional dialogues. Other than the quintessential inclusion of dance, drama and masala, Mimi is much like its Marathi counterpart. But the tweaks to make it “more entertaining, relevant, risk-free and successful” hint at the manner in which Bollywood has traversed this subject over the years. 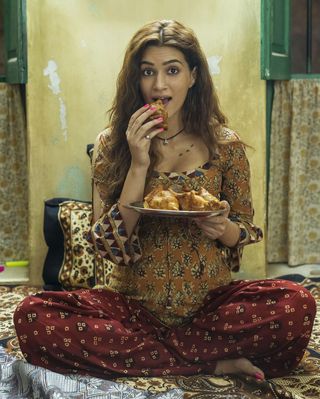 “A decade ago, we made a film which explored notions of motherhood and how women found themselves at a crossroads between class and societal norms, and it was wholeheartedly accepted,” says Porey. “But when Utekar met me, he said that a 10-year-old story on surrogacy may not relate to the present and he needed to tweak it a bit and to give it a connect with the audience of today, which is looking for entertainment. So, there is a big shift right there. Also, while my protagonist is an everyday woman from rural Maharashtra who is demure and domestic, his Mimi is more ambitious and outgoing. In that sense I think it speaks about our times, too.”

Yet, while Porey’s film and most others on this subject—including Doosri Dulhan (1983), starring Shabana Azmi, Chori Chori Chupke Chupke (2001), starring Rani Mukerji and Preity Zinta, and Filhaal (2002), starring Tabu and Sushmita Sen—have dealt with surrogacy in a sentimental manner, showing the infertile woman in a poor light, Utekar’s Mimi is different. Adoption is hailed and the stigma of infertility removed. “Bollywood has not really looked at surrogacy in depth. Rather, it has only used it as a tool to weave drama. Surrogacy is linked to the exaltation of the very idea of motherhood,” says Mumbai-based film critic Namrata Joshi.

In previous films, most of which look down upon the infertile woman, merely the surface of surrogacy has been scratched. With OTT things seem to be changing, although it may be too early to predict. A recent Hindi film, Badnaam Gali (2019), on Zee5, starring Patralekha Paul and Divyendu Sharma, uses humour to lighten the subject, dispel gender stereotypes and make a statement about society’s prejudices. But as Sanon herself puts it, “Who is looking for a masterclass in surrogacy anyway? We are here to entertain and not to teach or preach. Here, the surrogate’s [primary concern is for] money, which is telling of the highly competitive times we live in. [In Mimi], the woman has a mind of her own and accepts surrogacy as a way to achieve her dreams and not as a sacrifice, as was shown earlier. Surrogacy is only the backdrop for what is essentially an entertaining film.”