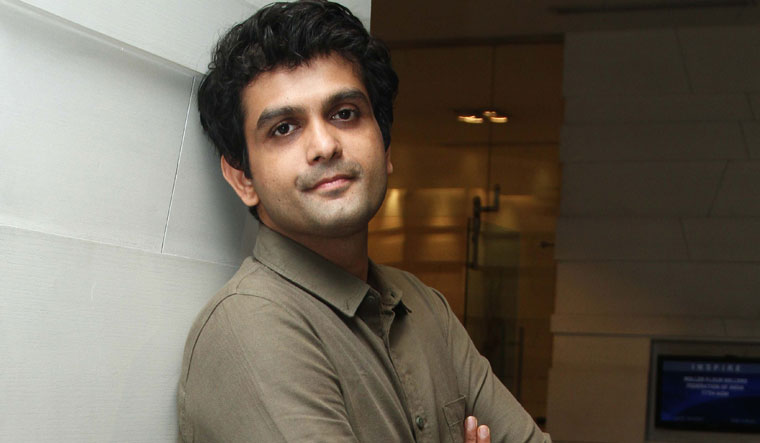 In a 2017 interview, Amit Masurkar had said that the box office success of his political satire, Newton, showed that there was an audience in India that wanted something more than the usual Bollywood fare. He says Sherni, too,—his third directorial venture, set to be released on Amazon Prime—might appeal to the discerning viewer. Part thriller, part dark humour, the film is set in an area near a jungle where a displaced tigress has wandered into. The story captures the man-animal conflict that ensues.

The film took shape quickly. “The story and screenplay writer Aastha Tiku and research associate Siddhesh Kankekar looked at numerous cases of displaced animals from all over India, and common patterns started emerging. We began assembling a cast and crew of like-minded people and everything happened so fast,” says Masurkar. A third of the film was shot near Bhopal last March, before the lockdown played spoilsport. Then, when things started opening up, the crew regrouped in Balaghat in MP, and shot the rest of the film with strict Covid-19 protocols in place.

The thought of having a lady forest officer as the protagonist was rooted in reality—the forest department employs a lot of women. Also, Aastha (the writer) felt that she could write female characters better. Meeting with some women from the forest department also helped, says Masurkar. The subject resonated well with Balan, who immediately came on board. The two have previously worked together on a number of ad films. “I never thought someone would make a Hindi film on this subject,” Balan told THE WEEK. “You see a lot of Hollywood films explore this world, but not Indians. It is a world that is quite unfamiliar to me. I was not even aware of the work put in by women in the forest department, who are posted in the thick of the forests, cut off from the rest of the world. And to be on duty at all hours—protecting the wildlife, keeping the tribals safe and warding off encroachers and poachers—it is all very exciting.” 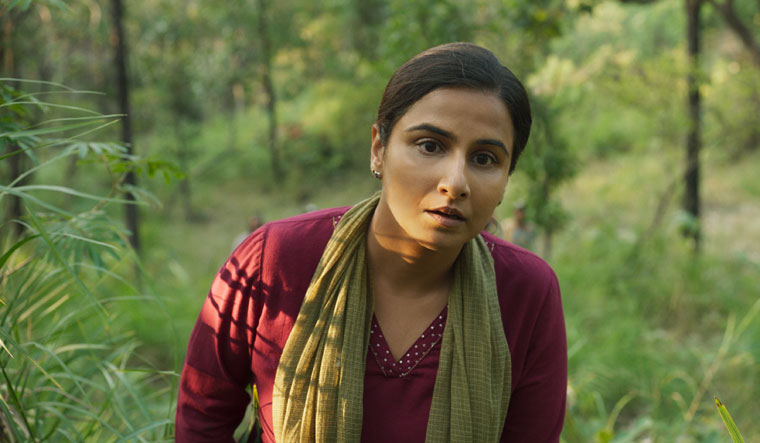 With this offbeat plot, Masurkar is evolving as a distinctive storyteller who is determined to avoid Bollywood’s formulaic fare. “Actors and producers in positions of power are now open to new ideas. So it is a great situation,” he says. Like someone famous once said, great ideas take time to come to fruition. Masurkar, who dropped out of engineering school to pursue filmmaking, would agree. His directorial debut, a slacker comedy called Sulemani Keeda (2014), was followed by Newton—his national award-winning sophomore outing—three years later. And four years after that, he is back with Sherni. “Filmmaking is not easy if you love cinema. Also, I am not driven to make just any film. I want to do films that I believe in and that I would enjoy making,” he says. In Sherni, Masurkar dons three hats—of director, co-producer, and co-writer of dialogues. Where is this confidence coming from? “It is slowly built, if one trusts the process,” he says. “One has to spend time with the writers, with subject experts, meet people, read material on the subject and take an effort to sink deep into the world of the film. Automatically, you find that other producers, actors and crew members start trusting your instincts.”

Of course, it is not as easy as it looks. Even the most stellar performances and engaging screenplays fall flat with lacklustre dialogues and sloppy editing. Masurkar, 40, left no room for mediocrity. “I don’t like punchy lines! Whatever little humour there is in this film is organic to the story and situations of the characters,” he says. “I prefer to write dialogues in English and Hindi, depending on the scenes. Since the film is set in Madhya Pradesh, we got a co-dialogue writer on board, Yashasvi Mishra, to add a colloquial flavour.”

As we near the end of our conversation, I ask if we can expect an Oscar for Sherni? “Many good regional films came out this year, so the competition is tough,” he says. “It is for the jury to decide the one which will represent India.”