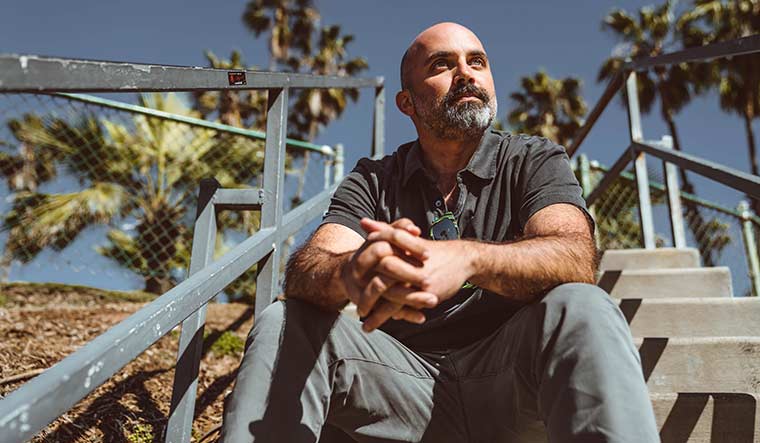 On August 12, 2017, white supremacist James Alex Fields Jr. rammed his car into a crowd of people who had been counter-protesting a white supremacist rally in Charlottesville, Virginia, killing 32-year-old Heather Heyer and injuring 19 others.

“It was a recent tumultuous period in our history,” says Ben Rekhi, director of The Reunited States, a documentary about a handful of people trying to hold together an increasingly polarised America. “There was so much of passion, fear, anger and emotions surging on both sides of the political divide. That is when I realised that there was a movement of everyday citizens who were willing to bridge this divide.”

One of them was Heather’s mother, Susan Bro. “I was really struck by the fact that Susan, who had lost a daughter, was able to take this and transform it into something positive. So I reached out to her and that was the beginning of the journey of making The Reunited States,” says Rekhi.

The documentary follows five people who are doing their bit to heal a nation riven by partisanship, racism, radicalisation and hatred—Bro; Greg Orman, an independent politician who wants to provide an alternative to the two party system; Steven Olikara, founder of the Millennial Action Plan, a coalition of young lawmakers working to strengthen democracy; and David and Erin Leaverton, a couple who sold their home and travelled across all 50 states of the US to find out the underlying issues tearing America apart.

Choosing his protagonists and striking a balance between informing and entertaining were a challenge, says Rekhi, 42, who travelled across 20 states to shoot The Reunited States, his debut documentary. Perhaps as an antidote to the dehumanisation of politics, The Reunited States focuses on human stories— Erin breaking down at hearing the tale of a black woman who loses her baby due to negligence; the couple talking about how, having a daughter with Down Syndrome changed their perspective on life; Orman’s reaction upon losing the election for the governorship of Kansas…. What Rekhi has attempted is to look at the problem from a different angle, through the perspective of the peacemakers rather than the hate mongers.

To the criticism that the message he is trying to convey through the movie is too naïve, he replies, “Ultimately, we have a very simple message, which is that we need to see and hear each other in order to move forward together. If that sounds naïve, then what is the alternative?” 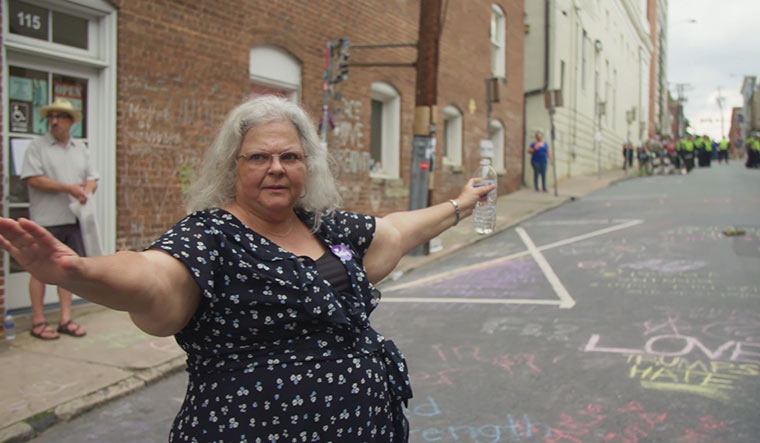 Brave soul: Susan Bro, who lost her daughter to a hate crime

As a Sikh-American who has straddled two cultures all his life, Rekhi is no stranger to division. His father was born in Rawalpindi, moved to India during Partition and was part of the first big wave of Indian immigrants who went to the US in the 1960s. He met and married Rekhi’s mother, an American, in 1971. “So I have always grown up with a foot in both worlds,” says Rekhi. “India is a place I feel very connected to. As a bridge between two countries, my hope is to do stories that can reach both and help to change perceptions in both.”

In a way, he has already done that with The Ashram (2018), a spiritual thriller set in the Himalayas starring Melissa Leo, Sam Keeley, Kal Penn and Radhika Apte, about the followers of a mysterious guru. His directorial debut, Waterborne (2005), about a waterborne virus that spreads through Los Angeles resulting in a lockdown, seems to have been strangely prescient in these pandemic times. “It is so bizarre,” says Rekhi with a laugh. “Sometimes, some of these movies are ahead of their time.” The film was an SXSW Audience Award winner.

The Reunited States’s producer, Raj Krishna, says that he had been tracking Rekhi’s work and had been wanting to work with him for long. “I had known Ben since 2016 when he directed The Ashram and after that, Watch List (2019), which was about the drug wars in the Philippines. We kept in touch and when he brought me The Reunited States, I found it to be such a fascinating story. It was a way for me to learn about these stories and to deepen my understanding about various political ideologies different from mine.”

Rekhi, who has worked with those like the Coen Brothers and George Clooney, grew up in northern California and got into filmmaking in his pre-teens, when he and his friends would play with the family video camera. “I had a leather jacket and hat, and we started making these Indiana Jones films in the backyard. We must have made more than 80 of these over the course of a couple of years,” he says. According to him, there was a purity to his filmmaking then, when there was little stress, the biggest obstruction to creativity, and no pressure to do well financially.

In a way, it is this purity that he is trying to return to with films like The Reunited States, which is set to release in India later this year. He says that there is much the documentary has taught him. From leaning pretty far left, he became more moderate after shooting the film. Ultimately, he says, what he has learnt is that the story is never about politics; it is about people. “Division is within all of us,” he says. “It cuts across every human heart. We all have the capacity for good and evil, and it is really up to us to decide whether we are going to fight hate with hate or stand up and be the best version of ourselves.”