Kabir Bedi turns storyteller with memoir 'Stories I Must Tell' 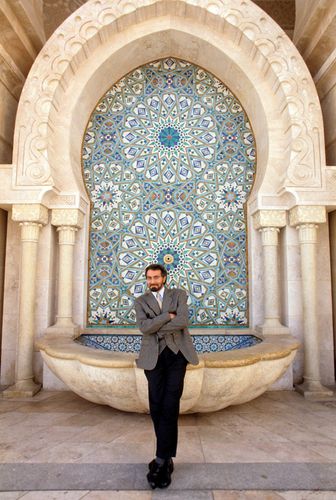 Citizen of the world: Kabir Bedi in Morocco while filming for Italian film Mashamal—ritorno al deserto in 1995 | Getty Images

Kabir Bedi’s decision to become an actor was a hard one. He had initially wanted to be an architect, but was told that working for a living while studying architecture was impossible. So, he studied history at St Stephen’s College, and pictured himself in various roles—as a civil servant (unexciting, he decided); a writer-journalist (maybe, but the pay was bad); a tourist guide (profitable, but it did not feel quite right); a documentary filmmaker (too limiting); a film producer (too ambitious); and so on.

Of course, he could have entered politics. His schoolmates, Rajiv and Sanjay, had moved on from racing toy trains to racing Ambassadors around Delhi’s traffic circles. When Bedi was considering his options, their mother, Indira Gandhi, had become India’s prime minister.

“Politics? Why not? I knew the Gandhis,” writes Bedi in the new memoir Stories I Must Tell: The Emotional Life of an Actor. “But I had no money. If I went into politics to make money, what was the point of it? I couldn’t imagine being corrupt. It went against everything my parents had instilled in me. No, politics was not an option.”

Perhaps it was because of another friend and would-be politician, Kapil Sibal, that Bedi did not even consider a career in acting. “At St Stephen’s, my production of Julius Caesar had Kapil as Caesar while I played the lowly Casca,” writes Bedi. “‘Kooler Talk’, the irreverent student rag, said Caesar had been murdered twice. Once by Brutus, once by Kapil.”

So, in 1967, Bedi moved to Mumbai after deciding that he would become a director. The rest is well-known history: Bedi became the most famous Indian face abroad, working in North America, Europe and Asia, and in film, television and theatre. Playing the eponymous pirate in the Italian TV series Sandokan made him a European sensation, while his villainous role in the James Bond film Octopussy won him friends in Hollywood. As a star, he may not have shimmered as bright in India as he did abroad, but still became part of cult classics like Khoon Bhari Mang.

“I think my greatest satisfactions have come as an actor,” Bedi, now 75, tells THE WEEK. “The greatest of them were the successes I had in Italy, which made me a household word across the whole of Europe, or being in the James Bond film which gave me a worldwide fanbase, or being in The Bold and the Beautiful, which was seen by 400 million people a day.”

Richer for the experience: Bedi with wife Parveen Dusanj | AFP

With actor Parveen Babi in Rome in 1976 | Getty Images

With the cast of Octupussy | Getty Images

Off screen, too, Bedi had an eventful life—perhaps, only too eventful. Soured relationships and personal tragedies often overshadowed his professional successes. In Stories I Must Tell, Bedi has parted curtains to offer a view of his inner life, in terms of both experiences and emotions. “I have written the book through the prism of people and places that I have known, my triumphs and tragedies, my milestones and my mistakes,” he says. “It’s really the emotional roller coaster of my life across three continents.” 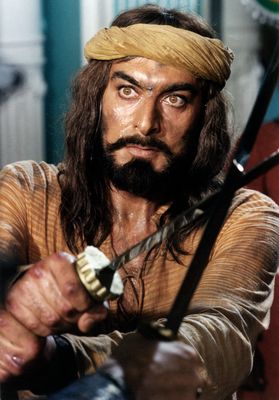 Bedi himself is the product of two continents and cultures. As the son of a Punjabi philosopher-psychic who battled racism in England and a “peaches-and-cream English beauty” who became the first woman from the west to take full ordination in Tibetan Buddhism, Bedi’s extraordinary upbringing set him off on a trajectory that ensured that there would be no dearth of dramatic stories to tell.

Stories I Must Tell stands as a testament to his powers as a raconteur. “East meets West love stories have predictable crises,” Bedi writes, as he narrates a serious argument his parents had as they once picnicked on the lawns of Oxford. His father wanted his mother to peel some oranges for him, but she refused as she did not want to be perceived as servile. “Those oranges almost ended their loving relationship,” Bedi writes. “Luckily for us, their children, they compromised. She agreed to peel the oranges, as long as he didn’t eat them until she had finished. They ate them together and stayed together for decades.”

Parts of Stories I Must Tell read like magical fairy tales—Bedi’s encounter with the Beatles, his years in advertising, meeting the who’s who of European and American cinema, and so on. The stories of Bedi’s trailblazing escapades as an actor alone make the book a must read.

What make it fascinating are the insights Bedi offers into himself and the people around him. He writes candidly, and often searchingly and poignantly, about his tumultuous relationships, the loss of his son, and the painful ups and downs that remade him as a person.

Writing the book, Bedi says, was cathartic. “I had to relive many of those deeply emotional scenes in relationships, the joys of my triumphs, the deepest sorrows of my son’s schizophrenia,” he says. “I had to actually remember those moments, relive them and write them down. And at times, I would break down in tears. It was cathartic and it was revelatory, in the sense that I was able to look back on my life with the wisdom of today and see myself for the person that I was at that time.” 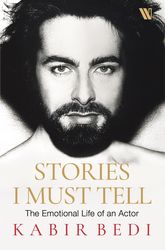 Stories I Must Tell: The Emotional Life of an Actor