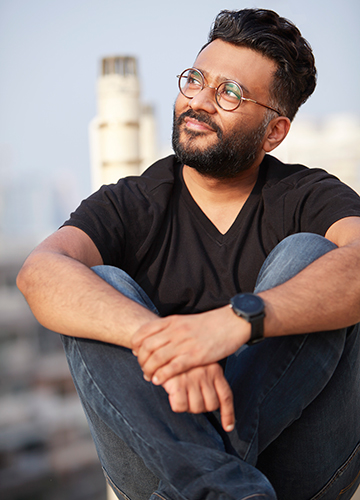 Sudhanshu Saria was adjudged the best director of a non-feature film at the 67th National Awards this year. His psychological thriller Knock Knock Knock was about an old man who designs crosswords and a Nepali boy who befriends him. Saria is on his next project, Masoom, an Amazon Prime series, as well as the third season of Netflix’s Delhi Crime, which he is scripting.

Q\ Tell us a bit about Knock Knock Knock, from conception to completion.

A\ It really was a meditation on ageing. How—as we grow older and experience heartbreaks and disappointments—we build walls to protect ourselves, but it makes us more and more lonely. It was an opportunity for me to set a story in my hometown, Darjeeling, and to showcase characters from that region without turning them into side characters. The fact that it went to so many festivals and won major awards was very prestigious for us.

Q\ What was your reaction to the national award announcement?

A\ I was working on Masoom. So, I remember sitting at my desk, preparing for a big conference call with Amazon when, suddenly, I got this message congratulating me, and I could not make head or tail of it. I thought it was a joke. Then I started getting all these messages and realised it must be real. I am very grateful and was wonderfully surprised.

Q\ What surprises can we expect from season three of Delhi Crime?

A\ I wouldn’t want to say anything about Delhi Crime right now. I was just very surprised to get the call. I was already busy with Masoom and this other feature film, and so I did not think I had the bandwidth to get involved. But the producers were very focused and aggressive about getting me on-board. I am grateful they managed to do that.

Q\ Who are the filmmakers you look up to and whose styles have influenced yours?

A\ There are so many and I feel like it changes on any given day. Alfonso Cuaron, for the way he engages with his culture and brings incredible authenticity and detail. Steven Soderbergh, for his ability to do a Traffic or an Erin Brockovich. Among Indian-origin filmmakers, I admire Mira Nair for the way she stuck to her guts, told her story and charted this really interesting career. When I look at my colleagues, I see the work of Neeraj Ghaywan, Vikramaditya Motwane and Alankrita Shrivastava. These are incredible people who are focusing on their truths and telling it in an entertaining way.