Munaf Kapadia: From selling ads at Google to selling samosas at The Bohri Kitchen 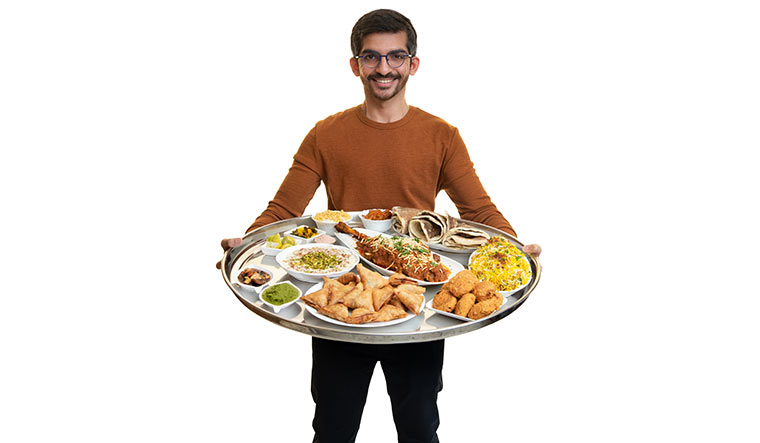 A lot on his plate: Kapadia with a bohri thaal.

The guy who quit Google to sell samosas has now written a book titled… yep, you guessed it: How I Quit Google to Sell Samosas. Munaf Kapadia’s story of starting The Bohri Kitchen (TBK)—a unique home-dining experience designed around the culinary traditions of the Dawoodi Bohra community—is the stuff of social media lore. That is because Kapadia, 31, a former account strategist at Google, not only has an engaging story to tell, but he is also great at selling his story.

“I am addicted to the idea of story-telling,” Kapadia tells THE WEEK. “From day one, TBK was more of a social media startup that used successful brand-building strategies.” Putting down TBK’s story in print was only a natural progression, even though it was “phenomenally difficult” to write long-form content, he says. Whenever he got stuck, his wife, Zahabia, (“whose writing skills are far superior to mine”) helped out.

So here is the story in capsule form. It had been over a year since Kapadia had joined the Google office in Mumbai and moved in with his parents. One Sunday afternoon, he found himself fighting with his mother over the remote control. It was the mother’s saas-bahu serial versus the son’s sitcom. Then, something struck Kapadia. His incredibly talented mother needed something better than Candy Crush and OTT shows to keep her occupied. “I went for the lowest hanging fruit that I could find—her cooking,” he writes. And thus began TBK in November 2014. 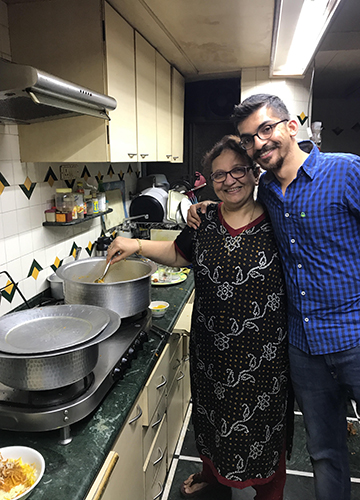 But he would never have considered scaling TBK into a full-fledged business if his super boss at Google, Vikas Agnihotri, had not called him into one of the conference rooms—eight months after he started TBK as a part-time venture—and grilled him about the project. “We’ve heard and read a lot about what you’ve been up to with your mother, and I wanted to speak to you and understand if you had any serious plans to pursue it,” Agnihotri told him. An hour later, Kapadia had made the decision to quit Google.

Five years later, the food startup had crossed 04 crore in revenue. Kapadia started delivering Bohri food in 2016, when he purchased a 200sqft space in Worli. He soon expanded to five outlets in Mumbai and employed over 40 people. All the chefs had been personally trained by the famous ‘Nafisa aunty’, his mother. Her specialties included raan in red masala (a one-kilo plus leg of mutton marinated for over two days and cooked on a high-pressure flame for two days); kaari chawal (curry made from ground peanuts, coconut milk, dry fruits and whole spices); and Bohra dum biryani (multiple layers of rice, masala, marinated vegetables/meat and the signature potatoes).

“People keep appreciating me for everything I have done for my mother,” says Kapadia. “But it is actually the other way around. It is she who empowered me.”

Standardising his mother’s recipes, which had been mostly perfected through intuition honed over decades of trial and error, was one of the biggest challenges. There were numerous others, from managing high temperatures in a commercial kitchen to constantly monitoring the water rationed for cooking and cleaning. By December 2016, his savings from the sizable annual income he had been earning at Google, had almost been wiped out. The enterprise was then too small to generate significant profits. He was almost ready to call it quits when he got a call from Forbes informing him that he had made it to their 2017 ‘30 under 30’ list. “In a way, this win served to validate two years of hard work, grit and incessant relationship building,” he writes. “I thought to myself, I can’t shut TBK down before I appear on the cover of Forbes India. That would be really embarrassing.”

After Forbes and a few more TBK meals hosted at home, his mother’s cooking took off. A multitude of stars—including Farah Khan, Aditya Chopra, Rishi Kapoor and Hrithik Roshan—either ordered or came home to dine. There were surprises. Like the time a pretty lady came wearing sunglasses that she did not take off. Kapadia’s father, not exactly an expert on tinsel town, called him aside and said confidently: “She’s that half-Bohra actor.” His guess turned out to be correct. It was Aditi Rao Hydari, who later tagged TBK on Instagram with a photo of Kapadia’s mom captioned: “Goddess of TBK”, which helped propel the venture to new heights of fame. 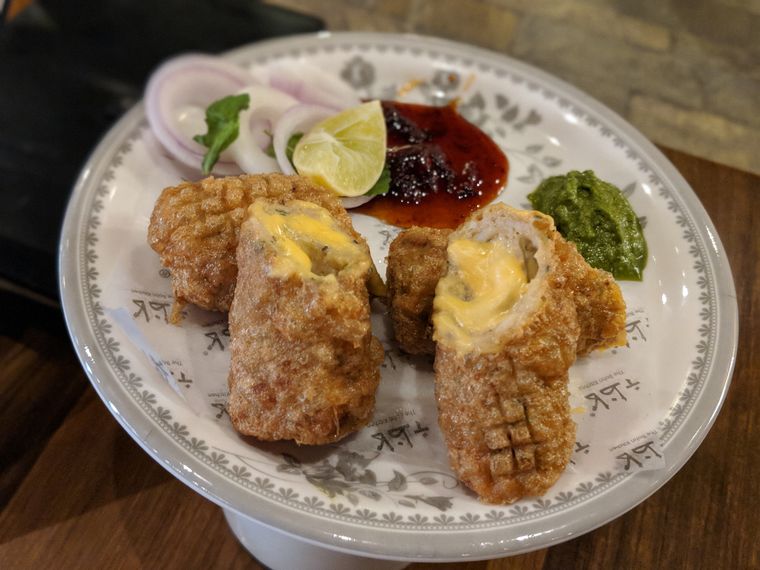 What is compelling about the book is how brutally honest Kapadia has been. Like the time he talks about his “crying fits”. The first episode was in 2016, when he felt as if he had a “volcano inside of me, on the brink of eruption, and it had finally been set off”. Two years later, he sought therapy and was informed that what he was experiencing was a physical response to stress, similar to a panic or an anxiety attack. “In the years ahead, my professional wins and milestones left me feeling worse,” he writes. “How did that work? Every time something good happened… I grew even more dependent on that feedback to validate myself—not just professionally but also personally. My business became my identity and I channelled everything that happened with TBK—good or bad, right or wrong— into my own sense of self-worth.”

Unlike most “passion-to-paycheque” startup stories, Kapadia’s does not exactly end on a high note. With the pandemic, his business took a hit. Many outlets had to be shut down and he had to let go of some of the staff. “I thought I would have to close down TBK,” he says. “Everything I built would cease to exist. It was the saddest feeling in the world.” Things did start looking up after that. Even though they had to go from 200 orders a day to 30 orders, they still made a profit. But what he learned through all this was that TBK was not his identity. “And while its story is linked to mine, it does not end with me. TBK is now an independent entity of its own,” he writes. “As for me, well, all I have learnt and gained as Founder and Chief Eating Officer of TBK are things I wouldn’t have been able to even imagine doing while working as an employee at any company in the world.” HOW I QUIT GOOGLE TO SELL SAMOSAS