Hyderabad's Open House: A place to heal and survive 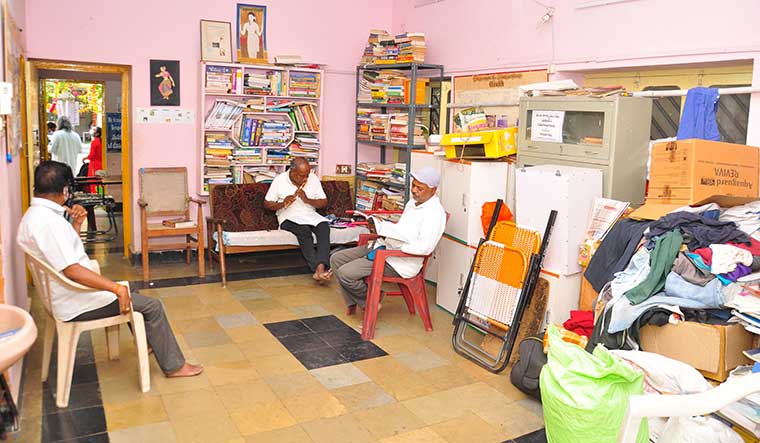 Happy space: One of the rooms in Hyderabad’s Open House.

As we made our way into a private property in Kothapet, Hyderabad, colourful banners and plants greet us outside the house. Entering the two-storey building, we spot two men sitting, surrounded by bookshelves and basic furniture. In a second room, clothes were arranged in a corner and there were more bookshelves. There was also a kitchen with utensils and provisions. People walked about the house, oblivious to our arrival. It is a typical day at Andhari Illu, aka Hyderabad’s Open House.

“We never ask anyone who they are or why they are here,” said V. Surya Prakash, a doctor who founded the NGO Life-Health Reinforcement Group in 1999 and Open House in 2006. Anyone who walks in can read, cook, eat and even borrow clothes, free of charge. “In my absence, he is the elder of the house,” said Prakash, pointing to Arun (name changed), who has flowing grey beard and hair. A banker, Arun came from Chennai a few weeks ago. He does not wish to open up about his struggles, but he says that the place has prepared him to bounce back in life.

Prakash and his wife, Kameshwari, a gynaecologist who has her clinic on the first floor, have been serving society for long. The couple started selling bananas in 2001 to fund their outreach. Prakash later started a dosa counter on a similar model. The couple had treated victims of the 1999 Odisha floods and 2002 Gujarat riots, and more recently offered free online consultations to hundreds of Covid-19 patients. The house stayed open throughout the lockdown with the permission of local authorities.

“I do not have bank accounts or properties in my name,” said Prakash. “The easiest thing in this world is to earn money and I keep away from everything that turns into a business.” 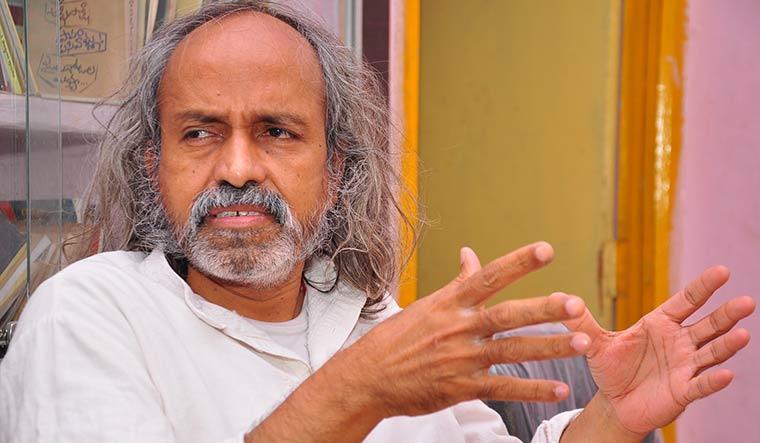 “I used to go out looking for people who are hungry. People thought I was insane,” he said. But things are different now. His work has spread across the country and Prakash has set up 100 mini libraries. People donate groceries for the house or send clothes for the needy. Visitors are discouraged from staying the night, but are not stopped from doing so.

We met Gyaneshwar Rao, a retired government employee who was playing the flute. “It feels good to be here. So, I drop in sometimes and also get groceries for the kitchen,” he said. “I also find appreciation for my [playing] skills here.”

Many visitors are youngsters who have lost jobs, home and hope. “We had a software professional who lost his job,” said Prakash. “He did not have any money and could not go home. He used to cook and eat his food here. Once he got a job, he conveyed his gratitude and moved on.” Other youngsters spend hours preparing for exams under a tree, which has a treehouse on it, too.

“Anyone can start this facility,” said Prakash. “Just imagine if every colony has such open houses. It will make such a big difference to our society.”