The Serpent, the Netflix show on Charles Sobhraj, shocks you out of your complacency 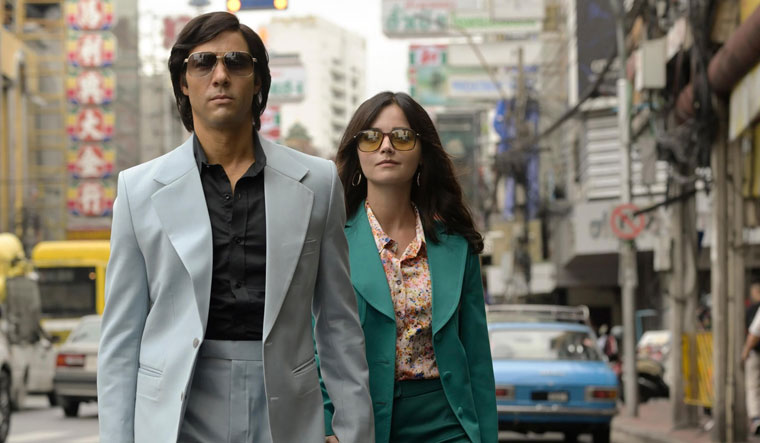 During a recent discussion about why parents are so over-protective of children these days as compared with a generation earlier, it was posited that perhaps part of the reason was the deluge of information out there today—thanks to the internet—that gives you an idea of the kinds of traps your child could easily fall into. The Serpent—about serial killer Charles Sobhraj—is one such show that shocks you out of your complacency and exposes human depravity in all its breathtaking scope.

The eight episode mini-series follows Sobhraj (Tahar Rahim) as he befriends westerners backpacking through the hippie trail of South Asia in the 1970s. He then drugs and robs them, occasionally burning them alive when it suits his purposes. The highly sophisticated sociopath murders meticulously and methodically, not relishing the pleasure of the kill, but not exactly despising it either. There is something magnetic about his cold-blooded cruelty, in the way he preys on those who are lonely, weak, insecure or sad.

There are many admirable things about the show—like the way it recreates the hippy hedonism of the 1970s through the costumes, the cinematography and the background score. But where it succeeds in providing spectacle, it fails in providing substance. Rahim plays his part a little too well, so that what is meant to be a sophisticated impassiveness deteriorates into a sanitised blandness. He is too opaque for us to get a sense of who he really is or why he does what he does.

The structure of the series, too—where it goes back and forth chronologically—becomes too confusing after a point. As the narrative careens from one timeline to another, it starts tottering precariously. The past mostly deals with Sobhraj’s various crimes, and the present with the efforts of a Dutch diplomat, Herman Knippenberg, to catch him. Knippenberg is depicted as the yin to Sobhraj’s yang, a crusader for justice who is meant to restore our faith in humanity. But if Sobhraj’s blackness is too opaque, Knippenberg’s whiteness is too blinding for us to relate to it. His talk about the worth of human life and the dignity of mankind seems a little too pat.

While the show makes a genuine attempt to provide answers, it does not seem to know what exactly it is attempting to answer. We know what happened. We just do not know why it happened .