Raghava K.K. seeks to democratise art through his new project on social media 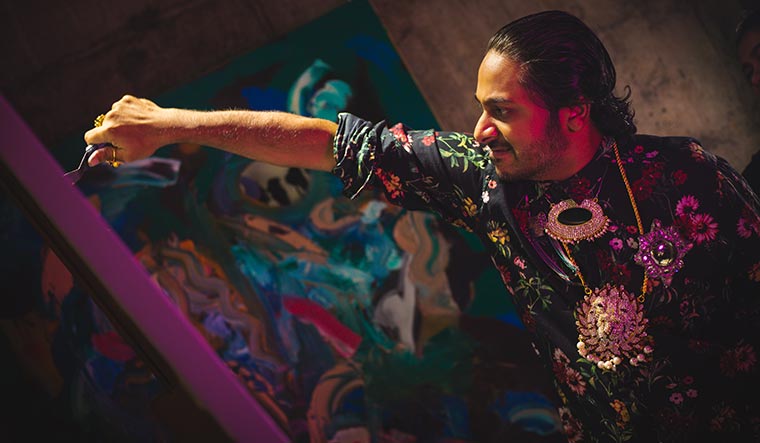 Raghava K.K.’s work is everywhere. Be it the double-headed tiger that adorns Sachin Tendulkar’s living room, the backdrop used by American folk singer Paul Simon on the global tour of his album So Beautiful or So What, or his recent much-talked-about art collection on Instagram titled Eye Candy, the artist has made his mark around the world.

“Art beyond the gallery into the world at large, that is my dream,” said Raghava. “A painting should not just be a commodity. It has to be more than that. It has to be something that inspires people to live the best versions of themselves.”

The Bengaluru-based artist has come a long way since his days as a newspaper cartoonist. Raghava experiments with diverse media such as painting, sculpture, charcoal, iPad art, film and installation. In 2010, CNN called him one of the ten “most fascinating people you have never heard of” after Raghava’s speech at a TED Conference in California.

On his travels, Raghava has often produced works for many a global figure. On a trip to Morocco in 2001 as the guest of the famous artist Farid Belkahia, Raghava learnt that Princess Lalla Salma of Morocco was a lover of art. The princess bought one of his collaborative works. “It was an 8x10ft work with a world map on it, celebrating global peace,” said Raghava. “Farid was my guru, and it was because of him that we were able to make the collaborative piece for Princess Salma.”

Raghava was all of 18 when former Pakistan prime minister Benazir Bhutto bought his watercolour series on love. “I was in love. I believed in love. That was all one needed then,” said Raghava of the series. He had shown his work to Bhutto in a private show arranged for her at the Harvard University Campus in Boston, USA. 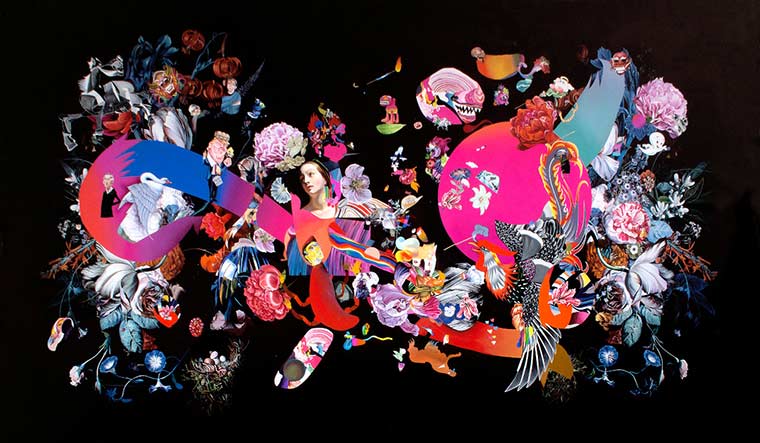 For Amazon CEO Jeff Bezos, he did something unusual. “I painted with him and his children for a private experience,” he said. “And Bezos bought the work we created together.”

Speaking of the painting used by Paul Simon—one half of the legendary Simon and Garfunkel musical duo—Raghava says the original was bought by a billionaire in New York. Drawing inspiration from Simon’s song ‘Still Crazy After All These Years’, Raghava did another work, which Simon bought.

But life has not always been kind to Raghava. His recent divorce after 17 years of marriage shook him to his core. Personal tragedies disturbed him on his journey to the dizzying heights of success. “Throughout my career, I have been told that I would burn out and cease to be relevant,” he said. “The world always said this guy was all hype.” But Raghava took refuge in art in times of crisis. 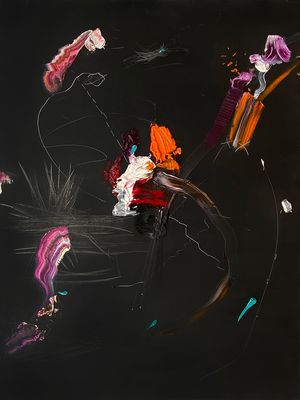 He crossed two big milestones in 2020. He completed 25 years in the world of art and also turned 40. “Twenty-five years later, I am still showing up. For me, that is a real celebration,” he said. “I still believe in art. I still want to do something different. I want to celebrate that, and not my achievements. I have deleted all my old posts on Instagram. They are irrelevant. What is relevant are the ideas in my head right now, packaged in an honest and meaningful way.”

Raghava believes art should be accessible to everyone. “Now it serves only the exclusive needs of a capitalist market. It is a niche and an extremely exclusive small market that does not serve a community,” he said. And so, Eye Candy seems to have been driven by his desire to democratise art. It made high art accessible, sparking conversations on social media. The virtual exhibition is easy on the eye as well as intellectual. A bold attempt to demystify human emotions, it makes you stop and think. “We wanted to slow people down through Eye Candy,” said Raghava. “You do not have to get a PhD to understand art. You could watch it on social media. That was the experiment.”

That said, it was a challenge to present high art concepts and high philosophy ideas to an audience that is perpetually scrolling on their phones, giving little thought and time to what they see on the internet. “Social media is widely used for trolling other people and for spreading hate,” said Raghava. “People exaggerate their self-worth on such platforms. I wanted to bring back meaning to the visual [aspect] on social media.” Eye Candy was a collaboration with Under 25 Studios, India’s largest youth community.

The havoc caused by the pandemic has left Raghava perturbed. He believes artists have a significant role to play in these dark times. “I think the time for artists has come. It is a creative age. Artists cannot just sit in a room and paint. They need to create imaginations for humanity itself,” he said. Even believing in a better world is beautiful, he adds. “If you do not believe your life will get better, there is no chance you are going to get better. Art allows you to glimpse into an alternative world or reality.”