Filmmaker Don Palathara draws on his roots to mould his characters 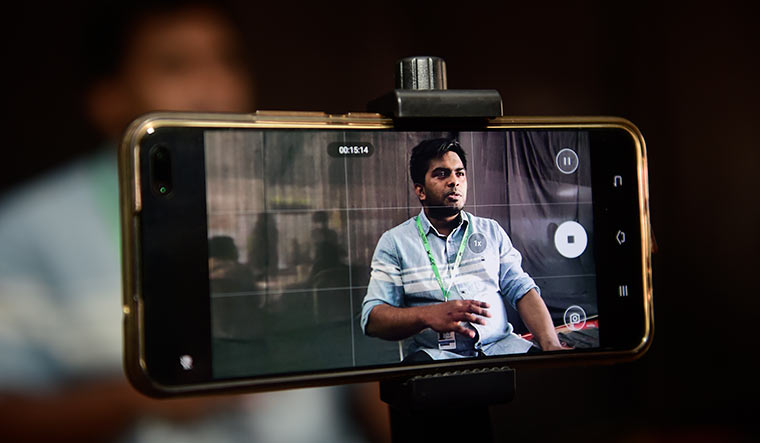 Filmmaker Don Palathara, 34, is a simple man, unlike his characters. The daring and unconventional storyteller’s films have been praised at several international film festivals. Currently, two of his films—1956, Central Travancore and Santhoshathinte Onnam Rahasyam (SOR)—are being screened at the 25th edition of the International Film Festival of Kerala (IFFK). It is rare for two films by the same director to make it to a major film festival in the same year.

1956… is a period drama that portrays life in Kerala just before the land reforms changed the socio-economic milieu of the state. The film had its world premiere at the 42nd Moscow International Film Festival. In an email to Peter Attipetty, a former media specialist at the Milwaukee Area Technical College, Wisconsin, master filmmaker Adoor Gopalakrishnan praised 1956.... “There is a certain style and consistency in his work…. Very good, it is getting the right attention,” he wrote.

Palathara’s latest flick, SOR, had its world premiere on February 14 at the IFFK. The 85-minute-long film, starring Rima Kallingal and Jithin Puthenchery, is a relationship drama shot completely inside a car, with the camera fixed on the dashboard. SOR, filmed in one continuous shot, is a milestone in Indian film history. Such one-shot feature-length films are a rarity in world cinema itself.

“I wanted to give a constraint both temporally and spatially for this film,” says Palathara. “One space, one time and one shot—that was the idea.” Kallingal and Puthenchery learned by rote each dialogue before the shoot began. “Don was clear about his idea,” says Puthenchery. “Before the shoot, we had rehearsals and a workshop. During our first rehearsal, random situations were given to us to perform. Don shot the whole thing. Almost a month after that session, Don sent the final draft of the script to us.”

Though it was scripted, Palathara gave his actors the freedom to improvise during the takes; he gave dialogue credits to both Rima and Jithin. Five takes were shot, and he turned the best one into the final version. Shooting finished in six days. 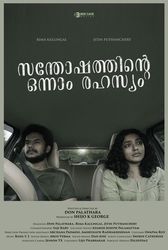 The film’s title is a reference to the first joyful mystery—the annunciation to the Virgin Mary—in the rosary prayer of Catholics. All his films are either placed against a Catholic backdrop or have references to Christian philosophy, theology, literature and art. For instance, the main plot of 1956… revolves around two brothers—a reference to the recurrent motif of sibling bonds and rivalries in the Bible. His critically-acclaimed debut film, Shavam (2015), portrayed the funeral rite in a Syrian Christian Catholic family. His second film placed the conflicting values of a father-son duo against a Catholic backdrop.

“I come from a highly religious community and family,” says Palathara. “The church has had a major influence on our family. There are many priests and nuns from my family. From nursery to high school, I studied in Catholic institutions. So, this power relationship with the church was always there.” He adds that as a kid he used to read a lot of Biblical stories in comic-book format. “Before the age of 10, I had even wished to become a Catholic priest,” he says.

But Palathara’s destiny was not to become a priest, but a filmmaker. He got to look at his faith and religious community objectively when he went to Australia for his higher studies. He is not a staunch follower of Catholicism now, but he feels that there are still many Catholic elements in him. “Because I come from a family deep-rooted in the Catholic faith, a lot of things in my work are still Catholic,” he says.

Palathara has a masters in information technology from the University of Tasmania, and an advanced diploma in filmmaking from the Academy of Film, Theatre and Television, Sydney (formerly International Film School Sydney). To afford film school and to repay his educational loan, he did several jobs—including working in a factory and petrol station—after his postgraduation. His first job after getting his degree was as a baker.

Film school made him technically strong and developed his filmmaking style. Analysing his style, Peter wrote that he “does not use any of the usual techniques to emotionally manipulate the audience”. He also said that “the actors do not act, but behave naturally. Characters are kept at a distance, [and] camera movement is minimal to nothing.” One would also find an ingenious use of static shots and minimal use of musical score in his works.

However, the most notable element in his first three films was that they were all in black and white. “While shooting 1956… I asked Don whether we can deliver the film in colour,” says Alex Joseph, the film’s cinematographer. “But Don did not want his audience’s attention to go to any particular colour or element in the screen. He wanted it completely on the characters.” However, his latest flick, SOR, is in colour. When asked about it, Palathara said that now he feels he has more control over colours. Masterfully-crafted films like Andre Rublev (by Russian auteur Andrei Tarkovsky) and Satantango (by Hungarian filmmaker Bela Tarr) have influenced his film aesthetics. But as a storyteller, Palathara draws from his own roots.

The filmmaker hails from the small village of Karunapuram in Kerala’s Idukki district. His house was the prime location for his first film, Shavam. His grandfather Thomas, to whom 1956… is dedicated, was his greatest source of stories. “My grandfather’s tales had both realistic and fantastic elements,” says Palathara. “And, he had the talent to deliver both myths and real-life stories in the same fashion.”

Palathara is also a treasure chest of stories and legends. And, he has already proven that a Rs100-crore budget or a star-studded cast are not required to make a good film. A powerful story is the only requirement.