Lad and the road 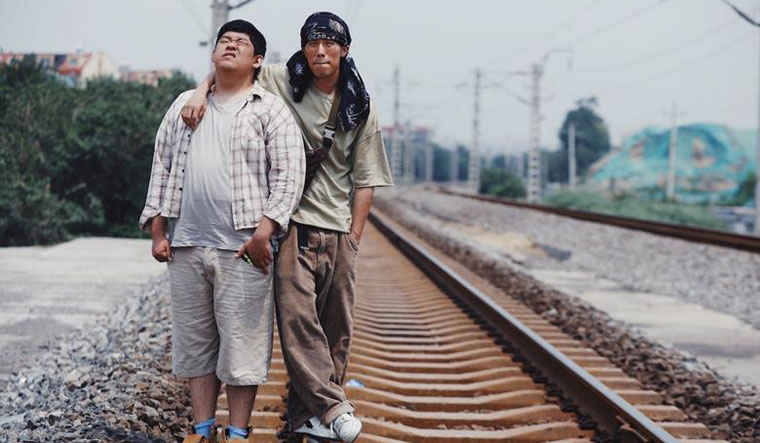 Kun is in his final year at film school. He is a talented sound recordist—in fact, more talented than his sound effects lecturer. Kun is carefree and prefers goofing around in the city to sitting in class.

The lad is constantly at odds with the world. The film opens with a scene where he abandons his driving test and goes on to buy a clapped-out Jeep. He dreams of going on a trip to Inner Mongolia in the Jeep. He does get a chance to take a ride to Mongolia with a pretentious filmmaker, Ming, and his crew, but things do not go as planned.

Striding Into the Wind by debutant filmmaker Wei Shujun is an idiosyncratic road-movie that depicts contemporary China. The film depicts how Chinese youth are pushing their limits and embracing free-spiritedness under the nose of an authoritarian regime. The film has a unique visual language. The director keeps Kun’s happy-go-lucky nature in the foreground and more serious conversations in the background, showing the contrast between his nature and the world around him. This semi-autobiographical film premiered at the British Film Institute’s London Film Festival last year and was an official selection at Cannes 2020.