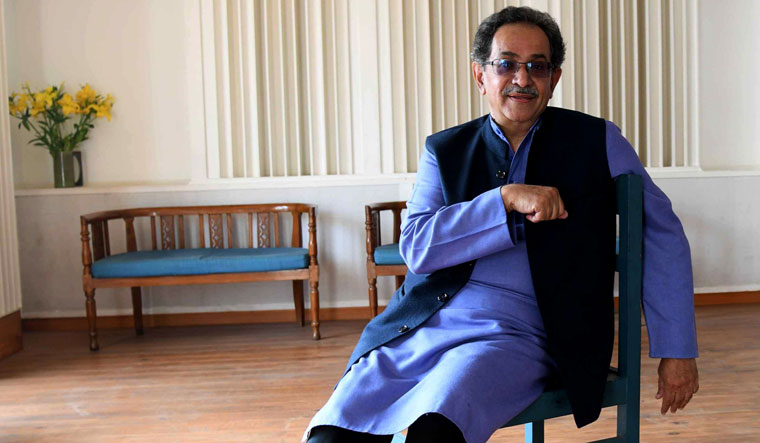 Most of the siblings in the Padamsee family had met their future partners through theatre in 1940s Bombay. In an amusing courtship scene in the book Enter Stage Right, the three boyfriends of the Padamsee sisters hang around a bus stop from where they can see the balcony of their lady-loves. One of the suitors is Ebrahim Alkazi who will change the course of Indian theatre; the second one is Hamid Sayani who goes on to become a legend in the world of radio and advertising; and the third is Deryck Jefferies, the lighting maven of the Theatre Group founded by the precocious, Oxford-returned Sultan Padamsee who died aged 24 in 1946. 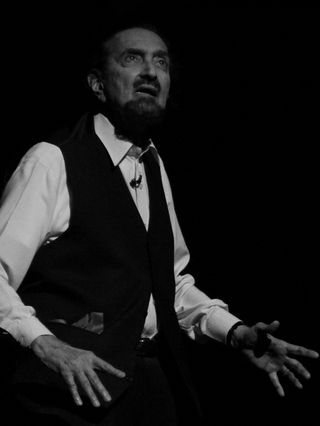 Alyque Padamsee in Death of a Salesman

While the three Romeos expectantly wait for their Juliets to appear, Ebrahim pretends to read a book, Hamid rehearses magic tricks and Deryck ruminates on the next electrical invention. One day the father of the ladies, Jaffer Ali Padamsee, simply explodes at the boys: “Get out of here and do not come back to my house, you are spoiling the name of my daughters.”When the boys return next, it is with the proposal of marriage.

How does one write a family memoir? Does it have to be a tell-all account to please the reading public? How does one accord dignity and respect to siblings, grandparents, lovers and friends without being blindingly biased? At the hands of theatre doyen Feisal Alkazi, the genre acquires a brightly vivid and endearing tone. Measured and candid in equal parts, Feisal effortlessly chronicles the trajectory of one of the most influential alliances in Indian theatre in Enter Stage Right: The Alkazi-Padamsee Family Memoir with an insider’s intelligent discretion.

“I told my editor from day one, ‘You are not looking at some no-holds-barred book, because I am not that kind of person’. I think people have a right to their private life,” says Feisal, son of Ebrahim Alkazi. Chirpy and gracious on a sun-dappled February morning, Feisal plays the perfect host in a purple kurta-pyjama paired with a Nehru jacket in his south Delhi home’s, ‘Teesri Manzil’, which is also a performance space. “One does not want to upset people or be unpleasant in any way. Too much of writing is like that,”he says. 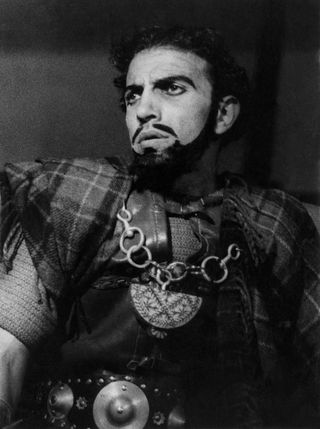 The result is a seamless account of two families on top of the most exciting cultural revolutions in 20th century India. The book creates an enchanting air in the way it does not just make theatre the whole and sole of the memoir project. From architecture to the visual arts, cinema to advertising, fashion to the progressive writers’ movement, the lives and legends from the Padamsee-Alkazi clan have enjoyed a unique vantage point in the arts industrial complex. And, Feisal pays homage to this historicity by interspersing charming family anecdotes. In the chapter ‘Companions for Life’, Feisal describes how eight close friends saw him through his teenage years in Delhi—Yusuf Mehta, artist Tyeb Mehta’ son; the feisty and troubled Pablo Bartholomew (renowned photojournalist); painter Krishen Khanna’s daughter Malati and photographer Ram Rahman were all part of the Delhi gang. There is the mad Saturday night dancing at The Cellar in Connaught Place. Another episode has M.F. Husain bundling these kids and their parents into his Fiat—adorned with his horse sketches—for a joyride to see Helen dancing in Inteqam at Golcha Cinema in Old Delhi. Or, how Feisal would listen to his uncle Ameen Sayani’s deeply refined voice hosting Binaca Geetmala on the radio. These vignettes coalesce with morning theatre rehearsals and Ebrahim Alkazi manning the National School of Drama in the backdrop. “I wish more people of my generation who belong to these families wrote. I have been trying to convince them to write about their stories too. It will be such a rich tapestry of voices,” says Feisal, who is currently completing a biography of artist F.N. Souza, who with poet Nissim Ezekiel and Ebrahim Alkazi lived and studied in post-war London, often counting their pennies over tomato or pea soup.

Scene from Medea, 1961, with Feisal as the little boy

Feisal writes most evocatively when he portrays the women in his family. His formidable grandmother Kulsumbai, his elegant mother and costume designer Roshen and his aunt, actor and thespian Pearl Padamsee (theatre personality and ad-film maker Alyque Padamsee’s first wife) are the characters which stay long after you shut the book. While due reverence is accorded to the larger-than-life persona of Ebrahim Alkazi and the tremendously huge role he played in the development of Indian theatre, he is not treated like a demi-god. “Women were very prominent in our lives,” says Feisal, who jokingly recalls how writer Madhu Kishwar anointed him an ‘honorary woman’ back in 1980. “Anyone who knew my grandmother knew her to be a very unusual woman for her generation, very forward-thinking, progressive, comfortable in her personality. Similarly, with Pearl, and her journey; she just walked into the biggest roles possible for her age in Indian cinema. For years, I have only been doing plays where women are the protagonists.” 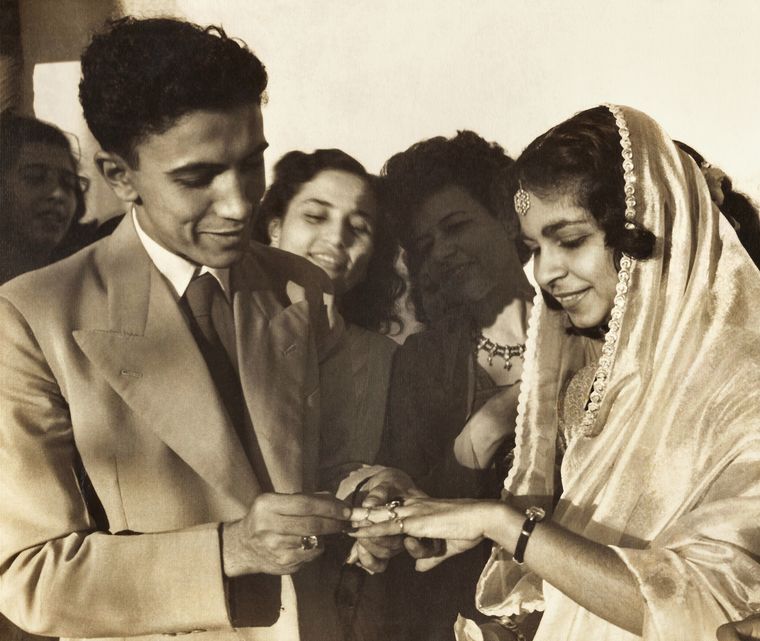 The wedding of Feisal’s parents, Ebrahim and Roshen, in1946

Two recent plays written and produced by him, Noor and A Quiet Desire, also revolve around women characters—Mughal empress Noor Jahan and Rabindranath Tagore’s sister-in-law Kadambari Devi. Currently, he is writing a murder mystery novel set in the Covid-locked GK-2 neighbourhood in Delhi. “It has a 60-year-old Punjabi lady, Mrs Malhotra, as the detective,” he chortles as he points to the window of a Mrs Malhotra-like neighbour he befriended during the lockdown.

Feisal wears the Alkazi mantle with a light touch, never having suffered the burden of expectations in a family where theatre is a way of life. “We have all grown up like this only,” he says. “Talking about shows, reading scripts, characterisation, stitching fabrics and drapes for the stage is common everyday parlance. As long as that remains, the continued nurturing of the theatre scene, the legacy will always be alive.” 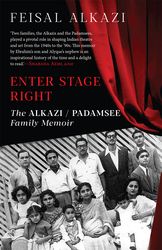