Indian war heroes are being resurrected in graphic novels 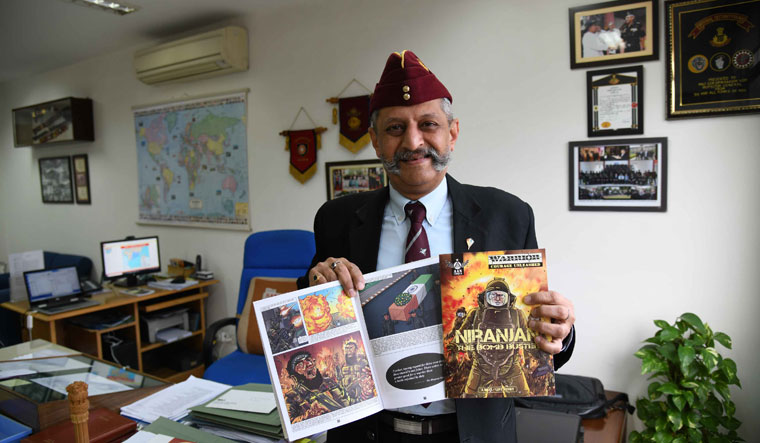 On New Year’s Day 2016, a group of terrorists from across the border, dressed in military uniforms, attacked the Air Force Station in Pathankot. In the 15-hour-long gun battle, India lost three soldiers, and four of the militants were felled. Now came an even tougher challenge—the “sanitising” operation to clear the area of grenades and other explosives, especially those around the booby-trapped dead bodies of the militants.

Lt Col Niranjan E.K., from the National Security Guard’s bomb disposal squad in Manesar, Haryana, was tasked with leading a team quickly assembled for this mission. Bomb disposal is an exacting task. One wrong move could cost you your life. Niranjan took the lead in clearing much of the area, finding two of the dead militants and removing the hidden explosives on them. When he was searching the third body, however, a concealed booby trap exploded, spraying shrapnel all around. Niranjan was fatally injured. However, his valour provided a safe passage for the intervening troops and ensured the neutralising of two more terrorists. He was posthumously awarded a Shaurya Chakra.

Although the incident happened just five years ago, Niranjan has faded from public memory. Yet, his is just the kind of story that would be kept alive in the west through a graphic novel, film or video game. Boys in India do the same, too. They read Commando Comics, watch war movies or play virtual games like PUBG. Unfortunately, most of their heroes are western ones. Niranjan: The Bomb Buster, however, is one of a slowly growing number of graphic novels on Indian soldiers. Written by Major General (retd) Bipin Bakshi, this 36-page paperback is packed with adrenaline and tells, in gripping detail, about the man, his mission and his valour. It makes the story of Niranjan accessible to a generation that does not read much. The simple, conversational language is so much more relatable than official citations. “We grew up reading Commando Comics. They were of World War II vintage, and distanced from us in both time and space. Yet, they were so engrossing and inspiring,” says Bakshi, who strongly feels Indian boys and girls should be introduced to their own, more recent heroes, so that they are more relatable. 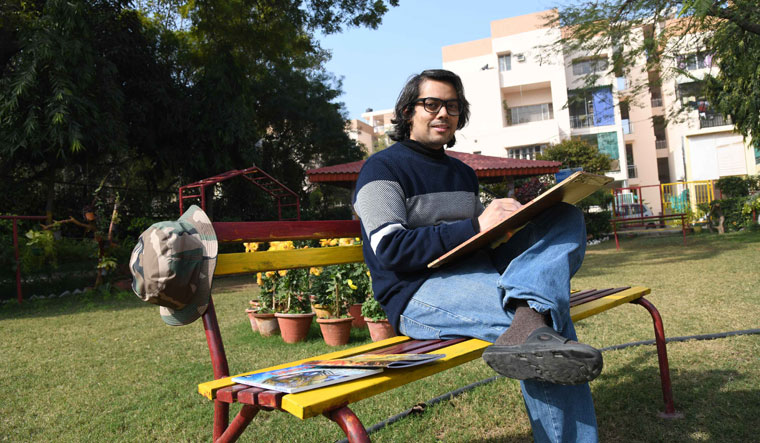 “I was posted to the NSG in Manesar a few months after this operation. We later named an auditorium after Niranjan and unveiled his bust at the premises. I felt that his story needed to reach the younger generation,” says Bakshi, a former para engineer and now, deputy director, Manohar Parrikar Institute for Defence Studies and Analyses. He is also the author of another graphic novel on Lt Gen P. S. Bhagat, India’s first recipient of the Victoria Cross. Bakshi met Bhagat’s daughter, Ashali Varma, several years ago, when an enclave in Ganganagar cantonment, Rajasthan, was being named after the hero. The idea to do graphic novels came out of that encounter.

Bakshi collaborated with Rishi Kumar, illustrator and publisher of Aan Comics, which focuses exclusively on graphic novels on Indian heroes. “The book on Lt Gen Bhagat did so well that I later brought out a Hindi edition, so that the troops could read it, too,” says Bakshi. 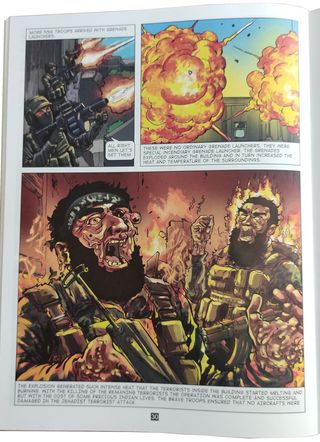 A page from Niranjan: The Bomb Buster

Kumar, 39, was yet another of those youngsters whose childhood diet consisted of Commando Comics. Sketching figures of soldiers, guns and tanks was his hobby. “I had not realised that a childhood hobby would unfurl into a full career,” says Kumar, who has now published around 40 such books, some written by himself, many in collaboration with other writers. “It is still a very niche specialisation,” he says. “I notice that, while in cantonment schools these books do well, there are fewer takers in the civilian world. The effort is, therefore, to increase outreach.”

Independent India’s war stories are aplenty. There are tales of grit and valour. However, these are either chronicled in heavy-duty prose or taken out of context when translated to the silver screen. Making graphic novels on them is a recent phenomenon. Perhaps the first of these was Aditya Bakshi’s ‘Yeh dil maange more!’ Capt. Vikram Batra, PVC, published by Om Publications in 2008. Major general (retd) Ian Cardozo came out with an eight-book series, Param Vir: Our Heroes in Battle, illustrated by Kumar and published by Roli Books. In 2015, Amar Chitra Katha, too, had brought out a special volume on the 21 Param Vir Chakra awardees.

There are, however, so many unsung heroes. Take the story of Col Chewang Rinchen, who became the youngest ever recipient of the Mahavir Vir Chakra at the age of 17. “He captured around 800 sqkm of land for India in Turtuk in 1971,” says Kumar, who is now working on a novel on him. This year marks the golden jubilee of the 1971 war; it will be a year when battle stories will be told and retold. Kumar plans at least four stories on the war, two from battles in the eastern theatre and two from the west.

The format may be a graphic novel, but the research is thorough. Unlike cinema, no literary licenses are taken in these narratives. Thus, it takes time to get the requisite permissions and to do the research. “It is exacting work,” says Bakshi, who is ready to tell a few more stories, soon.