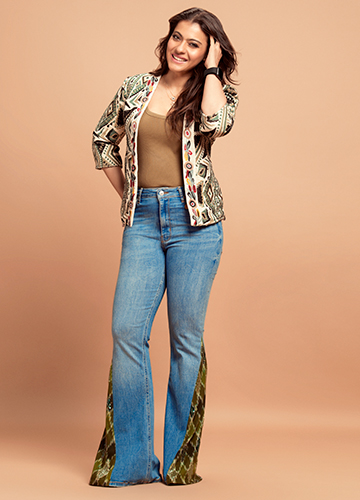 Kajol, who plays an Odissi dancer in Netflix’s recently-released Tribhanga, a film about mother-daughter relationships, talks about her relationship with her own mother and daughter, and about what has changed in the film industry in the last two decades.

Q\ What kind of feedback have you got for Tribhanga?

A\ The reviews are good. At least, we feel we made a good film. I loved the script. Renuka (Shahane, the director) knew exactly what she wanted.

Q\ Was there a personal connect with the film?

A\ Yes. It was definitely relatable. Nayan (Kajol’s mother in the film) is a very strong, individualistic and creative person. My mother is also like that. She makes unconventional choices and has strong opinions on everything. And so is Anu (Kajol), who is very clear about what she likes and what she does not. She is very passionate as well. So yes, there were a lot of parallels. But the relationship which they share [in the film] is different from the one I share with my mother. We have a fabulous relationship.

Q\ Are there any similarities between your reel daughter, Masha (Mithila Palkar), and your real daughter, Nysa?

A\ I definitely see the similarity in their relationship, because Nysa and I have a great relationship; at least I think so. We chill and talk a lot. She is also the one who introduced me to social media and pushed me to be better than what I am. But as a person, she is very different from Masha.

Q\ You look great in the film, but you have never been this conscious about your appearance. What changed?

A\ I think in this day and age, there is so much emphasis on looks that you cannot ignore it. So yes, I do have an opinion today on what looks good on me and what does not, and how I would like to be seen and shown.

Q\ You have been part of the industry for over two decades. How have things changed?

A\ Today, there is so much emphasis on everything. We think and involve ourselves so much in the nitty-gritties that we tend to miss the bigger picture. On the sets, the biggest difference is that today there are many more people in specialised roles and people do not come to have fun anymore. They just come for work. Earlier, one person would do what ten people do now. So the more people there are, the more time it takes for everybody to get on together.