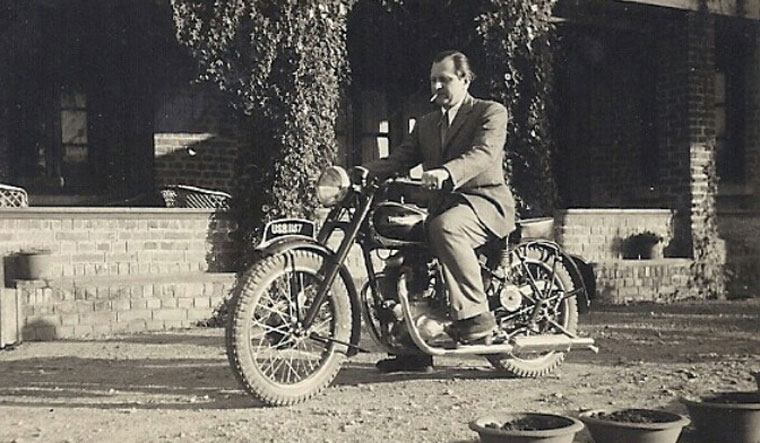 As a young girl living in Sardarnagar village in UP’s Gorakhpur district in the 1970s, Juliet Egan and her elder sister would often ask their father, Victor, a puzzling question: “Why did you give away all of Amri’s paintings to the National Gallery of Modern Art? You did not keep anything! We could have sold them later.” Appalled and amused in equal measure, Victor would retort, “Lord, I did not know I had two greedy daughters.”

Victor Egan was the man who married Amrita Sher-Gil, one of the greatest painters of the 20th century, considered by many to be India’s Frida Kahlo. While reams have been written about Amrita, who was born of a Sikh father and a Hungarian mother, there is scarcely any information about Victor—Amrita’s doctor cousin and best friend whom she married in 1939 in Budapest against her mother’s wishes.

Little is known about Victor’s life after 1941, when Amrita suddenly died in Lahore in undivided India. They did not have any children. At the time of her death, Amrita was all of 28. Amrita’s mother, Marie Antoinette, an opera singer who wanted her daughter to marry someone rich or into Indian royalty, had shot off nasty letters blaming him for her death. 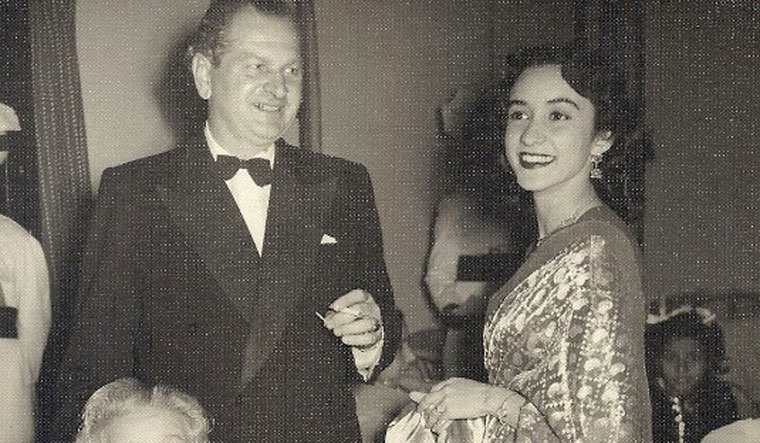 Juliet, who was born in 1964 in Sardarnagar, 10 years after Victor remarried, recalls asking her father why he did not clear the air, since a lot of rubbish was being written about him. “But he did not want to talk about it because he was so heartbroken,” says Juliet, now 54, from her home in Nashik’s Deolali town. “It all happened so fast. They grew up together, and he was totally in love with her. He said those who were close to him knew the truth behind her sudden death, and he did not need to clarify anything.” 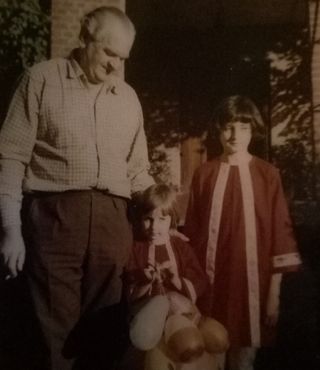 Victor Egan with his two daughters

Late last month, Amrita Sher-Gil’s Portrait of Victor Egan—painted by her in 1939 as a parting gift to her husband’s family in Hungary when the couple were leaving Europe—sold for approximately 010.86 crore at an auction held by AstaGuru. Juliet remembers how the painting cracked when it was brought to India from Hungary in the 1980s in an “uncle’s suitcase”. Following Victor’s death in 1997, it was sent for restoration to Delhi and later brought to Deolali, where Juliet had moved with her son and her widowed mother, Nina Egan. “After it was restored, my mother completely lost interest in the painting,” says Juliet. “The picture does not look like my father. He was very fair. In the painting, he is brown-skinned. She did not feel happy looking at it up on the wall. So she sold it off to the Vadehra Art Gallery.”

Amrita was born into Jat aristocracy. She belonged to the Majithia clan that had sprawling factories and other properties in Uttar Pradesh. When World War II broke out, Victor, a Hungarian, was declared an enemy subject by the British. It was the Majithias who pulled the right strings to bring him back from Lahore to Sardarnagar to start afresh. They even built a hospital for him to practise medicine and put him in charge of the workers at their sugar factory in Gorakhpur. 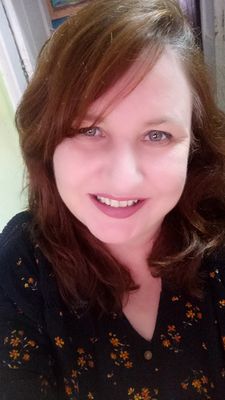 Juliet recalls how her father, a busy doctor, would often go up to Nainital for summer reprieves in the 1950s. That is where he met Nina, who would come there from Lucknow during her school summer breaks to meet her mother. “My grandmother, a British lady, was a matron at the All Saints’ College in Nainital,” says Juliet. “People thought there was something going on between my grandmother and Victor. Because ‘Uncle Victor’ could not be drawn to little Nina who was 23 years younger than him.” But ‘Uncle Victor’, who was fond of the girl’s bunny rabbits and other pets, did ask a 16-year-old Nina out for a movie at the Capitol cinema one day. They married in 1954.

Juliet has fond memories from her happy and peaceful house in Sardarnagar. She recollects how her father was often short-tempered at work. “Patients would say that half their ailments would disappear when they heard his booming voice,” Juliet says with a chuckle, as she recalls his funny encounters in broken Bhojpuri in the village. One day when Victor was getting into his jeep to go to the hospital, he slipped on moss and broke his hip. His health never really improved after a hip-replacement surgery and he died on 30 June 1997, just a month after Juliet's marriage ended.

“I was the apple of his eye, the youngest in the house, the one with a more complicated life and with more illnesses. He was always protective of me,” says Juliet, who has often tried to correct bloggers who publish wrong details about Amrita’s death.

Victor never went back to a communist Hungary after the end of World War II. There was no Amrita there. India was his adopted home. He was cremated according to Sikh rites and his ashes were scattered in Punjab. “Deepti Naval (Indian-American actor) had come to our Sardarnagar house in the 1970s for a movie on Amrita; it never got made. But everything was about Amrita, of course,” says Juliet with a shrug. For Juliet, Victor was the “bestest, awesomest daddy in the world”.