All the web’s a stage

A new chapter in Indian theater is unfolding 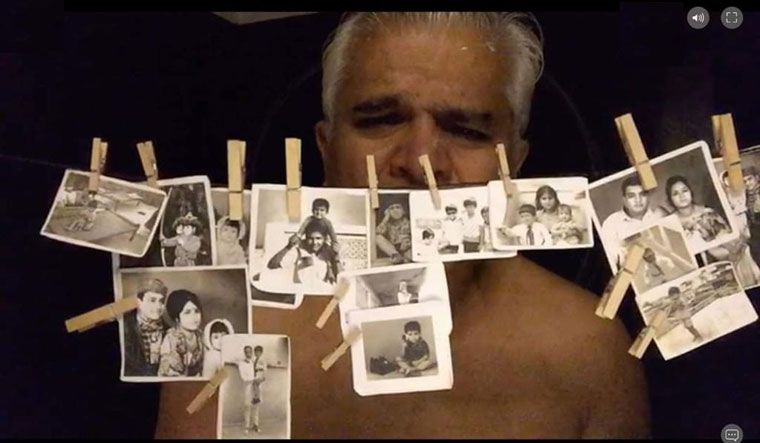 A screen grab from the last poet

Habib Jalib was once the awam-e-shayar (people’s poet) of Pakistan. Born in Hoshiarpur village of undivided India in 1928, a 19-year-old Jalib migrated to Pakistan after partition and started working in an Urdu daily edited by the venerable Marxist, poet and author Faiz Ahmad Faiz, whose influence propelled him to join the Progressive Writers’Movement. His poems of resistance and dissent have taken on military dictators like General Ayub Khan and General Muhammad Zia-ul Haq, leading to his multiple arrests and detentions. The verses from Jalib’s poem, ‘Dastoor’, decrying the rise of fascism, was fervently sung by Indian students leading protests against the Citizenship (Amendment) Act.

In a 1987 interview in the Herald magazine, Jalib describes one of the many methods employed for his arrests. This one time a police officer scaled the walls of his house in the dead of night and sat on the edge of his bed. “My wife was suddenly awakened and the sight of a stranger in the house frightened her. She woke me up and then the intruder uttered the words I was to hear again and again: ‘Consider yourself under arrest’,”said Jalib in the interview, which also has testimonies from his wife.

As a dramaturg, researcher and writer, Sarah Mariam has mined many such testimonies on lost poets through history to distil her thoughts and sentiments while scripting her first piece of “cyber-theatre”, The Last Poet. It is a play which mounts an eerily whirling city on the web with floating rooms where denizens recall and reminisce about an endlessly fascinating poet who abruptly went missing for speaking truth to power. Directed by inter-media artist and director Amitesh Grover, The Last Poet is a multi-layered art form with theatre, creative coding, digital scenography, film and live performance. It is India’s first genre-bending broadcast of theatre-on-the-internet, commissioned by SA Virtual of Serendipity Arts foundation. It went live on the internet from December 18 to 21 and is prepping up for several repeat shows in 2021.

“The whole show is arranged in such a way that you can put any actor in any room in any way and still the same story will emerge,” says Mariam. “You can start and end at any point and you will still go away with a similar kind of experience of having heard all these little impressions, memories, rumours and anecdotes of this one man who we never meet or see. Mariam met with digital scenographers, coders and programmers to understand the fluid architecture of her virtual city. The result is an immersion in a world strangely dystopic yet quietly reaffirming with its compelling multi-monologues, disorienting in the way one feels lost in a void but also redeemed upon encountering pieces of a protagonist whose absence fuels our endless search.

“This play is meant for repeat viewings and each time the audience will discover something new and deeper,” says Grover, whose work has melded theatre, performance and interactive art since 2009. He studied digital theatre in London more than 10 years ago, when few in India envisioned ways to expand the art form on the web. He is currently the artistic director for International Theatre Festival of Kerala, and teaches at the National School of Drama, New Delhi, and Shiv Nadar University, among other places. 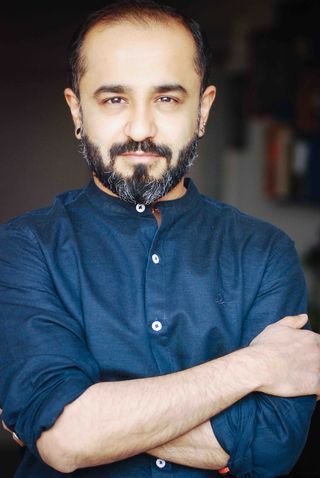 “All my experience of creating works for and on the internet has come to fruition in this project,” says Grover. “The core concept in this play is also referencing the idea of hyperlinks. As you go to a Wikipedia page and you read one article, it seems incomplete and you click on something else within the article to go to another page…. And that idea of navigating the cyberspace became the core navigation strategy for this work.”

He says that cyberspace demolishes the age-old performance convention of the fourth wall which exists in physical theatre and cinema—an imaginary wall which assumes that audiences can see through while the actors cannot. “The fourth wall is meaningless in digital theatre because there is no one else except the performer and the person who is watching at both ends of the screen,” he says. Two hundred people can log in simultaneously for a single screening of The Last Poet. Grover would provide instructions through a chatbox accessible to all members of the audience while interactive polling tools embedded in the screen would help the actors communicate with the audience.

“All the actors are looking into the camera and performing,” says Grover. “And the audience members are looking into their screens and receiving the performers’ gaze, and sometimes also being provoked into responding. They never lose eye-contact.” He adds that no such piece of theatrical work exists in the western world right now. In the last four shows, says Grover, audiences from Europe, the US, Australia, Singapore and Pakistan have also logged in, and a well-known theatre scholar, teaching at The New York University’s Tisch School of the Arts, plans to take it up as a case study for her next semester on digital theatre.

Actor-director Atul Kumar has been searching for new ways of expression—a third dimension which is neither live theatre nor cinema—for the last one year. So, when The Last Poet happened to come along, he jumped right in. In the play, he is somewhat like a part-sombre, part-whimsical soothsayer who introduces the audience to the legend of the poet’s curse in the city. Kumar says the sooner we stop comparing cyber-theatre to other kinds of live performances, the better. “This is [like] entering a whole new realm where I am not looking for that live audience,” he says. “When I am looking at that tiny little camera, I am midway speaking with one person, gazing into his or her eyes, and at times, it would feel like, through that hole, I am entering into a sort of labyrinth where I am meeting hundreds of people sitting there. So, it is like audiences are there, but they are not there.”

Just like the revolving city and its never-ending stream of stories, there is a lot to discover about this new form of theatre.