Honey, i shrunk the screen 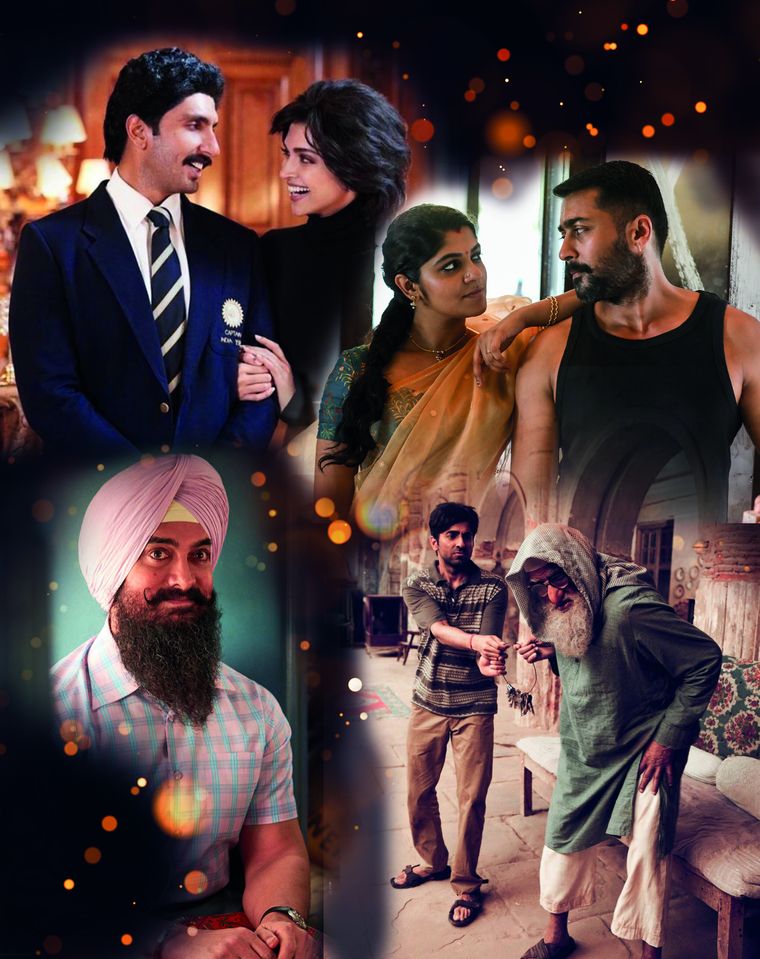 Disrupted plans: (Clockwise from top right) While Soorarai Pottru and Gulabo Sitabo released on OTT platforms, films like Laal Singh Chaddha and 83 that were due for a theatrical release in 2020 will hit the big screen in 2021

The biggest disruptor last year has been, well, the year itself.

There is no doubt that 2020 will be remembered as one of the worst years for any industry. For the Indian entertainment industry though, it has been the most uneventful, unsuccessful and cruel year. Bollywood, especially, has seen it all. With cinema halls remaining shut for almost an entire year, there was hardly any box-office collection. Projects were halted midway, and many lost their jobs. Then came allegations of nepotism, abetment to suicide, toxicity, debauchery and drug rackets following the death of actor Sushant Singh Rajput. With hashtags like #BoycottBollywood trending, the film industry’s image got a major beating. Also, close to 20 veterans died last year.

Even before cinemas had shut shop in March following the lockdown, 2020 witnessed the most number of flops in the first quarter of any year. Big-ticket films like Chhapaak, Love Aaj Kal and Panga failed miserably at the box office. Low-budget films, including Street Dancer 3D, Shubh Mangal Zyada Savdhaan and Thappad, were no crowd-pullers, either.

But the industry, like many others, was not ready to give up or give in. It adapted, with filmmakers, actors and other artistes exploring newer forms of storytelling and experimenting with different platforms to deliver content and reach out to the audience. Films like Gulabo Sitabo, starring Amitabh Bachchan and Ayushmann Khurrana, Vidya Balan-starrer Shakuntala Devi and Janhvi Kapoor’s Gunjan Saxena: The Kargil Girl bypassed theatres and premiered directly on digital platforms. And it is this instinct for survival, for staying put at a time of uncertainty with the promise that entertainment will find a way into the homes and hearts of the audience, which is the key takeaway for the industry as it steps into the next decade. 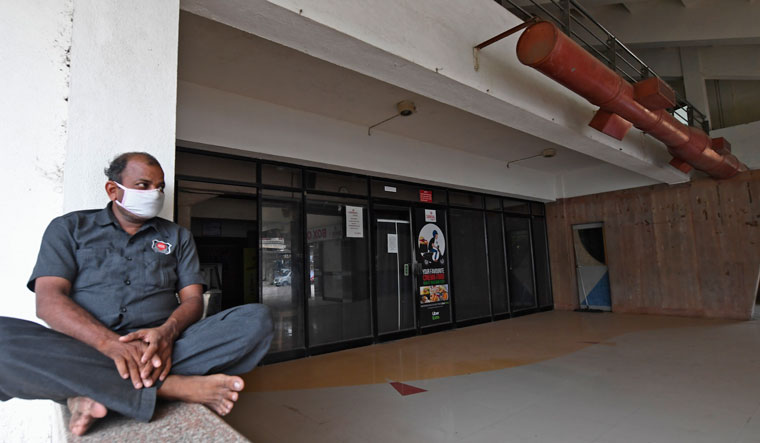 Curtain’s down: With cinema halls shut for almost an entire year, there was hardly any box office collection | Amey Mansabdar

The 2021 platter is already looking quite full, with an assortment of big-ticket films waiting to hit the big screens. There is 83, starring Ranveer Singh and Deepika Padukone, Sooryavanshi—Akshay Kumar’s first film with Rohit Shetty, Shoojit Sircar’s Sardar Udham Singh, Viacom18 Studios’ Laal Singh Chaddha starring Aamir Khan and Salman Khan-starrer Radhe: Your Most Wanted Bhai, all of which were originally scheduled for a grand release in 2020. After months of lockdown, multiplex owners are gung-ho about a return to normalcy in 2021. They hope people will warm up to the idea of stepping out for entertainment despite the ongoing pandemic. “We are offering our customers industry-defining standards of safety and hygiene, and have also initiated the ‘PVR Private Screening’ option in which the whole theatre can be booked privately for a memorable experience at a nominal price,” says Deepa Menon, senior vice president, corporate communications at PVR Cinemas. After the Union government allowed theatres to reopen, PVR announced the release of two new films—Suraj Pe Mangal Bhari and Break The Silence: The Movie.

According to Gaurav Verma, COO of Red Chillies Entertainment, a production company established by actor Shah Rukh Khan, the pandemic year got a huge chunk of public to devour content like never before and it is this ever growing greed for good content that will boost the entertainment business in 2021. “I think in these trying times what has emerged as good news is that an average consumer’s time spent on watching content has gone up significantly,” he says. “Which means tomorrow if one more avenue opens up, they are definitely going to go all out for it. We may not have been able to put as many projects on the floor in 2020, but we utilised this time to develop quality content and that gives us a lot more to produce in 2021.” 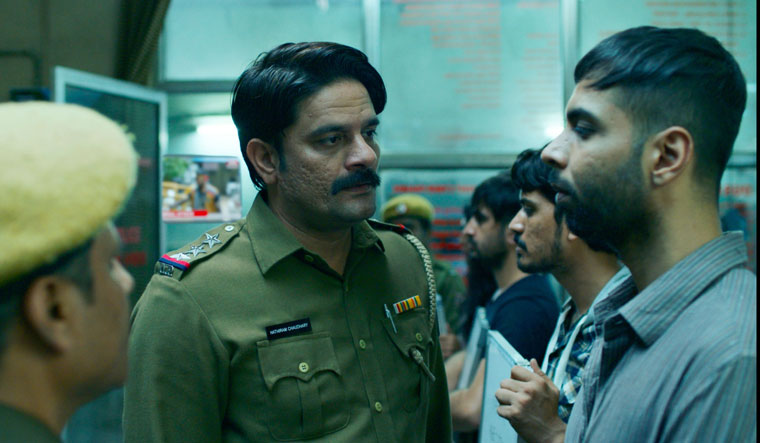 Still from Prime Video original Paatal Lok; OTT platforms have gone all out to woo viewers in 2020

What is evident is a change in consumer’s outlook not just for the 2021, but for the entire decade, says blogger and film writer Jaideep Pandey. “As we move into the next decade, what will stand out will be the manner in which filmmakers will keep pushing the boundaries to make better and fresher content,” he says. “While the 2010s witnessed a steady rise in issue-based cinema, with films like Aligarh, Masaan, Pink, Article 15, Badhaai Ho and Bala, the next 10 years will continue the trend with more aggression and strong narrations.”

As content evolves, so will the strategies employed to watch and consume it. According to experts, the pandemic did witness a rise in the sales of home projectors, suggesting that people are open to communal screenings at home.

“One thing that has been fantastic so far has been the emergence of marquee producers, whether it be Pooja Entertainment for Coolie No 1 or 2D Entertainment in the case of Soorarai Pottru or Rising Sun Pictures for Gulabo Sitabo or Abunduntia Entertainment for Shakuntala Devi. We want to see how well film studios take our content and present it to the audience across the world. So I am hoping more producers see what we are trying to build here and give the opportunity to collaborate with them,” says Jackky Bhagnani, producer of Varun Dhawan-starrer Coolie No 1, which will soon have a DTS release on Amazon Prime Video.

With freedom of experimenting with plots and mediums, no budgetary restrictions and the audience open to diverse content, strong, independent voices can now showcase their work more frequently. The Royal Stag Barrel Select Large Short Films YouTube channel enabled actor Tisca Chopra to make a directorial debut with Rubaru, a short film. She had earlier worked in two of their short films—Chhuri and Chutney. “Onwards and forward from here. We are accepting diverse stories and mediums and that is what is exciting about the coming year and the next decade,” Chopra tells THE WEEK.

Actor Rasika Dugal, who popped up on our screens quite often this year in projects like Mirzapur S2, Out of Love and Delhi Crime that won an Emmy recently, says that it is the openness of taking risks that will set the tone going forward in the coming years as against the usual formulaic filmmaking. At least now there will not be any dearth of work for deserving actors, she adds. 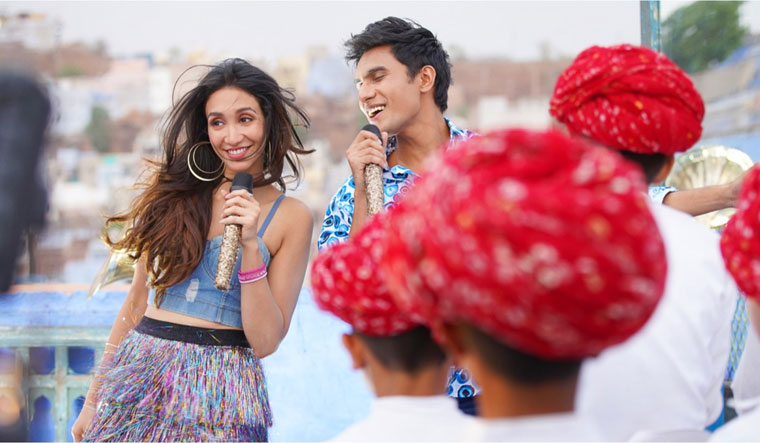 And, OTT platforms are going all out to woo viewers. A look at Amazon Prime Video 2020 content slate tells you that it has ensured that there is something for everybody—from gangland drama (Mirzapur S2), musical (Bandish Bandits) and socio-political drama (Paatal Lok) to a show dedicated to urban female friendships (Four More Shots Please! S2) and a sports documentary series (Sons of the Soil: Jaipur Pink Panthers). Experimenting with inclusion is another emerging trend, especially on digital platforms. Be it Umang, a bisexual woman in Four More Shots Please! or Karan Mehra, a gay man living in India at a time when homosexuality was illegal, in Made In Heaven, there has been a desire to document authentic journeys and bring to light voices that have not had adequate representation before. And, this need to include diversity is not just restricted to characters, but also extends to the people who play them. For instance, Mairembam Ronaldo Singh, who played Mary Lyngdoh aka Cheeni in Paatal Lok, is a transwoman.

Regional cinema, too, has come of age, with different platforms chasing stories that connect with a wider audience. “At Amazon Prime, we have content in 10 languages (Hindi, Marathi Tamil, Telugu, Bengali, Kannada, Gujarati, Punjabi, Malayalam and English),” says Aparna Purohit, head of India Originals Amazon Prime Video India. “India boasts one of the largest Amazon Originals production slates among our many international geographies (second largest, after the US). Today, Prime Video in India has approximately 55 Amazon Original Series in various stages of development and 31 in different stages of production.” 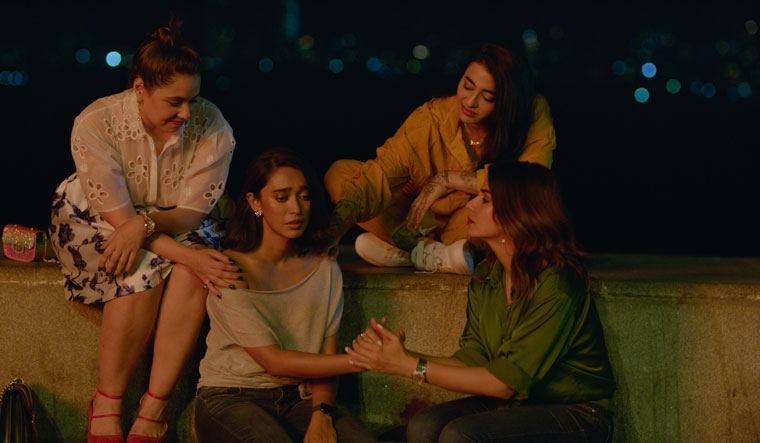 “What we are seeing is a chapter in the continuous evolution of the Indian cinematic narrative, and it will be interesting to see how it unfolds in the future,” says Pandey. “The suspense-thriller genre is going to remain hot. Horror-drama, too, seems like a nice bet, despite being relatively less explored. We might also see a jump in the number of biopics and remakes with a view to attract the younger audience.”

Spoilt for choice, are we?