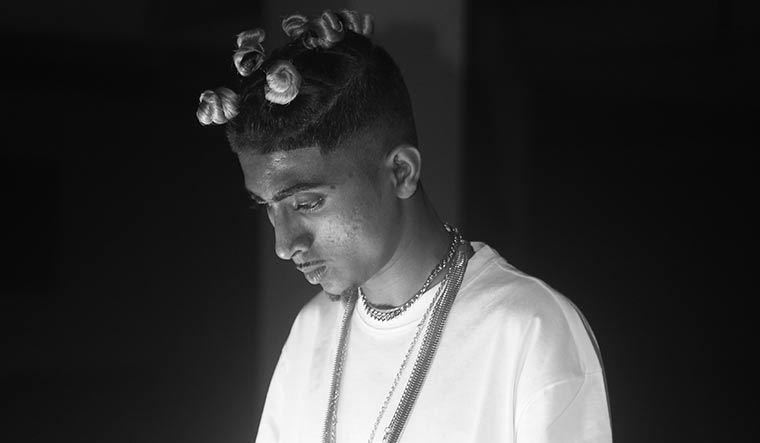 MC Stan, aka Altaf Tadavi, is as much a by-product as a pioneer of the hip-hop scene in Pune. He is one of those rare hip-hop artists who produces and writes his own music. Throughout 2020, he had been releasing singles from his soon-to-be released album, Tadipaar. Tadipaar is the act of being sentenced to live outside the limits of one’s city, usually due to a police case. The album narrates the rapper’s life-changing experience of tadipaar from Pune to Mumbai.

Q\ How and when did you start rapping?

A\ I was introduced to hip-hop when I was 12 years old by my elder brother. Initially, I was drawn to b-boying and beatboxing, before being finally elevated to rapping, which is the third element of hip-hop. I wrote my first song ‘Bhalti Public’ in grade 7. I kept a low profile and preferred staying underground. My older songs like ‘Galat Scene’ and ‘Trippin’ used to spread via WhatsApp, before fans uploaded them on YouTube.

Q\ What are some of the topics you keep revisiting in your songs?

A\I usually talk about humans and their behaviour, along with my experiences and things I have seen on the streets. And my experiences with women, too. I always ask my audience to understand my music by thinking practically and not emotionally. I have a lot that I want to do, but it feels like nothing will ever really change around us. We have got to sort out our mentality first.

Q\ Which hip-hop artists inspire you?

A\ My childhood revolved around the qawwali music that was played at home. Later, I drew inspiration from hip-hop artists like Lil Wayne, Slim Shady, Rakim, 50 Cent, LL Cool J, Eazy-E and Tupac, though KRS-One and Young Thug had the most influence on me. New-school artists who inspire me are Tyler, Uzi Vert, Lil Baby, YG, Roddy Ricch and Gunna.

Q\ Tell us about the songs you have come out with this year. Which one is your favourite?

A\ I have put out stuff this year that I consider to be experimental. I do not really have a favourite among them, but if I had to choose I would say ‘Amin’ and ‘Tadipaar’, the last two tracks from my soon-to-be-released album that are dropping soon.

Q\ What can we look forward to from you next year?

A\ I am looking forward to blending pop and hip-hop from different cultures. I feel like the music I am going to make will be ahead of [time for] the current generation.