Obama’s new memoir is a mixed bag of delights and let-downs, much like his presidency 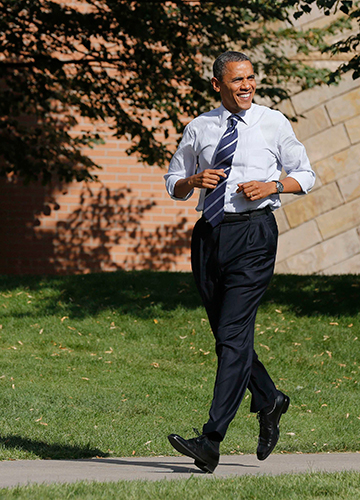 Barack Obama does not like salt, apparently. One of his big moves in the last year of his presidency was a sweeping health care reform to make Americans reduce their abnormal sodium intake. His plan: Encourage companies to lower the salinity of salamis, sausages, fries, granola and other packaged food, and help people lead healthier and happier lives.

A Promised Land sticks to that vision. Coming as it does after a bitterly fought election, the first part of Obama’s long-awaited presidential memoir works like low-salt comfort food. At 768 pages, it is a satisfyingly large pack of flowing prose and revealing pictures, of lofty ideas and soothing insights, all peppered with wit and political wisdom. Conspicuously absent, though, is the salt that turns all good biographies into great ones—a self-critical gaze at one’s motives and deeds.

The new memoir differs from Obama’s earlier (and more intimate) ones; it is not a Gandhi-esque story of his struggles and experiments with truth. Rather, some of his observations in A Promised Land are so cloying that readers may feel the need for more than a pinch of salt. Like the part where Obama rates his own presidency: “[Michelle and I] took satisfaction in knowing that we’d done our very best... the country was in better shape now than it had been when I’d started.” Curiously, the thought crosses his mind while he is on his last trip on Air Force One, days before Donald Trump’s inauguration as US president.

Obama’s vivid prose and scholarly recollections bridge these truth deficits to a large extent. His descriptions of people and situations are so masterly that they could rival any great novelist’s. Joe Biden, Obama writes, “genuinely enjoyed people. You could see it as he worked a room, his handsome face always cast in a dazzling smile (and just inches from whomever he was talking to), asking a person where they were from, telling them a story about how much he loved their hometown (“Best calzone I ever tasted”) or how they must know so-and-so (“An absolutely great guy, salt of the earth”), flattering their children (“Anyone ever tell you you’re gorgeous?”) or their mother (“You can’t be a day over forty!”), and then on to the next person, and the next, until he’d touched every soul in the room with a flurry of handshakes, hugs, kisses, backslaps, compliments, and one-liners.”

A Promised Land also reveals Obama’s unusual talent for reading people, perhaps because he himself is a guarded man well aware of his strengths and weaknesses. During his personal interactions, he discovers that Dmitry Medvedev is no ordinary Putin parrot (“I noticed a certain ironic detachment in his delivery, as if he wanted me to know that he didn’t really believe everything he was saying”); that Recep Erdogan’s “commitment to democracy and the rule of law might last only as long as it preserved his own power”; that Angela Merkel “was a combination of organisational skill, strategic acumen, and unwavering patience”; that Manmohan Singh was “a man of uncommon wisdom and decency”; and that Sonia Gandhi’s power “was attributable to a shrewd and forceful intelligence”.

Obama also cleverly mixes his insights with self-deprecation. As in the account of him chiding his wife for the apparent breach of protocol that happened when she put her hands around Queen Elizabeth II. “You should have taken my suggestion and worn one of those little hats. And a little matching handbag!” Obama quips. Michelle kisses him on the cheek and replies brightly, “And I hope you enjoy sleeping on a couch when you get home. The White House has so many to choose from!”

The trouble is that the book is not padded with enough humour to couch Obama’s flagrant power grabs. His account of how he pushed through a deal in the 2009 UN Climate Change Conference in Copenhagen is a revealing example. Under Obama, the US was bent on protecting its own interests in the summit. When he found out that the leaders of India, China, Brazil and South Africa were working together to protect their own interests, Obama tracks them down and barges into the room where they are holding talks in private (watching “the Chinese leader’s face drop in surprise”). He shakes hands, exchanges pleasantries and threatens them about the consequences of rejecting his deal. “I’ve got my own megaphone,” Obama tells them, “and it is pretty big. If I leave this room without an agreement, my first stop is the hall downstairs where all the international press is waiting for news.” Obama then tells them that he would use his influence to publicly discredit their plan.

Most of the leaders are suitably cowed (“[Manmohan] remained impassive”), but a visibly offended Chinese environmental minister begins to speak in protest. The US president suppresses his “urge to laugh” and later succeeds in forcing the deal.

As a triumphant Obama prepares to fly back to Washington, an aide congratulates him: “I gotta say, boss, that was some real gangster shit back there.”

In a way, the basic problem with the new memoir is that it does not explain how the ‘Yes, We Can’ dreamboat became the ‘No, You Cannot’ dealmaker. We may have to wait for the second part of the memoirs to know that. But meanwhile, there is still much to savour in A Promised Land. Like the implicit meaning of the book’s title. If Obama’s earlier books had big words like ‘audacity’, ‘hope’, ‘believe’ and ‘dreams’, his latest has ‘promise’ in the past tense.

He, too, knows the truth perhaps. 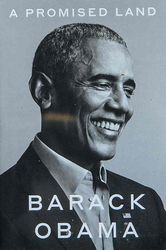