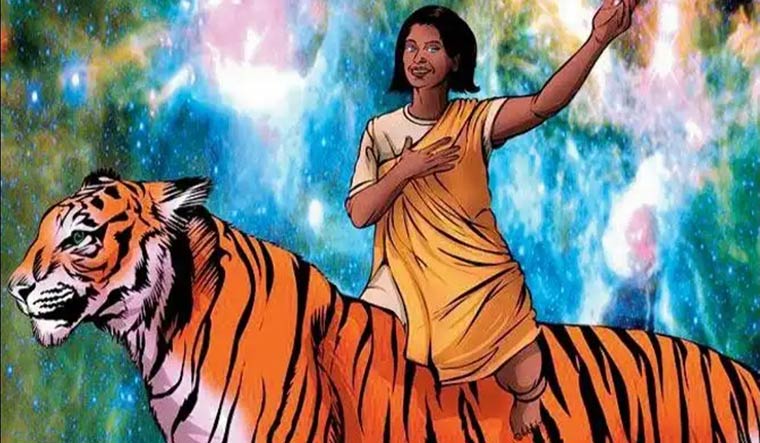 In December 2012, after the brutal gang-rape of a physiotherapy student in Delhi, Indian-American filmmaker Ram Devineni joined protests over a police officer’s comment that no good girl would walk alone at night. Such misogyny provoked him into creating Priya, India’s first superheroine. Shunned by society after being raped, Priya encounters the Hindu deities Shiva and Parvati. Strength renewed, she rides a flying tiger, Sahas, to fight gender crimes. Her superpower? An ability to persuade and create empathy in people.

After defending acid attack survivors and victims of sex trafficking in Priya’s Mirror and Priya and the Lost Girls, India’s favourite superheroine is back. This time, she will tackle Covid-19 and its impact on the youth in Priya’s Mask.

The comic book will be accompanied by a short film, with actors Mrunal Thakur and Vidya Balan voicing Priya and Sahas, respectively. Both the book and the film will be out on December 2.

Fans will also witness a collaboration between the first superheroines of India and Pakistan—Priya and the Burka Avenger. It might have taken a virus to bring together the two warring nations, but who’s complaining?