For Tibetologist Claude Arpi, border issues can go hand in hand with a spiritual life 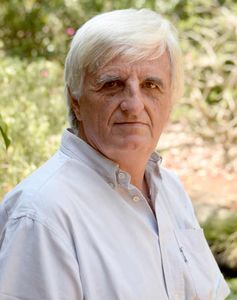 Claude Arpi does not much care for Twitter. The 71-year-old Tibetologist, is convinced that the ongoing India-China border dispute cannot be discussed in 280 characters. The Frenchman has also been resisting invitations for webinars and virtual panels. But, he could not avoid the virtual event on October 16—the release of the last part of his quadrilogy on India-Tibet relations (1947-1962); Tibet: The Last Months of a Free Nation (2017), Will Tibet Ever Find her Soul Again? (2018), Tibet: When the Gods Spoke (2019) and The End of an Era, India Exits Tibet. Arpi dug into difficult-to access archival material to spotlight India’s Tibet policy then, the blunders therein and how it complicated boundary relations leading to the 1962 Indo-China War.

For over 10 years Arpi has used his blog to offer incisive takes on the geopolitics of Tibet, China and the Indian subcontinent. Arpi has often received alerts like “the state is monitoring your emails” on Gmail. “But at least Google is informing you,” he wryly remarks.

Today, the author and historian, who graduated as a dental surgeon in France, is quoted in most Indian newspapers, magazines and defence journals as one of the foremost Tibetologists living in India. He holds the Field Marshal K.M. Cariappa Chair of Excellence at the United Service Institution of India for research on India-Tibet relations. From how China lost a friend in Ladakh to lessons from Galwan to the origins of the secretive Special Frontier Force (SFF), Arpi’s 40-year-passion for all things India-China-Tibet is most resonant now.

It was in the early 1970s that a young, college-going Arpi first saw French filmmaker Arnaud Desjardins’ two-part documentary The Message of the Tibetans—believed to be the first ever filming of the Tibetan community-in-exile to be allowed by a young Dalai Lama back in 1960s Dharamshala. Intrigued by their struggle for independence and their eventual escape, Arpi wanted to meet the sages and the great living masters of the Tibetan people shown in the documentary. He made his first trip to India in 1972 and by 1974, after an adventurous trip across France, Italy, Yugoslavia, Bulgaria, Afghanistan, Pakistan, Iran and the foothills of the Himalayas, Arpi decided to settle in the “universal city” of Auroville, Pondicherry. The doctrine of sanatana dharma, as espoused by Sri Aurobindo, was more appealing than settling in Dharamshala where the Dalai Lama’s sister had once insisted he work as a dentist in the Tibetan Children’s Village, says Arpi.

For Arpi, border issues, war and tactical calculations can go hand in hand with a spiritual life. “Whether it is the Gita or Buddhism, both say that dharma has to be defended,” he says. “Young Tibetan jawans in the SFF—of which company leader Nyima Tenzin was killed in a landmine blast in the border standoff this year—are all Buddhists,” he says. “Even in the Kargil War, the Ladakh Scouts unit against Pakistani forces were all Buddhists. The night before their takeover of Pakistani posts they went to meet the Dalai Lama, who was in Ladakh, to seek his blessing.”

Emotionally, Arpi says, the Tibetans are very much on the Indian side on the border issue and hopes that in the current crisis, the Dalai Lama and India are on the same page. “I hope they are talking even if it does not come out in public,” he says. “Because you cannot speak with a country like China, especially if they want something. China jumped into this Ladakh adventure without understanding the implications. China did not expect India to resist. Now, if they come back defeated, Xi Jinping will have questions to answer. He cannot afford to lose face.”

Arpi dismisses the notion that there might be a common engagement ground for India, China and the Dalai Lama to de-escalate border tensions, that there is possibility of a ‘Tibet Card’ at the negotiating table, that the Dalai Lama is the last hope for friendly border relations between India and China. “The Dalai Lama has no chance to sign a deal with China,” he says.

Arpi is hopeful that more files from the ministry of external affairs will be declassified for Indian scholars and researchers. “The main issue with archiving is how so few files are transferred from the MEA to the National Archives, even the ones pertaining to the 1950s and 1960s,” he says. “It makes it difficult to study the past. I have complained and written letters to every foreign secretary. It is just laziness, lack of competence and human resources at the MEA. Most files can be declassified; there is no big secret after 35 to 40 years.”

Today, it is hard to define who a Tibetologist is, in the absence of declassified documents, a competent grasp of the Tibetan language and an inclusive knowledge of Tibetan cultural history among “experts”. Says Tenzin Lhadon, a research fellow at Tibet Policy Institute, “Most Indian scholarship and public discourse on Tibet is largely driven by India-China conflict.”

Arpi got special permission to access the Nehru Papers—letters, speeches, reports and other correspondences of Jawaharlal Nehru—at the Nehru Memorial Museum and Library, for writing his quadrilogy. But access was not enough. Arpi struggled through some 1,500 unindexed volumes, often spending two to three hours to get to one letter. He says that people are reluctant to spend time on original documents. “You need a passion to do this; there is no money or quick celebrity,” says Arpi, whose typical day starts at 4am, scanning Chinese newspapers on Google Translate.

He lives with his Punjabi Indian wife, Abha Tewari, and their 30-year-old daughter, Smiti, in Auroville, where he has lived for more than 40 years. Arpi has not gone back to France for four or five years now. India is home. “It is a stupid generalisation. But, I certainly feel people here live in their heart,” he says. “In the west, they live in their head.” 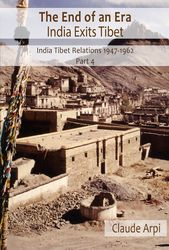 The End of an Era: India Exits Tibet