From the nizam’s table

Jauzi Halwa is reminiscent of a bygone era 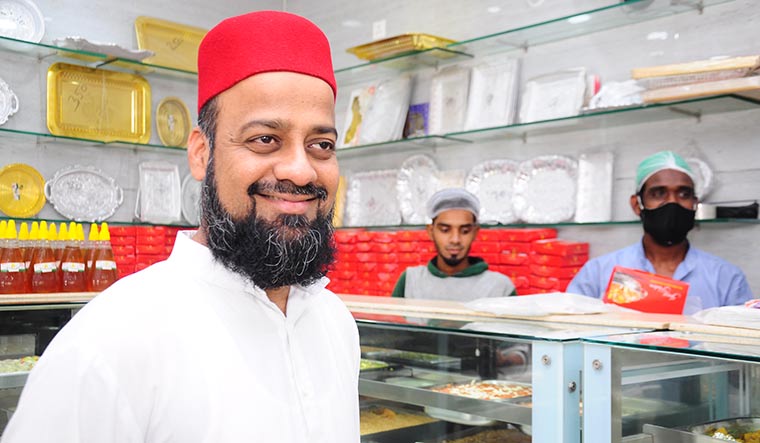 It has been 72 years since the nizams made way for democracy in Hyderabad. The erstwhile rulers have all but disappeared and the 200-year-old administrative stamp they left behind has faded over time. But, if you want a taste of that era, there is still hope. Hameedi Confectioners and Co., owned by the Hussains, has been serving Hyderabad for three generations. This tiny shop in the city’s old quarter was once granted the royal warrant for sweets by Mir Osman Ali Khan, the last nizam.

In fact, Mir Osman Ali Khan personally named the shop and he continues to remain alive in the shop in many ways. A round sweet available at Hameedi still carries the inscription that was on the ashrafi—the nizam’s gold coin. The original royal warrant is a prized possession of the current proprietor, Mohammed Anees Ul Hussain, 42. And, the shop’s signature dish is the jauzi halwa, the last nizam’s favourite sweet.

Legend has it that Hussain’s great-grandfather migrated to Hyderabad, most probably from Turkey, to join the army. He died early, leaving his teenage son, Mohammad Hussain, to fend for himself. “My grandfather and two others, who were good at making traditional sweets from the Arabian region, started the shop,” says Hussain. “This was almost 120 years ago. He was only 12 when he started selling the jauzi halwa, which became a hit among the locals.”

About 20 years into his business, Mohammed Hussain made a smart move to capture the attention of the nizam. “Whenever the nizam’s cavalcade passed, the shops in that area would close down voluntarily,” says Hussain. “When the seventh nizam was passing by our shop, my grandfather kept the shop open and brightened the lamps to attract his attention. When the nizam stopped to enquire, he offered him the halwa. The nizam liked it so much that he gave the nameless shop legitimacy by naming it Hameedi [after Abdul Hamid II, arguably the last Ottoman sultan].” The royal warrant soon followed.

Despite its Turkish roots, over time jauzi halwa has come to be known as a Hyderabadi sweet. The making of the halwa takes eight hours and ingredients include oat milk, nutmeg, dry fruits, saffron and generous lashings of ghee. Through its two branches, Hameedi sells between 100kg to 125kg of the halwa every day. 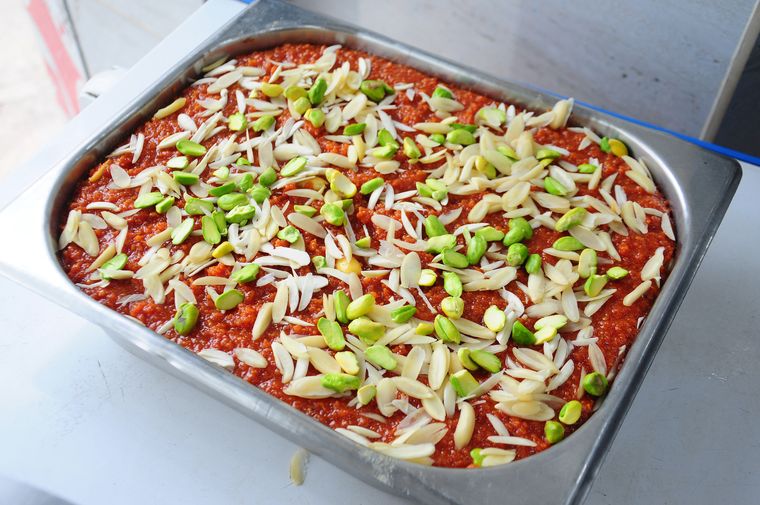 Despite Hyderabad’s rich food culture, Hameedi does not have competitors when it comes to jauzi halwa. “Many of them tried to make it,” says Hussain. “My own cooks deserted me and started their own outlets. Their version was inferior. There is very less profit in this dish as it has expensive ingredients. Many of them did not see a point in toiling and selling it for narrow margins.”

But, that alone does not seem to be the reason. When we probe a bit, Hussain admits to having a secret mix: “Only our family knows about a secret ingredient. It is a combination of two to three dry fruits and it enhances the taste greatly.”

Hussain also credits providence. “My grandfather was blessed by Sufi saints,” he says. “They told him that our family will benefit for generations from this sweet and nobody can harm us. That is the reason why even our extended families could not replicate jauzi halwa and beat us in the business.”

Hussain says that Hameedi’s future is uncertain, but he is hopeful. His brother exited the business and migrated to Canada. “I want my sons to make use of their education to expand our business,” he says. “I did not set up more stores or give out franchises because I am worried that we will not be able to retain the taste.”

Hyderabad’s jauzi halwa has travelled far and wide, including the Middle East and the west, from where Hussain gets orders. Has he tried to trace the sweet’s roots in Turkey? “Yes, I did,” says Hussain. “They do not make this anymore. Some modified versions have come up. What you will find in my store will always be the original.”