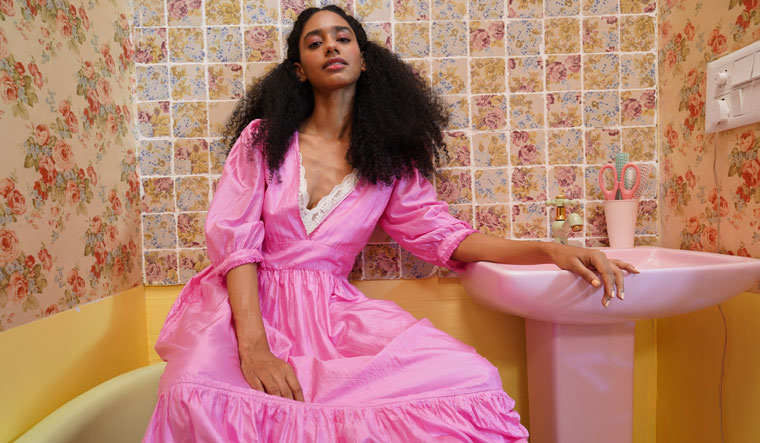 Style statement: Creation by Aneeth Arora of Péro at the Lakme Fashion Week 2020

A short film called Counter-intelligence starts thus: “She was given the code name Mary and her task was to insert herself into the inner circle of Washington’s political set....” Shot with a rotating cast of glamorous secret agents dressed in parkas and polkas, the film is inspired from the book Betrayal: The Secret Lives of Apartheid Spies. But Counter-intelligence is not a screening at a documentary film festival. It was a digital showcase by South African designer Thebe Magugu at the Spring/Summer 2021 ready-to-wear segment of the Paris Fashion Week this year. In a series of close-circuit frames, models re-enacted the life stories of spies. Magugu conducted interviews with ex-spies who had either worked for the Apartheid government or had defected. The designer interwove fingerprints and the zig-zag lines of polygraph tests from these interviews into a collection devoid of cliches like trench coats and slogan T-shirts.

It was a similar story at the Lakmé Fashion Week 2020 which concluded on October 25. Labels which really stood out told their stories through astute fashion films rather than recreating an FTV-grade broadcast with a line of models parading down the ramp. Sanjay Garg of Raw Mango made ‘Moomal’, a heartfelt, sepia-tinted homage to his native Rajasthan in a festive collection which saw models pirouette and play in traditional Marwari and Rajput clothes, including a mother’s tie-dye wedding odhna, poshak-inspired long blouses, kurtas with choli cuts and lehengas with gota work in bold colours. The film’s visual language distilled the languorous rhythms of sunlit havelis in Bikaner, Barmer and Shekhawati, complete with an original music score. His own sister played the bride in the campaign. Aneeth Arora of péro introduced a fluffy pink confection called ‘Locked in Love’, based on Kawai Japanese street style culture of Harajuku fashion. 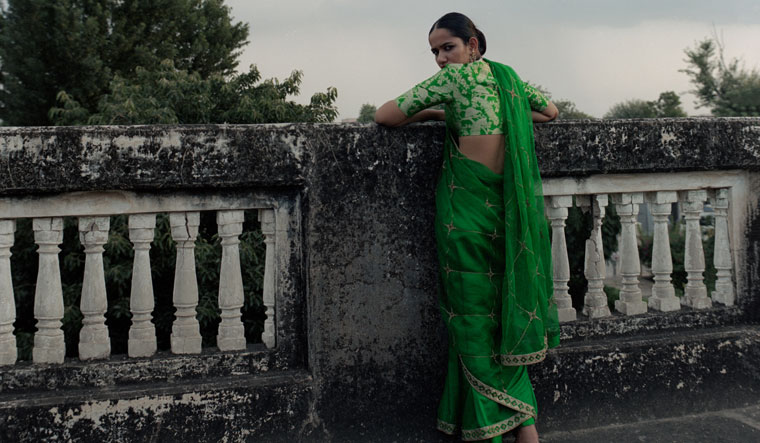 “Even though it is in a video format, one can easily see the movement, fluidity, silhouettes, textures and craftsmanship of the clothes. They are highlighted a lot more,” says UK-based designer Urvashi Kaur, who was part of a multi-designer showcase film on crafts like ikat, block prints, jamdaani and khatwa, alongside leading designers like Abraham & Thakore, Payal Khandwala, Anavila and Suket Dhir. She showed an unpretentious, trans-seasonal collection of blazers, overlays, easy dresses, jackets, and comfortable separates which can be paired in multiple ways. Her segment in the film was shot in a stark, grungy backdrop with a more workroom aesthetic to emphasise the artisanal labour involved. “I was very curious to know how this would translate into real business. But I think post-Covid, consumer behaviour has shifted and everybody is comfortable shopping from home. I think there is a big future with this format,” says Kaur, who coordinated the shoot of her film, at Mumbai’s St Regis hotel, from the UK. 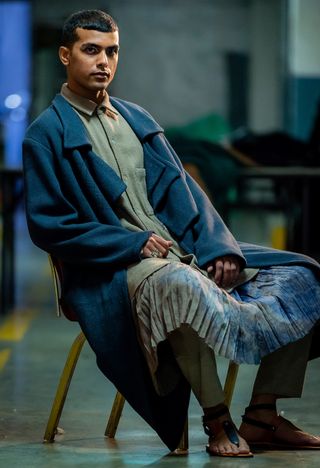 The Business of Fashion and McKinsey & Company’s The State of Fashion 2020 report projected the Indian clothing market to be worth $53.7 billion in 2020, making it the sixth largest globally. When the lockdown began, industry experts opined that the pandemic would set the clock back by a decade at least. But Sunil Sethi, chairman of the Fashion Design Council of India, senses a definite shift away from the days of fashion famine. “It is all coming back,” he says. “Festive and celebration season is in the air. People feel good about finally going out and looking good. The business will grow in the coming months. If retail picks up, it will be back at 80 to 90 per cent of sales for many people in the fashion industry.” The FDCI, within a month, organised two fashion shows this year—the digital India Couture Week 2020 and a “phygital” Lotus Make-up India Fashion Week (LMIFW) Spring/Summer 2021, which concluded on October 18. “We did not have a single show-stopper or celebrity,” says Sethi. “We only did pure fashion in 41 shows [at LMIFW]. We had 25,000 to 1,20,000 views within five days of the show. The direct stockroom sale had 50,000 consumers log in.”

Jaspreet Chandok, head of lifestyle businesses at IMG Reliance, which organises the Lakme Fashion Week, also believes that sales are now improving and the industry is slowly getting back on its feet. “The digital architecture that we have created this time is not just restricted to streaming from websites or social media,” he says. “We wanted to go a step further. Our technology interface allows one to shop the look and make-up while the showcase is on. People can choose camera angles for the best possible view.”

Even if one were to take these “success” stories around digital fashion weeks with a pinch of salt, there is no denying how it has offered a creative burst of opportunity for designers and models confined to their homes. “The new format is fun in so many ways. True, there is no high of a live audience, but you get a chance to re-do the faux pas in a shoot,” says Donna Masih, a Delhi-based model who showcased collections for multiple designers at FDCI’s shows. “It is also a lot more work. In live shows, we walk down the ramp once and it is over. Now, you really have to get the feel of the garment, understand the designer’s vision... and depict that in your body language. You could not cheat at a show earlier, but you definitely cannot cheat at shoot-formatted shows.”