Even after 25 years, India is still smitten with Dilwale Dulhania Le Jayenge 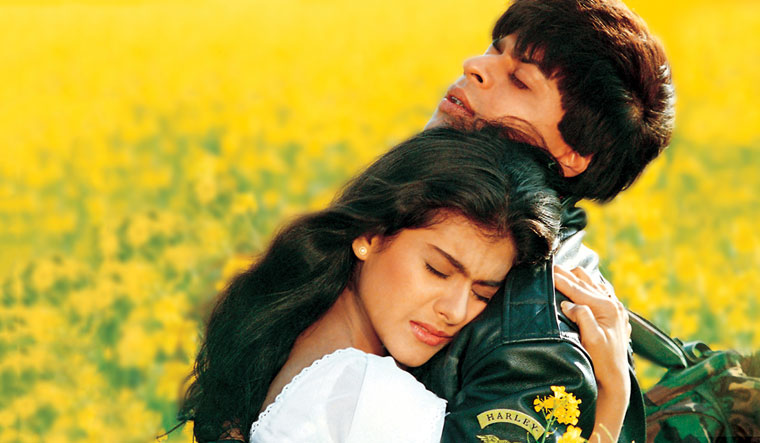 This October 20, Dilwale Dulhania Le Jayenge completes a quarter century. DDLJ, as the film is referred to, holds the record for the longest running film in the history of Indian cinema—its 1,274-week run at Mumbai’s Maratha Mandir cinema hall was only broken (temporarily) because of the nationwide lockdown, necessitated by the pandemic.

While this unique ‘silver jubilee’ may have to be marked without a physical screening (in Maharashtra, cinemas continue to remain closed), the DDLJ juggernaut is not done yet. “It will run again once theatres re-open,” confirms a senior official with Yash Raj Films, which produced DDLJ. “[Director] Aditya Chopra has a great understanding of the medium of filmmaking. The genre and characters, looks, acting, plot development, everything was fully realised,” says Manish Malhotra, noted fashion designer and film stylist, “The characters were beautifully written. They were young and fresh. The film indeed had something new to offer.” 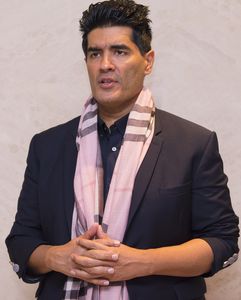 DDLJ has accrued many more illustrious feathers to that cap it flaunts on its title (that Shah Rukh Khan’s character Raj sports while tagging alongside Kajol’s Simran across Switzerland).

An instant smash upon release on the eve of Diwali 1995, its 0524 crore box office gross is one of the highest in the history of Bollywood. When it swept 10 Filmfare awards that season (besides a National Award for the ‘Best Popular Film’), it was a record at the time. It firmed up the careers of the largely newbie team, right from debutant director Aditya Chopra to musicians Jatin-Lalit and designer Manish Malhotra. Future movie mogul Karan Johar was assistant director, even appearing in some scenes as SRK’s friend.

The magic of DDLJ goes beyond sheer numbers and milestones. The love saga of Raj and Simran, who meet on a train while on a European vacation, was at once a cocktail of contradictions, as it was sublimely palatable—Raj’s carefree streak perfectly balancing with the traditional upbringing and reticent longings of Simran, even as the storyline sang paeans equally to both traditional family values as much as individualism and following one’s heart—thus smartly placating all sections of the audience. The film turned Indian cinema’s ‘sanskari-Indian vs wayward-firangi’ trope on its head—London boy Raj, for all his beer-stealing and flamboyant flirting, respects Indian culture and will wait for parental approval, while the homegrown respectable groom Kuljeet comes through as the bad guy. But, is that enough for a film to be remembered, loved and feted a score and more years later?

Shah Rukh Khan, who did not respond to THE WEEK’s request for an interview, was quoted recently saying he never changes radio stations when a DDLJ song comes on. Mumbai travel guide and influencer Priya Pathiyan recalls her outing with a gal-pal to catch the film at Maratha Mandir some time ago. “The audience was largely male, so we were a bit uncomfortable at first, but then the movie started and everyone got together for the love of the movie,” she recounts.

“It has great repeat value,” analyses Jatin Pandit, one half of the Jatin-Lalit duo who composed the soundtrack of the film. “I still watch the film whenever it comes on TV. The script, music, photography, everything about the film was top-of-the-line and gelled well.”

As it happens with any cult cultural phenomenon, everything about the film went viral, from the songs, the outfits, dialogues and even the locations it was shot in Switzerland, with dedicated DDLJ trails and Yash Chopra itineraries becoming popular with Indian honeymooners. One particularly epic line from the film, “Bade bade deshon mein…” was even mouthed by former US president Barack Obama during his India visit, to wild ovation.

The film does have its fair share of detractors. While the climactic closing line in the film, Ja Simran ja... jeele apne zindagi (Go Simran, go... live your life!) is much acclaimed, women’s rights activists have held it up as symbolic of the patriarchy prevalent through the film. “It reinforced a lot of stereotypes,” writes Jayesh Sharma in a blog post, “No matter how charming though, the movie was dragging us backwards into elder worship, even when they are wrong.” 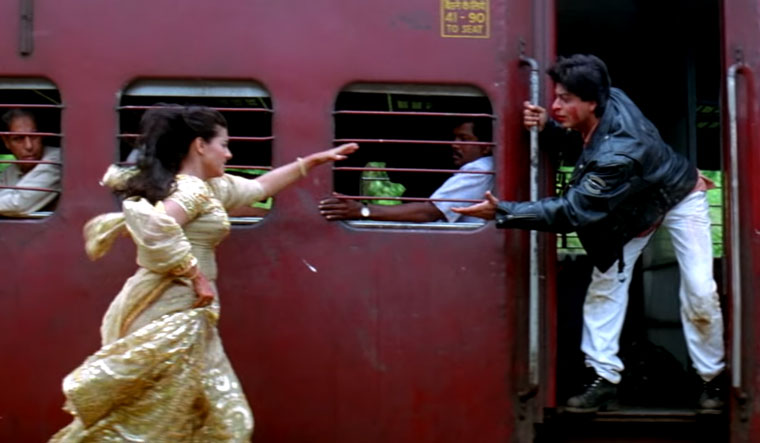 While the central theme of star-crossed lovers striving for the acceptance of elders may have been new for Indian cinema at the time, it may appear out-of-step and uncool in a brand new century. “I’ve watched it lots of time, it’s fantastic, but it’s not something I will discuss with my friends,” reveals college student Taaha Motorwala. “DDLJ is a bit over the top than what today’s kids are used to.” While it may not define ‘cool’ for today’s youth, new technologies like streaming platforms ensure that DDLJ finds new, and younger, audiences every day.

“DDLJ is not outdated,” said Kajol, in an exclusive interview to THE WEEK. “I think most kids when they take the big decision in their life, [would] want the approval of the people they love. And they try desperately to convince them that this is the right thing for them to do.”

“Youngsters identify with this film even now,” says Mahen Vakil, who was the executive producer of DDLJ, “Romance is the same. It is a matter of the heart, and that doesn’t change. And this film encapsulates that timelessness of romance.”

Lalit Pandit, the other half of the Jatin-Lalit music duo, recounts a conversation he had with the film’s lyricist Anand Bakshi, right after the script was narrated to them by director Aditya Chopra. “Bakshi saab said, ‘if this boy [Aditya Chopra] makes the film half as good as he narrated it, it will never leave the cinema halls’. And see, it turned out to be prophetic—it is still playing in cinemas 25 years later!”