Hercule Poirot, the fictional Belgian detective created by British author Agatha Christie, made his first appearance in The Mysterious Affair at Styles, published in October 1920. His exit in Curtain (1975) was followed by an obituary on the front page of The New York Times.

Initially, Poirot was shown as a conventional clue- and logic-based detective. Later, he becomes a psychological detective who progresses not by thorough examination of the crime scene, but by inquiring into the nature of the victim or the perpetrator. He focuses on getting people to talk. He lies freely, tries to make people underestimate him and at times, poses as a charlatan. His aim: To make people give themselves away.

In honour of 100 years of Poirot, here is a look at five actors who have played the role in movies: 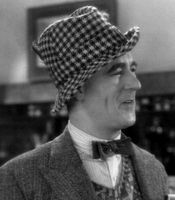 Trevor first portrayed Poirot in the British film Alibi (1931), and reprised the role twice. His Poirot did not have what Christie described as “the finest moustache in England” 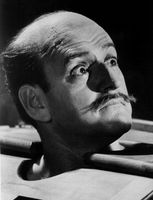 Randall played Poirot in The Alphabet Murders (1965). This was more of a satire and Christie objected to the script; one of the objections being to a bedroom scene featuring Poirot

Finney played Poirot in
Murder on the Orient Express (1974). He is, to date, the only actor to receive an Academy Award nomination for playing Poirot 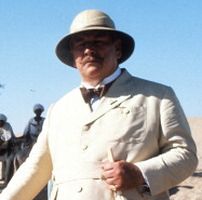 Ustinov played Poirot six times, starting with Death on the Nile (1978). Christie’s daughter Rosalind Hicks once said that Poirot was not like Ustinov’s portrayal of him. Ustinov said: “He is now!” 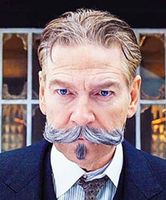 Branagh directed and starred in Murder on the Orient Express (2017), with an all-star cast. He is set to return in both roles for the upcoming Death on the Nile