Most circus companies in India are reluctant to go online 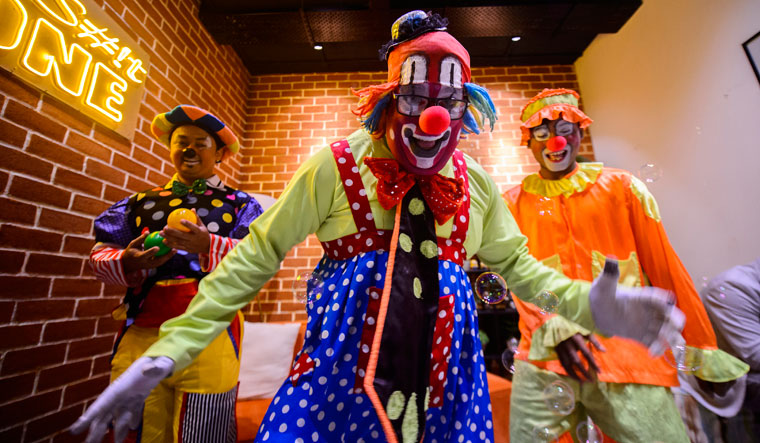 Sujit Dilip from Maharashtra knows the game of survival in the circus industry. After all, his father managed their Rambo Circus company in the UAE, competing for audiences alongside Russian and Italian troupes—until infighting among sponsors forced them to shift base to India in the 1990s. On the phone from Mumbai, sounding a little tired and disconsolate just a week before the debut of Rambo Circus’s ‘digital show’ on September 25, Dilip rues the slings and arrows suffered by the Indian circus industry.

First the government banned the use of wild animals with no compensation to fill the gap. Then they disallowed employing individuals below 18 years—14- to 18-year-olds are most flexible for training as acrobats and trapeze artistes, says Dilip. Also, international circus performers could only visit India on an employment visa, when most overseas circus companies send their artistes on cultural visa, as they operate under their respective culture ministries.

“We are worse than farmers. We do not get any kind of loans because we are not stable; we are travelling all the time,” says Dilip. “There are just 15 to 16 circus companies left in India now, but why is the government not helping us? There are so many permissions required just to perform in the capital. No wonder I do not ever see an Indian flag in the performing arenas of international circus festivals.” 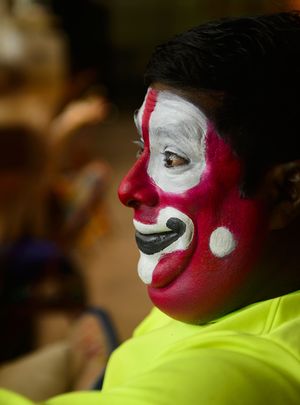 The show must go on: Biju Nair, a clown with Rambo Circus, gets ready for an online show | Vishnu V. Nair

This January, Dilip went to meet the stakeholders of the Moscow State Circus to facilitate a talent and knowhow exchange. “We have been meaning to create a sort of a dream show where holographic horses would jump on the heads of children,” says Dilip. “I ended up spending a lot on R&D for this. Who would have known then that a virus would scuttle all our plans and finances!”

Since May, Dilip has been reaching out to politicians, NGOs, gurdwaras and crowdsourcing platforms to cobble up money for food, water, electricity and the works—the Mumbai rains wreaked havoc on their tent pitched in Airoli, Navi Mumbai, he says. “One fan told us that even dogs get funds online, so why can’t artistes also try?” he says, referring to his Ketto crowdfunding campaign that yielded some Rs12 lakh. And then Laqshya Live Experiences, a production company, offered to shoot a fully scripted, choreographed, computer and mobile-friendly circus show, called ‘Life is a Circus: An Ode to the Greatest Sportsmanship’.

With a production cost of around Rs18 lakh, Life is a Circus is slick in production values. There is deft camera work and stage close-ups that one may not encounter sitting in a circus tent. But how will the artistes benefit? “There is a donation link on BookMyShow, and donations go to the artiste,” says Saurabh Khurana, a partner at Laqshya. “Once the cost of the show is covered via ticket sales, the revenue can go to Rambo Circus. This is the broad arrangement.” Dilip is banking on this opportunity to reinvigorate a cultural enterprise on its last legs. The digital show, in its first run, had 35,000 views, and has been renewed for another weekend.

Biju Nair, a clown with Rambo, is learning to interact with audiences on Zoom in between the live streams. “We have worked very hard for the show; shot it with full protocol. Now we are going inside audience’s houses through their laptops and phones,” says an excited Nair, 52, who ran away from Kerala as a child to escape an abusive father and found himself in Mumbai. He recalls serving tea and water to Shah Rukh Khan on the sets of the TV series Circus (1989), which is where he decided to become a circus clown. The last few months in the Airoli camp have seen him venture into the nearby jungles to forage for food and firewood, but he is certain these are short-lived constraints. “This pandemic has taught us to let go of our arrogance,” he says. “We have to work harder now. And we have to change and think differently.” 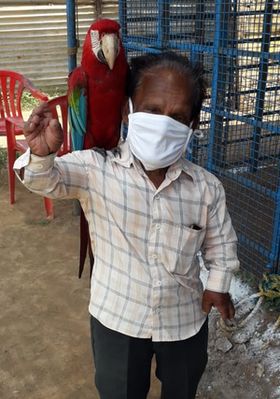 But Anwar Khan from the Great Golden Circus in Ahmedabad is sceptical. “Foreign circuses are not doing online shows, who is going to watch online circus in India? Besides, we are self-made, we do not seek donations,” says Khan, who has dispatched most of his artistes home.

Ravi Babu, from Kolkata-based Ajanta Circus, says the thought of going online and asking for donations hurts his pride. “We will only do live shows because circus is a live act. Rambo Circus is reducing the dignity of the circus industry. You know, Bengalis walk around with so much self-respect. Why will we beg for money?” asks Babu, slightly livid.

Sanjeev Balagopal from the Great Bombay Circus in Tamil Nadu thinks that selling tickets online is not financially viable for circuses. “An entire family can watch the show for the price of one ticket online. How will that help us?” asks Balagopal, who moved his troupe to Mannargudi town from Chennai, before the national lockdown kicked in. He faced great difficulty while sending home his oldest employee—74-year-old clown Tulsidas Chaudhry from Chapra, Bihar—who has been with GBC for 61 years. “He just would not leave. But the Covid-19 situation in Tamil Nadu is not good and we do not know when we can perform again,” says Balagopal.

Chaudhry cannot stop raving about his employers. “They are my family,” says Chaudhry, a prostrate and kidney cancer survivor. “I cannot stop thinking and worrying about them. My boss told me that he would call me back once the situation got better. He pays for my expenses. He even gives me a salary, but I just do not like it here.” The company paid for his treatment in 2004. “I have never lived away from them. I am two-and-a-half feet tall. I cannot do any other work. Can you please make the circus start?” he asks, almost pleadingly.