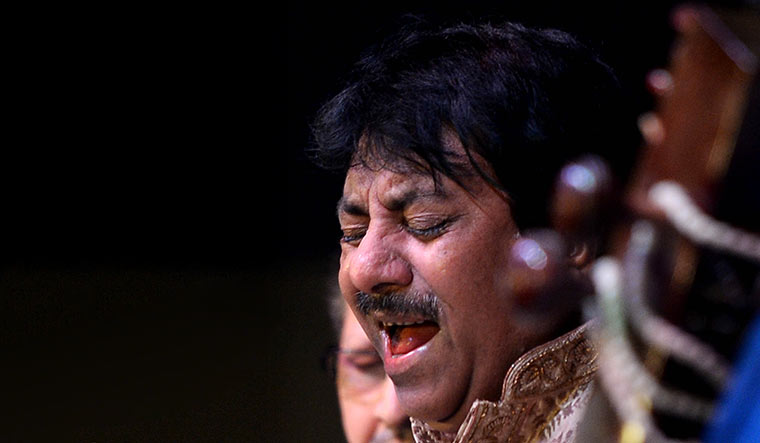 In the early 1980s, a teenager went to the prestigious Dover Lane Music Conference in Kolkata to listen to the legendary Pandit Bhimsen Joshi. A student of classical music, he sat in the front row of the gallery. Before long, however, the organisers of the show had banished him to the back. The front row, they told him, was for VIPs. Insulted, the boy took a pledge that one day he would become a classical musician of renown and, when requested to perform at the conference, he would decline.

In the end, however, he did not reject the organisers and, many years later, performed there as Ustad Rashid Khan, one of the greatest Hindustani classical musicians of all time. Two decades after the incident, his renown had spread so far and wide that his idol Joshi himself acknowledged him to be “the future of Hindustani classical music in India”. He received the same adulation from other legendary musicians like Ustad Ali Akbar Khan and Ustad Vilayat Khan, with whom he has performed jugalbandi concerts. Today, at 52, he is probably the last of the Hindustani classical vocalists and perhaps the last Mogul, though he refuses to accept it.

“He is one of the greatest singers of our time and I am proud of him,” says Pandit Bickram Ghosh, percussionist and childhood friend of Khan. “We are like brothers. Our families are close, too, and we have done many jugalbandis [together].”

Today, Khan is fully focused on imparting classical training to thousands of aspirants through his musical school, The Fifth Note Global Centre, which he started two decades ago. During the lockdown, he taught students across the globe through video conference, with the help of music maestros like singer Hariharan and Pandit Vishwa Mohan Bhatt.

What is unique about his school is that it is not just about imparting musical skills, but also about helping students with branding and making a living. After seeing the poverty and hardship of youth at his village in Uttar Pradesh, he realised the need for music to be able to provide a livelihood.

“I am happy that my academy is helping build the career of talented students,” he says. “I am proud to say that even during this trying time, the academy has ensured smooth sailing for all our performers.” To turn a talented music student into a professional musician, Khan and his team have come up with a strategy called “performance grooming”.

“Performance grooming is one of the most important aspects while giving the final touches to the performers,” says the maestro. “My academy provides three consolidated grooming courses whereby students are taught subjects like music management, image building, media and stage handling, emceeing and much more.” 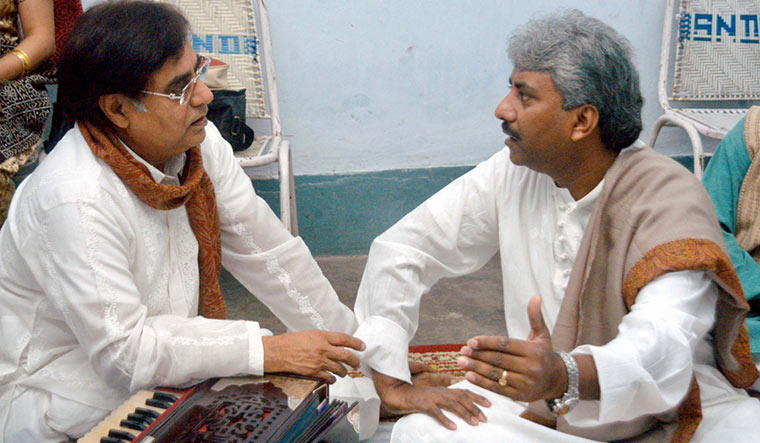 He says his academy has produced innumerable performing artistes over the last two decades. Like Om Bongane from Mumbai who won the Classical Voice of India contest in 2015 and appeared on the popular music show, Kingfisher Strong Backstage; and Nagesh Adgaonkar, one of the rising stars of classical music from the Rampur-Sahaswan gharana.

The idea of a musical finishing school came to Khan when he looked back at his own life. “There were no counsellors to chalk out a route map for my career,” he says. “I was deceived and cheated by many show organisers.” Today, one cannot survive in this industry without knowing the art of the game, he says. And he is determined to rescue future generations of musicians from the trap he himself fell into.

“I used to be camera shy and could never handle interviews with élan,” he says. “I was clueless about what I should wear even for a simple photo-shoot. So, whatever you see in me today is the outcome of trial and error. I ensured that my students never face these critical situations without being [properly] equipped. This is how we set up the grooming department.” He says he has roped in experts to develop each of these fields.

Born to a musical family in Badaun, Uttar Pradesh, Khan’s grandfather Ustad Nissar Hussain Khan was his guru. Although he had a gifted voice, he wanted to become a cricketer—a hope that was dashed when his voice got affected by hours of practice in the scorching heat. His grandfather forbade him from playing cricket. “The first part of my musical learning was not through conscious effort,” he says. “It was more out of the fear of being reprimanded for not doing my homework well. But later on, in my teens, my only focus and dream was to become a musician, which drove me harder towards achieving my dream.”

When his grandfather moved to Kolkata to join the ITC Sangeet Research Academy, he took Khan with him. After a series of interviews, he was selected as an exponent of classical music. Since then, he has become an icon and an integral part of the cultural life of Kolkata, the city that was home to another classical music great in the 1930s—Bade Ghulam Ali Khan.

Khan’s open throat voice is not similar to Ghulam Ali’s, but when he sang songs like Kya Karu Sajni Aye Nah Balam and Yaad Piya Ki Aye in Ghulam Ali’s thumri style in his own bandish (a fixed melodic composition in Hindustani vocal or instrumental music), the audiences were mesmerised by the style and range of his voice. Swiftly, Khan proved his mettle.

Though originally belonging to the Rampur-Sahaswan gharana, which his own guru and grandfather initiated, Khan did not confine himself to it. He believes that listening to music is as important as reading books which are outside those prescribed. But only listening will not make one a singer, unless the person is also acquainted with various rhythms and other aspects of music, like thumri (a vocal genre or style), dadra (a classical vocal form), kajari and hori (genres of semi-classical singing), bhajan (devotional song) and ghazal (Urdu poetry). Over a period of time, he mastered all of this and today, his music is popular in India, Pakistan, Bangladesh and other parts of South Asia.

“He is a great vocalist with a God-gifted voice,” says eminent flautist Pandit Ronu Majumdar. “He can bring out the true soul of a raga. What makes him special is that he can change his singing style according to the different formats of music.” Renowned santoor player, Tarun Bhattacharya says, “Rashid is certainly one of the foremost vocalists of the Hindustani classical gharana. He has achieved mammoth success through sheer struggle.”

Though he believes in gurukul or gharanas, Khan is clear that Bollywood and Indian popular music do not harm them. In 2007, when his singing in the super-hit film Jab We Met broke all records, he was met with a flurry of offers. Khan was cautious in accepting them. He brought out his debut ghazal album, Ishq Lamhe, in 2013. According to him, Bollywood has helped Hindustani classical music reach the masses. “The immortal melodies of Lata ji, Mohammed Rafi saheb and Manna Dey, to name a few, have helped preserve a number of Hindustani ragas,” he says.

He has himself often mixed music genres to an equally packed auditorium. For Khan, the survival of Hindustani classical music depends not on how much of the basics it retains, but rather on how much improvisation it can make while retaining the basics. Fusion and orchestration are part of that process, he says. The music of those like Pandit Ravi Shankar and Ustad Ali Akbar Khan, according to him, will remain for a thousand years because of the way it has been improvised—without losing its heart.