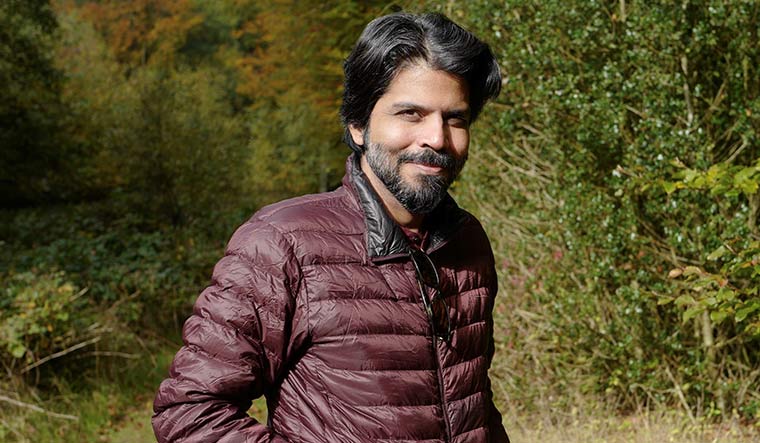 For a long time, Pankaj Mishra was known as the young maven who ‘discovered’ Arundhati Roy.

Mishra was in his mid-twenties, fresh off the success of his first book (Butter Chicken in Ludhiana, a travelogue), when he began a six-month stint as the India head of HarperCollins. Among the manuscripts he read was a melancholy tale of a backwater village in Kerala. Mishra thought its author—a screenwriter in her mid-thirties who had been moonlighting as an aerobics instructor—“had little notion of what the market required”.

Impressed, he called up Roy to congratulate her on writing “the greatest novel since Midnight’s Children”. The manuscript soon flew to London, and returned with the legendary agent David Godwin attached to it. Mishra and Godwin secured Roy an advance of Rs1.25 lakh—the largest for a work of fiction in India at that time—for what would be The God of Small Things.

Mishra’s own debut novel came two years after Roy burst onto the fiction scene. The Romantics, about the sentimental self-discovery of a young Brahmin in Banaras, was part autobiography. Mishra himself had come of age as a thinker when he was 20 years old, during the four months he had spent searching books in the dusty corridors of the Banaras Hindu University library. “I read randomly, whatever I could find,” Mishra would later write, “and with the furious intensity of a small-town boy to whom books are the sole means of communicating with, and understanding, the larger world.”

As it turned out, novel was too constricting an aesthetic form for both Mishra and Roy. They spent the next two decades churning out voluminous essays and reportage—the truth, after all, is often stranger than fiction. They meditated on the strange realities in places like Bastar, Kashmir and Ayodhya, and China, Tibet and Hong Kong.

Roy returned to fiction three years ago, with The Ministry of Utmost Happiness. Mishra, however, has established himself as a historian of ideas, and of the after-effects of the east-west encounters. His six works of nonfiction have not only expanded the understanding about Asia’s evolution, but also weakened the western belief that modernity and progress go hand in hand.

At 52, Mishra is widely admired for his illuminating views and his mellifluous prose. His latest collection of essays, Bland Fanatics: Liberals, Race and Empire, is a finely crafted arraignment of western notions about the east. The 16 devastating pieces in Bland Fanatics have no trace of the timid, inexperienced 20-year-old who used to devour books in Banaras, his lack of “basic knowledge of politics and history... a secret source of shame”.

“I am still a keen learner,” Mishra tells THE WEEK. “As a writer you are obliged to learn all the time, primarily about how to outwit yourself. Being apprenticed to the modern west and its intellectual traditions was a necessary step to challenging them, or interrogating their applicability outside the west.”

MISHRA’S INTERROGATIONS have won him as many brickbats as plaudits. In 2010, the economist Jagdish Bhagwati denounced Mishra’s work as “fiction masquerading as nonfiction”. In 2011, the historian Niall Ferguson threatened a libel suit after Mishra described him as a neo-imperialist whose shifts in allegiances had recorded political and cultural changes more accurately than his books had done. Patrick French said Mishra had come a long way in life to live “at the heart of the British establishment, married to a cousin of the prime minister David Cameron”, but he seemed “oddly resentful of the idea of social mobility for other Indians”. In 2012, Salman Rushdie termed Mishra’s writing as “garbage”.

Mishra views this as an occupational hazard: his work challenges conventional wisdom, “so there is going to be some kind of friction”. “What someone of my background brings to this conversation is his or her own experience, which is not only of the western world but the vastly greater realms outside it,” he says.

Mishra straddles multiple realms. He was born in a once-wealthy Brahmin family in Uttar Pradesh that was reduced to penury by the land reform act of 1951. He was expected to study and work his way back into the middle class, but Mishra grew to dislike the world of careers and jobs as an undergraduate in Allahabad University.

“Bribery and nepotism played a major part in the disbursement of [government] jobs,” he would later write. “Students from the lately impoverished upper castes suffered most in this respect: if poverty wasn’t enough, they were further disadvantaged by the large quotas for lower caste candidates.”

Many of Mishra’s relatives, his father included, had right-wing leanings. His uncles were jailed after Gandhi was killed and the RSS was banned. His sisters attended a school where students were encouraged to disfigure sketches of Muslim rulers in history books. Mishra went to an English-medium school, where he was taught to view religion “as something one outgrows”.

The bookish months in Banaras after graduation transformed his life. He loved the Old Banaras “of chess games in the alleys, the all-night concerts in temples, the dancing girls at elaborately formal weddings, the gently decadent pleasures of betel leaves and opium”, and loathed the “fast-food outlets, video-game parlours and boutiques, the most garish symbols of the entrepreneurial energies unleashed by the liberalisation of the Indian economy”.

Visceral feelings have driven Mishra’s intellectual journey. He views modernity as a great, interrupting force that stunted and then irreversibly damaged the natural progress of eastern civilisations like India. According to him, the long British rule made Indians assume that “institutions (parliamentary democracy, nation-state), philosophical principles (secularism, liberalism), economic ideologies (socialism, followed by free-market capitalism) and aesthetic forms (the novel)... belonged to the natural and indeed superior order of things”.

But then, does he believe that the east was capable of developing its own modernity? “It depends on what you mean by modernity,” Mishra tells THE WEEK, “and whether we should take the modernity proposed by the west as our only measure—by which nations succeed or fail. China, for instance, arrived at a sophisticated theory of state and statecraft long before the modern age.”

In 2005, Mishra moved to London and married Mary Mount, a books editor and daughter of the conservative columnist and baronet Ferdinand Mount. The nobility he was denied in Uttar Pradesh is now accessible to Mishra in Britain, but he remains a vociferous critic of the British ruling class. He once described David Cameron, his wife’s cousin, as a “ghastly figure”.

Mishra believes that the vulnerabilities of modernity are particularly evident in India. B.R. Ambedkar had written that India’s liberal constitution gave people political equality, even as it left untouched the gaping social and economic inequalities. “We must remove this contradiction at the earliest possible moment; else those who suffer from inequality will blow up the structure of political inequality,” he warned.

The delay in heeding that warning has been lethal, says Mishra. “India is trapped by its grandiose middle-class dream of national greatness. It doesn’t have the material means to realise it, nor can it develop a more pragmatic sense of what it can achieve by way of security and dignity for its citizens,” he says. “What it does have is much coercive power to suppress disaffected citizens, especially in border states. Given the mass support for Delhi’s actions, India won’t cease its brutal blundering in Kashmir and the northeast. Nations are not diverted from their popular follies until they know catastrophe.”

REINHOLD NIEBUHR, the iconic American philosopher and theologian, believed that the bigger culprits of history were communists and fascists. In 1957, though, he wrote about the lesser culprits—“the bland fanatics of western civilisation, who regard the highly contingent achievements of our culture as the final form and norm of human existence”.

Mishra believes that these bland fanatics of liberalism made the modern, chaotic world. His new book delves into the consequences of this fanaticism—dysfunctional democracies, extreme inequality, lure of fascist mysticism, and suchlike. “What has become clearer since the coronavirus crisis is that modern democracies have for decades been lurching towards moral and ideological bankruptcy,” he writes.

The essays in Bland Fanatics are incandescent—Mishra’s piercing analysis and razor-sharp prose emit the heat of his personal experiences and the welcome light of his singular vision. “The essays don’t offer a taxonomy of liberalism—such an attempt is doomed anyway,” he says. “What it shows is how those who call themselves liberals, and claim to profess liberalism, have dabbled in all kinds of political tendencies—especially those they might be expected to be hostile to, such as imperialism and imperialist wars.” 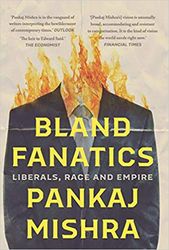