Ball’s in her court 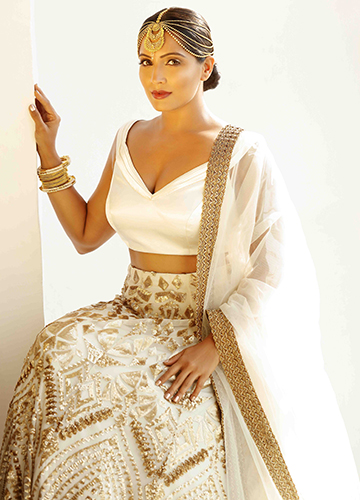 Meghna Naidu marked her arrival in the early 2000s with the remix of the song Kaliyon Ka Chaman. Since then, she has figured in popular films in Bollywood and in the south, and in television series like Jodha Akbar and Fear Factor: Khatron Ke Khiladi. Married to Portuguese tennis player Luis Miguel Reis, she now lives in Dubai, where she is a personal trainer and life coach, and runs a dance academy. Excerpts from an interview:

Q\ It has been a while since we saw you in films. Was it a conscious decision to stay away from limelight?

A\In the last few years, I have been living in Dubai with my husband Luis. So I have been busy with my personal life. I travel to India mainly to see my parents and for work. By living so far away I cannot really balance work and personal life, so I made a conscious decision to focus just on one for now.

Q\ You announced your marriage last year, after keeping it secret for a while. How has married life been?

A\ In December, it will be three years since we married. But we have been together for 11 years. It was not a secret with my family and close friends, but it is just that I had not announced it in the media. Married life is wonderful and with the right partner, it is even more exciting.

Q\ Your father is a tennis coach and you also play tennis. Was it the game that attracted you to Luis?

A\ Yes, my dad (Ethiraj Naidu) has been coaching competition players in India for the last 30 years, or maybe even more. I have always been a tennis fan because of him. He also taught me how to play the game. In fact, my dad was the reason why Luis and I met. He introduced us on the tennis court 22 years ago and since then we have been in touch, and the rest is history. Luis is Portuguese and his family lives in Portugal. He has been in Dubai for 22 years, and has his own tennis academies there.

Q\ The death of Sushant Singh Rajput has triggered a debate on how star kids have an advantage over outsiders in the industry. Have you been a victim of nepotism?

A\ Sushant’s demise came as a shock to each and every person in the country. Nepotism exists not only in our industry but everywhere. It depends on how people take it. I have faced it, too, in my initial days, and it made me very sad, because I lost out on a few good projects which would have enhanced my career.

Q\ In the last few years you have been part of some television shows. How was that experience like?

A\ It was a wonderful experience to be a part of the television industry. I learnt so much more about acting and how tough an industry it is. I look forward to doing some more interesting shows on television soon. I prefer reality shows because it is short and entertaining.