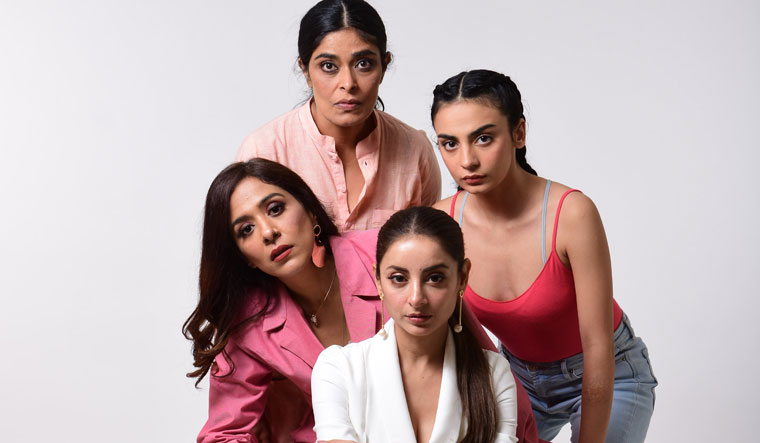 There is a new superhero cape: the burqa. Not in the trademark black, but in colours of summer fashion—fuschia, fire engine red and tangerine. If Spider-Man has his mask to fight his crusade, the Churails from Karachi have their own version of the justice brigade.

Streaming on ZEE5, the Pakistani show Churails has stirred up a mini revolution. Sassy, funny, dark, disturbing and addictive, the 10-episode show is replete with strongly etched characters and a story that stays with you much after the show is over.

Welcome to Karachi 2020—a place of sprawling bungalows, beautiful women, politicians, cheating husbands, greed, drugs and the seamier side of a modern metropolis. Asim Abbasi, director of the film Cake (2018), about the relationship of two sisters, is now back with a hit web series.

Churails brings together four women who turn their personal battles into an all-out war for justice. There is Sara (Sarwat Gilani), the perfect wife who discovers one night that her husband has sent messages from LA to Larkana; Jugnu (Yasra Rizvi), a wedding planner estranged from her family and a socialite who is never far from her hip flask; Zubaida (Mehar Bano), a young aspiring boxer with a conservative father; and Batool (Nimra Bucha), who murders her abusive husband.

The show cuts across class and privilege to show different faces of Karachi. There is love—not the usual romance—and there is anger. “It is female fantasy,’’ says Bucha. The four get together to start a boutique—Halal Fashions—which is a cover for a detective agency to expose cheating spouses, offering the enticing promise of, “Mard ko dard hoga” (Men will feel pain). The women of Karachi who lavish money on “lawn and zewar (jewellery)’’ choose instead to spend it on finding out the truth about their partners. Think Scandal, but with burqas instead of Olivia Pope’s gladiator outfits.

In one episode, the English professor Uncle Ifty tells Jugnu condescendingly, while pouring out a generous glass of wine, “You have got a thing about notions. The notion of wanting more, being more, deserving more. This has got inside you and reason flies out of the window.” This rebellion and the need to be seen—a powerful and universal emotion—lie at the heart of the show.

Churails is also about friendship and camaraderie—real and authentic. The bond between the women is palpable. “We have become such good friends now,’’ says Bucha. “Playing out the script at rehearsals brought us together. The script touched our hearts so much that it shook us. I think that, in the end, what was happening to us as actors onscreen was happening to us behind the scenes—this aspect of sisterhood being the real and final family.’’

There are many reasons for the show not to have become the word-of-mouth hit that it has. It is Pakistani—a word that in India provokes hostility, especially in the past few years. It is about women getting their own back, written in the post #MeToo world. There is violence, mostly by women. Zindagi TV had to stop telecasting Pakistani shows post the Uri attack. Yet, these are possibly the very reasons that the show, currently trending on Twitter, works. It also works because it is not peddling love, but something more powerful—a combined sisterhood. It is like the thrilling discovery of Pakistani actor Fawad Khan all over again.

What helps is the flawless and pitch-perfect acting. Whether it is the charming, flippant and privileged Jugnu, who yet has depth, or the young, impulsive and determined Zubaida, each character has grit, which, helpfully, the women have in real-life, too. “We have all dealt with rage,’’ says Rizvi. “If you look at it, we are kind of the underdogs. Underdogs have a little bit of rage. We are women who have been very vocal about equality and feminism in our own countries—all aspects of it.’’

The show is also a peek into a different side of Pakistan, where women drink, plot, curse and smoke up. Not since Moth Smoke— the Mohsin Hamid book full of forbidden love, drugs and crime—has there been such an awakening. It is a fascinatingly different world—one that has never really been part of popular culture. 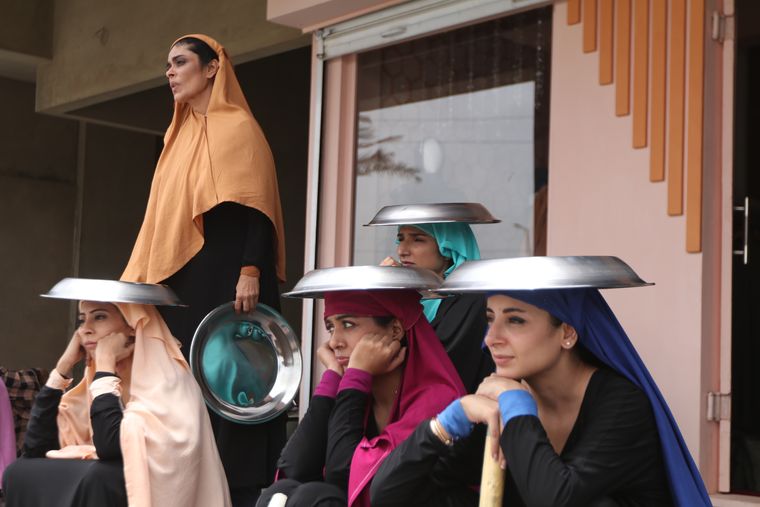 Karachi confidential: A still from Churails

Unlike the more refined tehzibdar (civilised) world of the shows that, in the past, have become cross-border hits, Churails does not offer the comfort of gentle romance wrapped in eloquent Urdu. There was a time when scratchy, borrowed VHS tapes of Pakistani plays were consumed over weekends—Dhoop Kinare (1987) with the original McDreamy, Dr Ahmer, Tanhaiyaan (1986-2011) and Ankahi (1982), after which the character of Sana (Shehnaz Sheikh) became the favourite of a whole generation of young girls in India. “There are people who have pointed out, this is Pakistan? It does not look like Pakistan,’’ says Bucha. “But neither of us (India or Pakistan) has seen each other in that way. We have not had a close look at each other. We have only seen what cinema or television have shown us. It has shown us what, I feel, has been stuck in a time warp. It is not really us.’’

Abbasi crams everything into his Karachi. A transgender character, a socialite who marries a “negro”, gay love, the secret parties and forbidden encounters of the rich, powerful and the privileged, cheating and abusive husbands—all come together to create a complex and addictive show. It is a whole universe, and it is easy to resort to stereotypes, but the strength of Churails is that it never dissolves into tokenism.

“It is a Pakistani story,’’ says Bucha. “We complain that we don’t tell our story. Here we have, and that is why it has created so much noise. It has created many ripples because truth can do that.’’ What is compelling is that these women are not just Pakistani like the earlier plays, there are flashes of them in each of us. “I think the series shows parts of us which are real,’’ says Bucha. “But because you have not seen us, it seems like we are from another planet. We are more similar than we are different.”

Just like for the actors, for the viewer, too, the show is an incredibly satisfying and freeing experience. “It liberated me as an artist at so many levels,’’ says Rizvi. “I am a woman who has spent all her life fighting and working for myself to have a voice in not only this society, but also this country and this industry. I am now beginning to think that there are many like me who do not choose to voice themselves. So maybe I should make something autobiographical, which will give them strength because they know it is not a work of fiction.”

For others, there is the rumour of a sequel.