A jugalbandi of minds 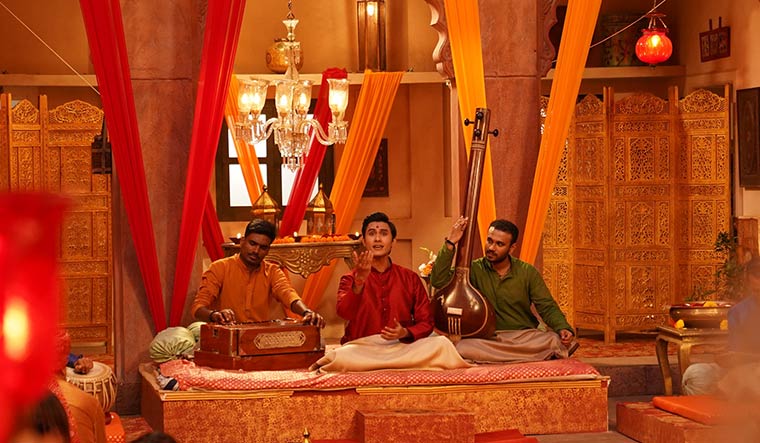 Fine blend: Ritwik Bhowmik in a still from Bandish Bandits.

Ever since they first met on the sets of Barfi! (2012) as assistant directors, Amritpal Singh Bindra and Anand Tiwari dreamt of collaborating on a show that would capture young love in all its glory and agony. “A story that was fun and young,” says Bindra. “That spoke about the conflicts that young [lovers] often face in their families.”

That is how Bandish Bandits on Amazon Prime Video came to be, with Bindra as executive producer and Tiwari as director. Apart from the duo, the show has two other writers, Adhir Bhat and Lara Chandni.

Bandish Bandits could be a first on a few counts. It is the first Indian web series to have music at its core. It also marks the digital debut of the composer trio Shankar-Ehsaan-Loy and brings together acting stalwarts Naseeruddin Shah, Rajesh Tailang, Atul Kulkarni and Sheeba Chaddha, with two new faces—Ritwik Bhowmik and Shreya Chaudhry—as leads.

The 10-episode series starts with an interesting premise that juxtaposes Hindustani classical music and pop music in its storyline quite convincingly. Radhe (Ritwik), a singing prodigy from the Rathod gharana of Jodhpur, is torn between staying true to his legacy and helping his beloved—Tamanna (Shreya), a pop sensation—achieve the stardom she has always dreamt of.

“I have absolutely no background in music. In fact, I didn’t even like classical music,” says Bindra. “Hence, it was quite an interesting journey for us to write a show on music.”

And while the two main characters are representatives of two very different mindsets that prevail in our country, Tiwari says, “the interesting part is that both are truly Indian—one traditional and one popular.” 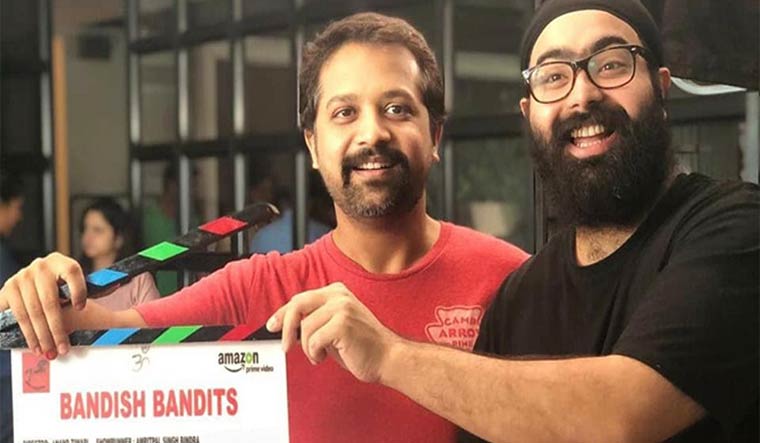 To understand the voices and choices of the youth, Bindra and Tiwari interacted with youth at the location in Rajasthan instead of relying on their own feelings while writing the show. “We don’t sit in Bandra West or Andheri West and think that this is how we feel and this is how the story should be,” says Tiwari.

Though the love story’s arc seems a bit stretched, the makers have beautifully tapped into life in Rajasthan. It is, however, the music that saves the show from sinking. With original compositions by Shankar-Ehsaan-Loy, songs like Virah, Lab Par Aaye and Garaj Garaj (in two versions) elevate the show. What also works is the indepth portrayal of some traditions followed in gharanas.

For instance, in the second episode, titled Shuddhikaran, Radhe has to take a strenuous musical test to prove his mettle as a singer and as a sign of penance. These audience hooks came out of the research. “We spoke to a lot of musicians, including classical musicians, pop musicians and young playback singers to understand their world,” says Bindra. “Besides, we had music consultants to guide us through the show.”

They worked closely with the show’s music supervisor Akshat Parikh, a disciple of Pandit Jasraj, YouTuber Anuja Kamat and Aditya Oke, who was credited for the show’s music arrangement and classical music coordination. The musician Shankar Mahadevan guided them to a lot of people, says Bindra.

Tiwari, who directed the much-appreciated Netflix original film Love Per Square Foot, and Bindra took almost two and a half years to create Bandish Bandits. All that hard work and patience paid off when the show was lauded by music aficionados.

They had also worked together on Bang Baaja Baaraat (2015), one of India’s initial web shows. “It has only been five years, but my God, look at how the [digital] landscape has changed,” says Bindra. “There has, of course, been the physical transformation in the scope, scale and size, with big players coming in and giving our shows a global platform. The other big change that it has brought is giving writers an amazing experience. We often say that film is a director’s medium and theatre, an actor’s. I really think that the digital space is a writer’s medium. It gives an opportunity to a writer to create a world that isn’t very singular.”

Bindra had to share the link of Bang Baaja Baaraat to make people aware of its existence. A few thought it was a film that did not make the cut and was therefore turned into a web series. That stigma, says Bindra, has reduced drastically in the last two years. The lines have blurred, he says, and that is a thing for people like him to rejoice about.