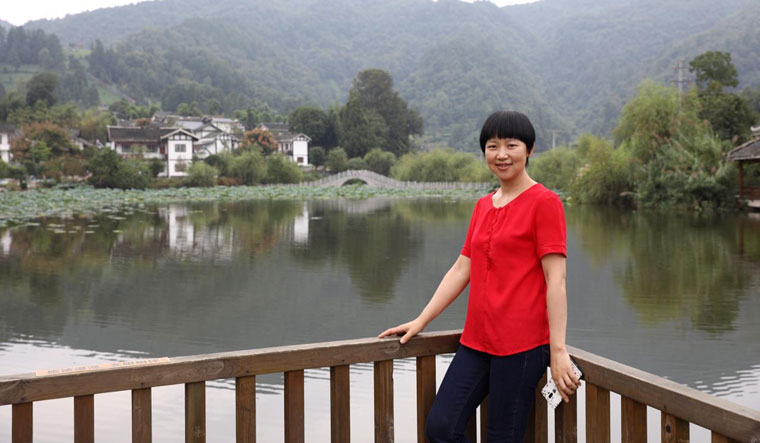 At 6:30pm every Saturday, the signature tune of China Radio International (CRI) wafts into Rajesh Mehara’s two-bedroom house in Rajasthan’s Jhalawar district. Sometimes the voice of Neelam, often Chandrima, Anjali or Bindi float through the airwaves, straight from Beijing, with CRI's live Hindi broadcast. Mehara has been listening to CRI for 20 years.

Gushing about the "Chinese-type Hindi" of radio jockeys from the state-run international broadcaster, the 35-year-old Mehara imitates their sedate but sonorous All India Radio-like “aapkifarmaish (Make a request)” lines. On May 20, CRI played a song he had requested on email—Hum Toh Chaley Pardes from Sargam (1979). “Sometimes I send letters with song requests,” says Mehara, a nurse. “I like it when they read out my name and address, before announcing my song request. Their Mandarin-style Hindi is a delight to my ears.” A father of two, Mehara says that his whole family loves radio programmes.

The CRI Hindi broadcasts a one-hour programme daily. The music programme that Mehara listens to has a 20-minute slot on Saturday. Although Mehara listens to many radio stations, he has a special liking for the Chinese shortwave stations. After the monsoon set in, he got CRI to play Tip Tip Barsa Paani from Mohra (1994) last month. The station also read out the name of his village, Bakani Khurd.

The India-China border stand-off has not affected CRI's weekly broadcast. “Perhaps, they may have lost listeners now,” says Mehara. “But their shows are not much different.” Mehara knows 10 others from his village who are regular listeners of CRI. They tune in mainly for songs and cultural programmes. “I do not listen to Chinese music. I only want Hindi songs. Their collection of Hindi songs is quite impressive,” he says, dismissing any talk of anti-India propaganda in CRI's programming.

Just like other international broadcasters like Voice of America, NHK World-Japan and ABC Radio Australia, CRI is also a soft power initiative. Founded on December 3, 1941, it began its Hindi service in 1959. It currently offers its services in 63 languages, including Tamil, Hindi, Bengali and Urdu. Back in 2013, CRI's Tamil service launched its first FM station in India as part of its 50th anniversary. CRI is the only Chinese state-owned station aimed at an international audience, though there are reports of Chinese stations being used for propaganda in border areas.

Mehara’s listening choices are reaffirmed by CRI broadcaster Yang Yifeng, aka Bindi. “We have segments on Chinese society, economic progress and a special segment on Tibet,” she says. “We do not play too many Chinese songs; there is no demand for it. We play mostly Indian songs. There is a 10-minute segment to teach Mandarin. That’s what Indian listeners prefer.”

Bindi has been working in the CRI’s Hindi service department since 1993. She studied Hindi at Peking University, followed by a year's stint at the Delhi University. She was in Chennai in October 2019 when China’s President Xi Jinping met Prime Minister Narendra Modi there. Her voice is clear, calm and comforting; little wonder why the station gets hand-written letters from remote corners of India. Most of the letters, she says, come from Bihar, Uttar Pradesh, Odisha and West Bengal.

She says that the number of radio listeners has dropped in the last few years. “Indians can only listen to our programmes via short wave radio. Besides, new media and the internet has led to a decline in our listener base,”says Bindi, who also produces videos and live shows for CRI's social media pages. Fond of Tagore poems in Mandarin, she almost sounds like a pacifist. “Our listeners tell us they want peace; they do not want a war [between India and China],” she says. “Because, these days the world is such that only with mutual cooperation can we move forward. It is a global village; be it an outbreak or any other issue. Same goes for economic relations.”

Lias Jiyong is a correspondent for China Media Group, which owns CRI. He has been in Delhi for four years now. He learnt Hindi in China and goes by the name Ramesh in India. Lias says CRI gets song requests from distant villages like Mirpur Juara in Chapra, Bihar. “We now want to focus more on positive news between the two countries,”he says, adding that hand-written letters from Indian listeners have dried up during the Covid-19 pandemic.

Lias says he is at home in India. “I have gone back home only once (in four years)—for a month,” he says. “I do not miss home much. My security guards, neighbours and houseowners all have been good to me. They are normal people. For them 'boycott China' only exists at the government level."

Rabi Sankar Basu, 52, from West Bengal first stumbled onto CRI in 1985. Back then, it was known as Radio Beijing. Basu was trying to tune in to an All India Radio play in Bengali, when he caught a mellifluous voice signing off in stilted Hindi. Since then, he has been an ardent fan of CRI. In 1999, Basu started a Sino-India friendship club named New Horizon Radio Listeners' Club, which has 62 members.

Interestingly, Basu does not want CRI to play Hindi songs. He has shot off angry letters to them on the issue. “Why are you listening to CRI? To learn about Chinese culture, right? You can listen to enough Hindi songs on Indian radio channels,”says Basu. “This has been happening for two to three years. It is just not right.”