Coup with a clone 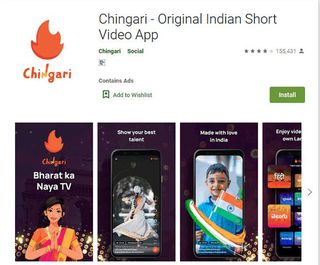 Sumit Ghosh’s WhatsApp status—“hustling hard”—is an apt reminder of the push-and-shove game the 34-year-old entrepreneur has entered into. He has taken on the onerous task of attracting TikTok fans to his short-video app, Chingari. He wants to be the firecracker in the great void left behind by the banned TikTok.

Local alternatives to the banned Chinese app are variously motivated. ShareChat’s Moj targets “talented local artistes”. Mitron faced the allegation that its source code came from Pakistan. The Art of Living’s Elyments suffered a cyber attack less than a day after its launch. Bolo Indya wants to host “knowledgeable” videos. Roposo, with more than 50 million downloads, started as a fashion social network, but became a video platform.

Ghosh has no such spin to offer. He is as straightforward as it gets. “A TikTok user should feel at home at Chingari,” he says. “We provide them with everything they were doing on TikTok.”

Ghosh developed his app in 2018, after his market research threw up Musical.ly (later acquired by Beijing-based ByteDance to become TikTok) as a fast-growing social media app. In November 2018, he launched Chingari, which he incubated at his software development company Globussoft Technologies in Bengaluru. For more than a year after its launch, Ghosh witnessed the rise of TikTok in India, while his own local version went into a limbo. 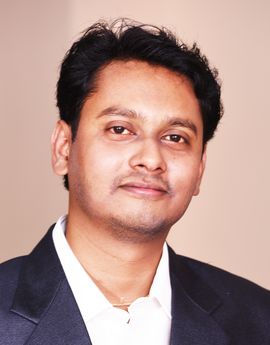 Around June 10, with anti-China sentiment at a crescendo, Ghosh saw a gradual uptick in Chingari’s user base. Within the next six days, he earned 25 lakh users. The surge went on, followed by newspaper reports and then a game-changing thumbs-up by a corporate honcho. “I had not ever downloaded TikTok, but I have just downloaded Chingari. More power to you,” tweeted Mahindra Group chairman Anand Mahindra.

“That tweet shot us into a whole new orbit,” says Ghosh. “The next day we had one million downloads. After TikTok was banned on June 28, everything skyrocketed. Now, I have 26 million users and 3 million daily visits.”

In the first week of August, Chingari became a winner in the social mobile app category of the AatmaNirbhar Bharat App Innovation Challenge launched by Prime Minister Narendra Modi. Buoyed by this approval, Ghosh is ready to embrace the deep-cash game that is cloning TikTok, and venture capitalists are lining up to fund his app.

His many-splendoured plans to lure users include getting government officers to make videos, offering scratch card money for continuous scrolling, and crowning a national “Chingari star” with a cash prize of 01 crore following a two-month-long contest, with a Rs5 lakh cash prize for each state winners. “I want everyone in the streets to start talking about Chingari,” he says.