Writing helps you explore the limits of what is possible 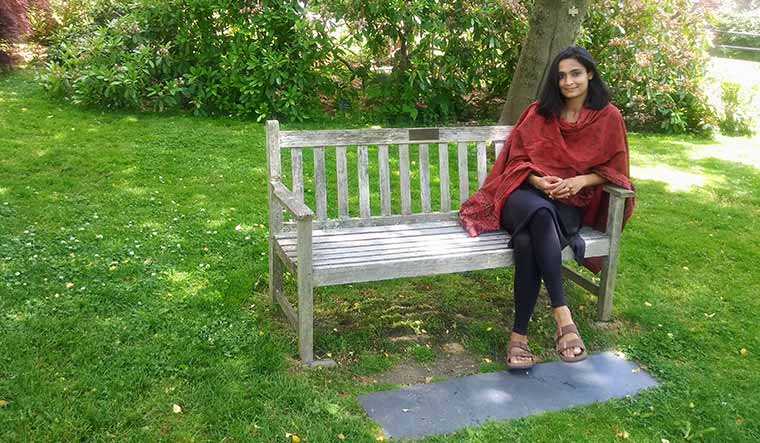 The girl with the black bindi knows she is not supposed to glance at the boy in the white skull cap, but she does.” Thus begins Kritika Pandey’s short story, The Great Indian Tee and Snakes, which could perhaps alternatively have been titled, Love in the age of hindutva. One can imagine where the story is leading, but the beauty is how Pandey takes us there, through a wondrously lyrical world of moustachioed men who clean their ears with Q-tips and brides who hide the names of their future husbands amid swirly, intricate henna patterns. So perhaps it came as no surprise when Pandey won the Commonwealth Short Story Prize 2020 for her “gut punch of a story”, as described by one of the judges. After all, the 29-year-old MFA graduate from the University of Massachusetts Amherst is no stranger to accolades, having won the 2020 James W. Foley Memorial Award, the 2018 Harvey Swados Fiction Prize and the 2018 Cara Parravani Memorial Award in Fiction. Excerpts from an interview:

Q/ How did The Great Indian Tee and Snakes come about?

A/ I wrote the story after Tabrez Ansari was lynched by a mob not far from my parents’ house in Jharkhand. I was visiting them at the time. And I could not do much else other than write in order to cope with my grief. I can only imagine what Ansari’s family must have gone through…. I wrote The Great Indian Tee and Snakes to help my readers acknowledge that we need a lot more compassion in this world. What we have right now is far from enough.

Q/ What does it mean to be a writer from Jharkhand? How has the place you grew up in influenced your writing?

A/ When you grow up in a place that is not part of the popular imagination, a place that you do not see in any of the movies or read about in any of the books you come across, then you move through the world feeling immensely alienated. This sense of alienation is evident in everything I write. All my characters struggle to belong, even to themselves. My childhood in Jharkhand was mostly about staying locked up in my parents’ house. One set of windows overlooked the slums. Another set of windows overlooked relatively wealthier people’s houses and cars. As I grew older, I discovered the third set of windows: books. I read as often as I could. It helped me get away. I made friends with fictional characters with effortless ease. But if I found myself in a family gathering­—full of elders who wanted me to touch their feet and be a soft-spoken girl who does not talk to boys—then I had no idea what to say or do. So I would return to reading once again.

Q/ Why did you pick engineering over writing? How did you arrive at the decision to give it up?

A/ I did not decide. It was decided for me. I got 97.2 per cent in Class 10. And my entire family, as well as most of my teachers, kept telling me that I should be an engineer. So that is what I did. Then, when I finished college, I refused to take up the job I had been offered during campus placements because I could not bear to keep feeling as miserable as I had felt for four long years at college. At some point, you have to stand up for yourself. Especially if you are a woman, because people tend to think that women are too stupid to know what they are talking about.

Q/ How did it feel like to win the Commonwealth award? Can you describe your reaction when you first heard about it?

A/ I felt two things. One, that I was not wrong in realising that I wanted to be a writer in Class 7 when I read Sarojini Naidu’s poems in my literature textbook. Two, that I have a renewed responsibility towards people whose struggles have been historically (made invisible). Writing cannot single-handedly change the world, but it has its place in the project of resistance.

Q/ Which is the one novel you could read and re-read a dozen times and still not grow bored of? And why does it hold such an appeal for you?

A/ Anything that Clarice Lispector has ever written. She is more than just a writer. She is a magician. She can reach into the innermost crevices of your soul and reveal a part of yourself to you that you would not have encountered without having read her. Here’s a snippet of her genius: “I write as if to save somebody’s life. Probably my own. Life is a kind of madness that death makes. Long live the dead, because we live in them.”

Q/ You have described with such insight the emotions of a girl who falls in love, perhaps for the first time, in your story. Did you draw upon your own first love to give it authenticity? If yes, could you describe your experience of falling in love for the first time?

A/ Without getting into too many personal details, I will say that, let alone marrying, not being able to even hold hands with the person you are infatuated with is a lived reality for many young people in India. And it is no surprise that romantic love is such a taboo in our society. This is precisely what it takes to maintain one of the cruellest systems of social segregation in the history of human civilisation: the caste system. And a lot of it relies on controlling the bodies and sexualities of women. Upper caste women, like me, must at all costs be forced to marry upper caste men in order to reproduce caste hierarchies. This is why if we say no to being controlled by social norms, then all hell breaks loose.

Q/ What is the first short story/ poem you ever wrote? What inspired it and how do you feel about it now, after so many years?

A/ Our English teacher had asked us to write something, anything, and I had written a poem about war. It was obviously not good poetry. But I remember feeling an unparalleled excitement as I discovered certain ideas only once I wrote them down. That is the power of writing. It helps you explore the limits of what is possible, both inside and outside of your head.