Megha Majumdar has shot to literary fame with her debut novel, A Burning 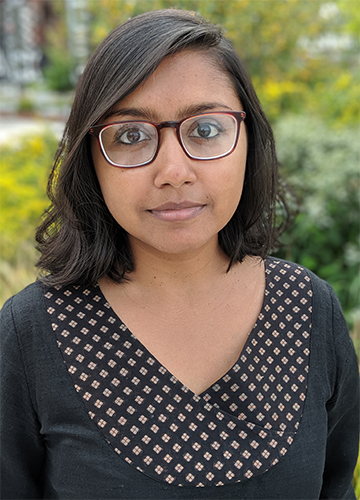 The only Megha Majumdar that exists on Skype that matches the id is located in Beijing. And that is all that it says. No photograph, no personal details, nothing to suggest Majumdar has burst into literary stardom with her debut novel—A Burning.

“I spent seven months in Beijing,” she says from her Brooklyn home, by way of explanation. She worked with high school teachers and students in Beijing, helping them research schools in the US. Majumdar is a poster girl for everything that middle-class India dreams of. Her academic credentials are stellar: Harvard and then Johns Hopkins University for social anthropology. “My parents have always been very supportive, even when I wanted to do humanities,” says Majumdar, who did her schooling at Ashoka Hall, Kolkata. “They supported me on research for college and reaching for the sky. It was quite unusual in my year.”

There have been few other books from the subcontinent in recent memory that have generated the kind of interest that Majumdar’s first book has. Aravind Adiga’s The White Tiger was one, thanks to the sheer power of his narrative.

The rave reviews for A Burning continue to pour in. Margaret Atwood recommended it; Amitav Ghosh endorsed it before it hit the stands. Over the past month, Majumdar has found fame with her book. She is a favourite at webinars, her name acquiring heft at a time when the world stayed indoors and bookshops remained largely shut. “It is very gratifying,” she says.

Majumdar’s book is fast-paced, almost breathless—a word that one would not usually associate with a literary novel. Manasi Subramaniam, head of literary rights at Penguin Random House India, stayed up the night to read it. In the morning, Subramaniam, who edited the book, called up Alfred A. Knopf in the US and said she had to publish it. An editor herself, Majumdar spent four years on the book to ensure that each word and sentence propelled her story further. “A book makes a claim on a reader’s time,” she says. “It must reward that time.”

Majumdar left Kolkata barely an adult, at a time when Bengal was at the cusp of change. In 2006, the Singur issue was raging, and it propelled Mamata Banerjee straight into Writers’ Building, ending the Red years. More than a decade later, at 32, Majumdar has written a political novel capturing India’s less than shiny side. Asked if she set out to write a political novel on JLF’s Brave New World, Majumdar answered earnestly: “I don’t think it is possible to write a novel that doesn’t grapple with power and freedom in some way.”

Her book opens with a curfew, after men have thrown flaming torches into a train. The fire spreads to the huts that border the station. Jivan, a young Muslim woman who witnesses the attack, posts something “dangerous” on Facebook: ‘If the police didn’t help ordinary people like you and me, if the police watched them die, doesn’t that mean that the government is also a terrorist?’ She is arrested and accused of collaborating with a terrorist to start the fire.

The novel weaves in the lives of two other characters who become integral to Jivan’s battle to tell her side of the narrative. Lovely, a transgender who dreams of being an actor. Jivan teaches Lovely English—a skill that she needs to get ahead. The other character is PT Sir, who teaches physical education at the girls’ school where Jivan studies. He hopes Jivan, a natural at kabaddi, will become an athlete like him; he forgives her soiled skirt and old shoes. But she drops out without an explanation. Fuelled by his ambitions, PT Sir gets pulled into right-wing politics. Both Lovely and he have to testify at her trial. The choices they make—linked to their own ambitions—and the story they choose to tell will determine her future.

A Burning is dark, eerily real and accurately depicts India’s hyper-nationalism and its steady shift to the right. The sheer enormity of the themes—from nationalism to the system that has unfairness built into it—is enough to bog down any writer, especially one who has never written before. This is where Majumdar’s craft shows. “Because I am an editor, I am my own harshest critic,” she says, laughing. “I kept asking questions: Is this confusing? Am I bored? What do I want to say?”

She always wrote, right from “essay competitions in school”. Like many people, she says, she dabbled with short stories. Did she win competitions? “Sometimes I won,” she says. “I got more serious about writing with the book.”

Majumdar’s book has the lightness of a jamdani—a sari her Bengal is famous for—blended with the urgency that makes it impossible to put down. Has her life changed? “When [you] sit down, and you are alone with the page, it is as hard as it is to get as close to the vision you have in your head,” she says. “It is solitary, it is slow, it is hard work.”

And, she has begun again. 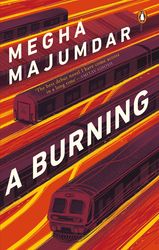