The lore in four 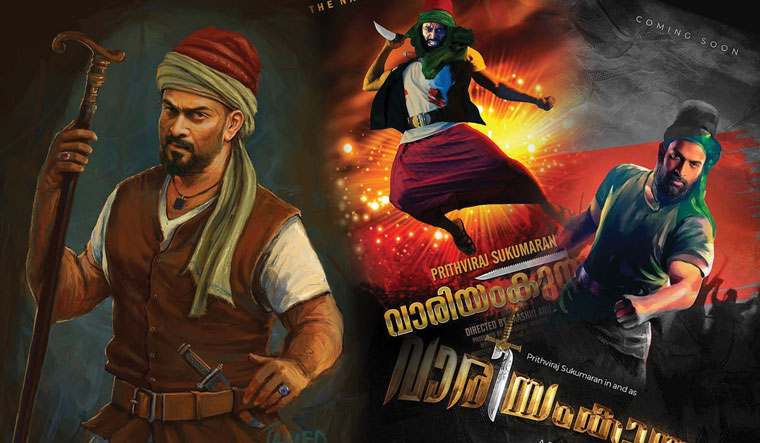 The Malayalam film industry might be having its Rashomon moment. Much like Japanese filmmaker Akira Kurosawa’s famous movie, in which four people tell different versions of the same story, four Mollywood filmmakers have, almost simultaneously, announced movies on the same person, Variyamkunnath Kunjahammed Haji. He was an early 20th century freedom fighter from Malabar who played a crucial role in the Malabar rebellion against the British. He had even established a short-lived regime called Malayalanadu before being shot dead by the British in 1921.

The ruckus in Mollywood started with Prithviraj, one of the leading actors of the Malayalam film industry, announcing a movie on Haji titled Variyamkunnan. It would be directed by Aashiq Abu, one of the ace directors of Mollywood, with Prithviraj playing the title role. The film is expected to release in 2021, to coincide with the 100th year anniversary of the Malabar rebellion.

The announcement was immediately met with resistance from right wingers, who consider Haji as having massacred Hindus during the riot. Prithviraj’s Facebook page was flooded with hate messages. When supporters of the movie joined in, it became nothing less than a virtual firefight.

Other than the “anti-Hindu image” of Haji, what irked many was the ideology of the filmmakers. The leaning of co-director Muhsin Parari and scriptwriter Ramees towards political Islam provoked many to question the film’s intention. Many lamented that Prithviraj had become a “pawn in the hands of Islamists”.

But what followed was nothing short of astonishing. The next day, three more films were announced by three different directors on the same person. The first one to enter the fray was two-time MLA and award-winning filmmaker P. T. Kunju Muhammed, with Shahid Vaariyamkunnan. The second film, titled The Great Vaariyamkunnan, was announced by director Ibrahim Vengara.

While the first three films will portray the title character as a hero, the fourth entrant has a different take on it. To be directed by Ali Akbar, a pro-BJP film director, the movie will, apparently, “expose Haji’s real face”. Akbar said he would be making the film through crowd-funding.

Interestingly, a film called 1921 was made in 1988 on the same subject. Directed by I.V. Sasi and starring Mammootty in the lead, the movie had gone on to become a super hit. The debate took a political turn with Chief Minister Pinarayi Vijayan affirming that Haji was a warrior who led a brave battle against the British. “Kerala has always recognised him as a warrior,” he said. “There is no need to give a communal angle to that historic fact.” As expected, BJP leaders reacted strongly against it. “The Hindus have suffered a lot during the Malabar riots. If these films are being planned to make the oppressor a hero, then we will not allow it,” said senior BJP leader Sobha Surendran.

Film lovers and critics, however, feel the more the merrier. “There is no one narrative to any incident. Let there be multiple narratives about this historic persona.... It is for the viewer to judge which is a better film,” said noted film critic C.S. Venkiteswaran. He pointed out that when the movie 1921 was released, there was no controversy. “If the same subject becomes controversial now, it only reflects how polemical Kerala society has become,” he said.

The Film Employees Federation of Kerala, (FEFKA), meanwhile, has welcomed the move to make four movies on the same theme. FEFKA stated that it respected the creative freedom of all the filmmakers involved in these projects, and hoped that this would give a much needed boost to the film industry, which is struggling post Covid-19.