Stories from the core 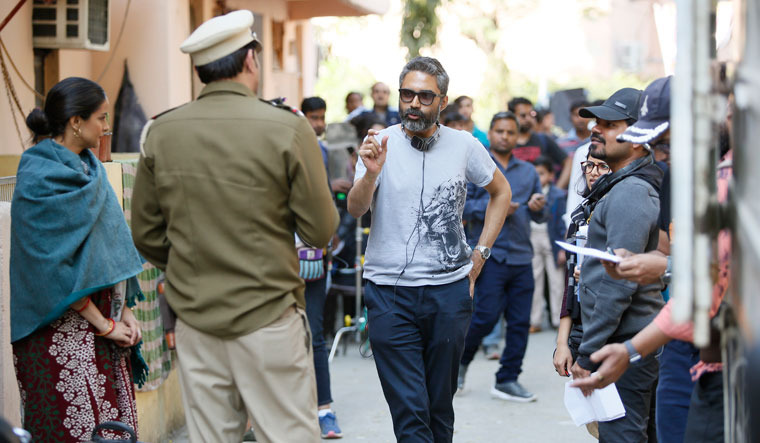 Into the Dark web: Sudip Sharma on the sets of Paatal Lok | JIGNESH C. PANCHAL

It was 1998. Sudip Sharma was pursuing his under graduation at Hindu College in Delhi. Ram Gopal Varma’s Satya was the latest movie in town and every youngster was making a beeline for the theatres. Sharma did too, little aware that it would become the turning point in his life. “I remember being stunned by its visual language, the craft of the storytelling, and the great texture that the film had,” Sharma says over the phone, almost a month after Paatal Lok’s release. The Amazon Prime Video show, of which Sharma is the creator (directed by Prosit Roy and Avinash Arun), has already earned critical acclaim, and people are dissecting its scenes and characters, just like with Satya.

Sharma grew up in Guwahati, where his father was posted. While his passion for films started at a young age, the movies screened in Guwahati were entirely Bollywood, and he had almost no exposure to art-house films and world cinema. Sharma, however, recalls watching a few classics on Doordarshan.

His student days in Delhi, however, made him a film literate. At Priya Cinema in Delhi, he would watch acclaimed films from the west. Meanwhile, his academic journey progressed—he got into Indian Institute of Management, Ahmedabad. He was restless in those couple of years, thinking about the path he should choose. During those days, he kept watching a lot of movies—from early Korean and Japanese cinema to Tamil films. “I cannot say I was unhappy [there], but I was just trying to find my feet, figure out what I wanted to do with my life.” It took a while to figure all that out. In between, he picked up a string of corporate jobs.

With a very unsure attempt at making a short film, he, however, had found his calling—that it is writing that draws him. Soon, he quit his job to become a writer, something that would temporarily strain his relationship with his parents. “That is the easiest thing in the world to do—to announce yourself as a writer. But at the same time, it is really difficult to be a half-decent writer, [at least],” he says. Apparently, his wife, with a corporate profile, stood by him, all through his struggling days. 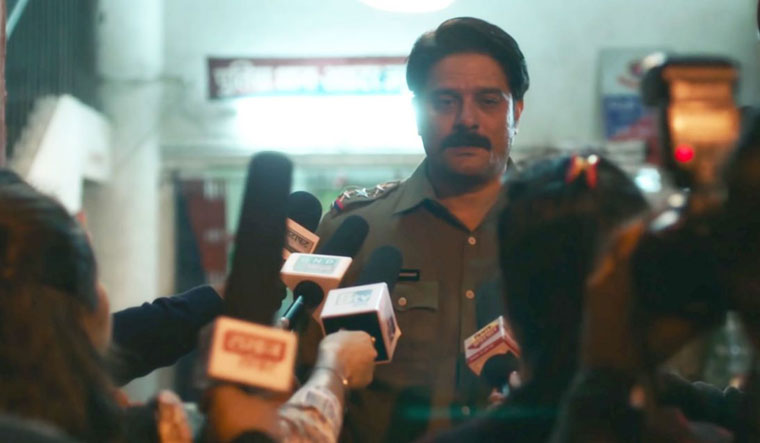 A still from the series Paatal Lok

He confesses that cinema is a very uncertain business. The first time someone told him that he is making a movie and that Sharma is going to write it, he got super-excited. “I threw a little party for some of my friends,” he says. “We all got drunk, and I paid the bill. Then I realised that no money ever came and no film ever got made.”

It took four to five years for him to figure out the craft. In 2010, he co-wrote the film Semshook (directed by Siddharth Anand Kumar) along with Rahul Singh. Sharma had been in search for collaborators he could work with on a long-time basis. Incidentally, he met Navdeep Singh—who directed Manorama Six Feet Under (2007)—on Facebook. Singh and Sharma would soon collaborate on a few scripts, that include an unreleased zombie-comedy, Rock the Shaadi; work on another film titled Kaneda; and then finally do NH10 (2015).

“He [Sharma] was a little raw at the time [of their first meeting],” says Singh. “But the potential whether you have it as a writer or not, that basic talent was inherently there.” For Paatal Lok, Singh came onboard as a script consultant.

Meeting Singh really helped Sharma. “He had experience over me,” he says. “He had already made one wonderful film. It really helped me hone my craft and get down to the root of it.” Sharma helps the writers he works with now to do the same.

On Facebook, Hardik Mehta—one of the four writers of Paatal Lok, along with Gunjit Chopra, Sagar Haveli and Sharma—wrote about how they were given a freehand in the research process to go to places like Chitrakoot to understand the world and the characters. “For me, Paatal Lok was the culmination of everything else that I had done in my life,” says Sharma. The show is set mainly in Delhi, Punjab, Bundelkhand and Chitrakoot. All these places were familiar for Sharma as he had done rigorous research on these places for his previous projects. “I urged the other three writers to do these rounds because it is important that they should also be on the same page,” he says.

Sharma is inherently drawn to complex stories from society, stories that are beyond the binaries of white and black. In the process, he has faced criticism, too. Over the last one month, people have questioned him over the depiction of violence against women in Paatal Lok; some have called him “Hindu-phobic”; and cases have been filed accusing him of portraying people from northeast India in a bad light. But nothing bothers him. “I consider myself a fairly responsible writer,” he says. “When I am writing something, the idea is never to sensationalise, at least not in my head. I have a very close and experienced group of readers who read all my scripts. These are the opinions I trust. I always knew what we had done. My own sense of judgement and responsibility told me that what we are trying to show is a very responsible gaze. How do you show discrimination without showing discrimination?”

It is not easy to research and write such stories that go deep into society. He remembers the disturbing experience he had during Udta Punjab (2016). “Day after day, I was meeting juvenile boys, 14 and 15 years old, who were addicted to drugs, who do not see a life ahead of them,” he says. “You are talking to them and you are seeing their desperation. It did take a toll on me. But then, you have to pull yourself up and tell yourself that your job is to tell the story.”

The idea of more and deep research fascinates him. “You cannot tell a story well if you do not understand it yourself,” he says, adding that he is looking forward to tell more such complex stories. “I am not interested in being super successful at the box-office in India. I want to tell stories that resonate beyond boundaries.”