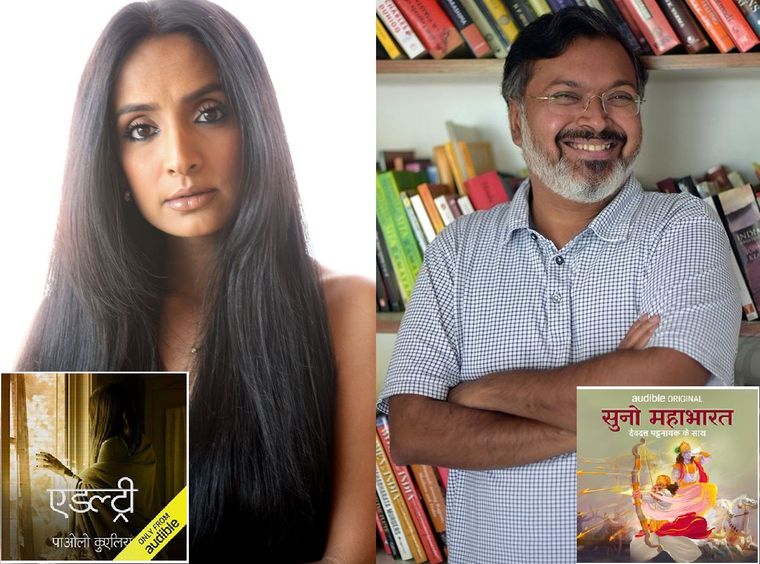 Vijay Vikram Singh has covered enviable ground as a voice artist. He has been the voice of the popular Indian TV series Bigg Boss since 2007, and provided viewers with a compelling aural experience in reality shows like MasterChef India, Indian Idol, and Sa Re Ga Ma Pa. Yet, nothing could have prepared Singh for the audiobook-reading gig that came his way in 2018 by way of Swedish company Storytel.

His first book was Chandrakanta Santati, a six-part magnum opus by popular Hindi novelist Devkinandan Khatri. The book series was a sequel to Chandrakanta, which inspired the blockbuster television series of the same name in the 1990s. “The sheer scale of the story, with a cast of at least 100 characters, completely blew me away. The story and writing were better than Game of Thrones,” says Singh, who took more than two months to complete the narration, voicing all the characters. “It was unlike anything I had done in my entire career.” He would take 15-minute power naps after every 30 minutes of narration in a tiny recording studio, just to get back a sense of control over the multiple voice textures. “I get a pittance for audiobooks compared with ad films and TV voiceovers. It is exhausting. The motivation to take this on has to come from somewhere else,” says Singh.

During lockdown, Singh managed to record Neem Ka Ped, another book that inspired a drama series in the 1990s. The story revolves around a bonded labourer and the neem tree that he plants as a running metaphor of his life. “I had to voice the tree too as a narrator,” says Singh, who narrated the book in sparkling Awadhi. He recorded the entire book over 20 days, starting at 6am every day, when his kids were asleep. “The thrill of doing this every morning trumped every inconvenience.”

In India, where even e-books have failed to make a mark, there should have been little hope for audiobooks in lockdown as they are essentially commute-consumption friendly. But quarantine brought about slow, invisible changes in lives and people counted on more things to keep themselves engaged. Major English publishing houses have ramped up their audiobook plans, and platforms like Storytel and Audible are witnessing a steady uptick in listenership. But what good is an audiobook if the storyteller is not leading listeners into the story with subtle and seamless narration? Thankfully, there are a few who have charmed listeners with their impeccable authorial voice.

Screen actor and a popular face in Mumbai’s theatre circuit, Shernaz Patel has been voicing for ads, corporate films and movies since college. Audiobooks came as a natural transition. She has narrated over 20 titles for Audible such as Wuthering Heights by Emily Bronte and Panchatantra. Fiction can be challenging when you have to voice multiple characters, while non-fiction can get dull and insipid. But Patel knows one thing about showing commitment to the subject and the characters. “When I was very young, someone told me that when you are on a mic, always think that you are speaking to one person,” says Patel. “Whether it is for an ad or a book, this approach will always bring greater intimacy, truth and connectedness with listeners.”

Suchitra Pillai, actor, model, anchor and former VJ, has voiced books for Audible with mostly women as powerful, central characters including Adultery by Paulo Coelho and The Forest of Enchantments by Chitra Banerjee Divakaruni. “There are no special effects, everything depends on the voice,” says Pillai. “You learn to change between Sita and Surpanakha. You don’t throw your voice out like in a drama, but learn to be controlled and get all your inflections, intonations, pronunciations correct.” Pillai recalls taking on the voice of an adulteress in a Hindi translation of Coelho’s Adultery right after playing Sita for Divakaruni’s book. “It was a very amusing experience reading Coelho’s book in translation. It was my first ever Hindi audiobook and I had to find translations for words like orgasm (hastamaithun),” Pillai says and laughs.

But Sonal Kaushal, a voice artist for children, talks about interesting conundrums in the world of audiobooks. Her sweet, lilting voice has vocalised characters like Doraemon, Chhota Bheem and Powerpuff Girls for long. “But [doing] books for kids is more work to keep them engaged,” says Kaushal. “You always have to be chirpy and bubbly. Even if I am [voicing] a monster, I can’t be so evil that they are scared off. I can play a boy, girl, mother, father, tree and a bird... everything. But if there are three kids who are chatting away like friends... I need to be so careful about the differentiation so that kids don’t get confused.”

And what happens when authors themselves read their books? Mythologist and author Devdutt Pattanaik recently released the Mahabharat as a six-hour audio show under Audible Suno. Pattanaik insists that his Mahabharat as an audio tale is very different from reading a book. “It’s sort of extempore,” he says. “There are pauses, some awkwardness and mistakes too, just like when we are speaking. The whole idea was to create a natural storytelling ecosystem.”

Pattanaik condensed the 18 chapters of his book into 18 Hindi episodes of 20 minutes each; he recorded it in a studio he set up at home during the lockdown, with the help of a sound engineer. With this reading, his own book revealed itself to him in newer ways. “But I don’t think I would enjoy reading from a book,” Pattanaik admits. “When you write, the sound is very different from when you are narrating the story. Especially my books, which are written in a rather staccato manner. I am not like Shakespeare, which has to be read or heard.”