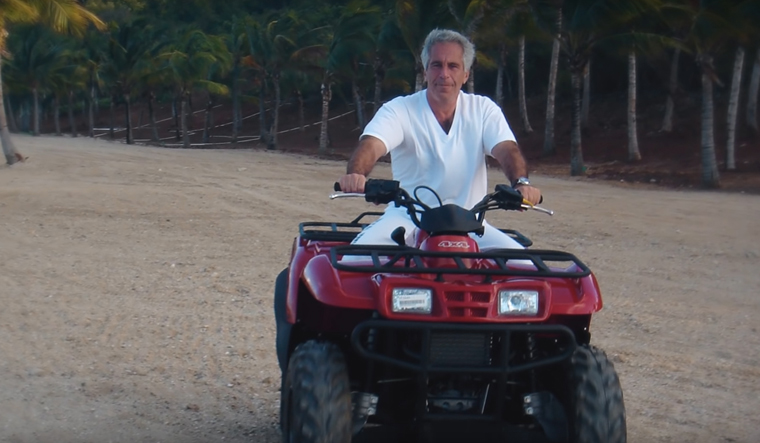 Few people know who Jeffrey Epstein really was. To the famous, he was rich. To the rich, he was brilliant. To the common man, he was a Jay Gatsby-like figure. But to his victims, he was the devil incarnate. The disgraced American financier had an obscene amount of money, enough to live recklessly as a paedophile and an international child sex trafficker, and leave his lawyers to cover up his tracks.

But Jeffrey Epstein: Filthy Rich, a four-part documentary, isn’t so much about Epstein as it is about giving voice to the many women who were lured into his “sexual pyramid scheme”. His procurers targeted vulnerable underage girls to give him massages at his various residences, and he would either abuse them for cash or pay them to bring their friends, who in turn would then bring their friends and so on.

While there is a lot of emphasis on whom the good-looking and suave Wall Street mogul hung out with—from Harvey Weinstein to Donald Trump and Bill Clinton—we also are told that many of his unnamed powerful friends were offered illegal sexual services and later blackmailed. Only Prince Andrew’s alleged crimes are spoken about. The weekend after the series released, news of Trump’s alleged involvement in the Epstein sex scandal resurfaced on social media.

There are no shocking revelations in Filthy Rich. It lets the survivors control the narrative, bolstered by interviews of journalists, attorneys, investigators and child psychologists to give us the full picture. It depicts the extent to which Epstein’s reach—from the state attorney to the FBI—could hush things for over 11 years. The failure of the criminal justice system rings loud and clear; with so much damning evidence, Epstein was still elusive for so long.

Numerous conspiracy theories sprang up after Epstein’s mysterious suicide in jail in 2019. The last episode addresses that, but more importantly talks about how the battle is far from done. The question of who Epstein really is, is eclipsed by other pressing ones like when his co-conspirators will be tried and who are the ones to whom girls were trafficked. The Epstein story is not over.