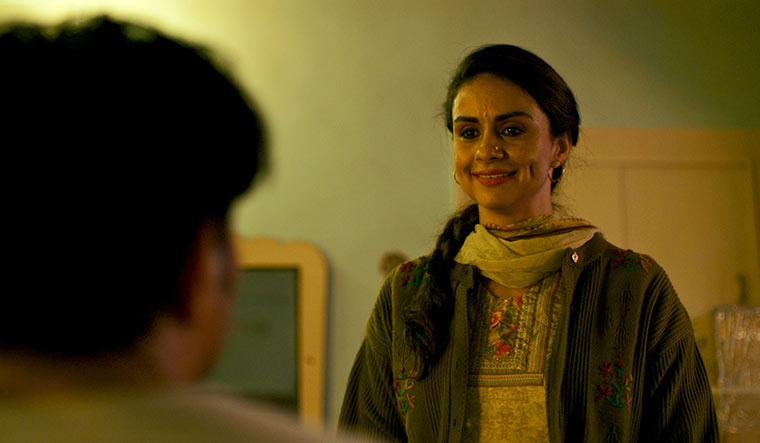 The entertainment industry, right now, could be neatly divided into two categories: people who realise and advocate the power of the digital mediums, embracing the manifold opportunities that the internet has brought, and people who are still fighting for and sticking to traditional mediums.

Actor Gul Panag is clearly the former. In just two years, she has done four shows (The Family Man, Rangbaaz Phirse, Pawan & Pooja and the recent Paatal Lok) on three streaming platforms and one theatrical film (Bypass Road). Then, there is a podcast, Special Mission with Gul Panag, that presents true stories of soldiers and their families. “I was pretty much working the whole year,” she says. Moreover, during the lockdown, she made use of Instagram Live chats—one titled Cool Tech, where she spoke to celebs including A.R. Rahman, R. Madhavan and Anil Kumble on how to remain productive using the technology at hand, and another titled What’s Echoing, where she highlights the work of Covid-19 frontline warriors.

Technology has had a special place in her life for long. “I was an early adopter of Twitter as well, back in 2009,” says Panag. “I was on Twitter with only five-six of us ‘public figures’. I always found it was a very democratic way of having conversations. You were able to express yourself freely.” She adds that earlier, one had to rely on media houses to put one’s views across, and there was no guarantee that it would be reported the way they said it. “I had an opinion and still have an opinion on everything. And I was able to put out my thoughts,” she says.

In the days after the lockdown was first announced, she was overwhelmed by the chatter all around. “Not a lot of people were making sense to me. There were conversations that were not going anywhere,” she says. So, she introduced Cool Tech to bring structure to the sudden shift to working from home. She then realised the need to bring out stories of warriors battling Covid-19. It started with talking to her vegetable vendor, who switched from a static stall to a small Tempo truck to cover about 500 societies in a week so that people do not have to step out. She followed that up with interviews with Mumbai Police senior inspector Shalini Sharma, and with Punjab Police sub-inspector Harjeet Singh. “I feel like a reporter waiting till the [last minute to know] whether I will get my guest tomorrow or not,” she says.

Every experience has been stirring for her, especially with the good traction she got. It is not incumbent on her to talk about certain topics, but she knows that for a person like her, it is important to discuss issues that matter. Perhaps, that is why she liked the script of Paatal Lok. “[I liked it] for the kind of picture it paints, and for the fact that it has so much subtext,” says Panag. “I enjoy content with subtext. I want to look for themes between the lines.” She plays the wife of Jaideep Ahlawat’s Hathiram Chaudhary, who is a police inspector in Delhi. “Even if we see cop dramas, we don’t really see much of their family life. Either it is too elevated or presented in a simplistic manner. I like the complexities and challenges that the character has and how she tries to keep her family happy with the grim circumstances around her all the time,” she says.

Panag has been around in the industry for over 20 years, and acknowledges the significant change that streaming platforms have brought to the entertainment space. “Earlier, our audience had to buy tickets to go to a theatre, and then rush to and from the venue,” she says. “Rewind to years ago when television [picked up]. I didn’t want to wait for a week for the next episode.”

Panag says that her husband, professional pilot Rishi Attari, and she are always on the move for work, and it is almost impossible to schedule things around television shows, or rush in and out of theatres, being the film buffs that they are. “As a viewer, I waited for years for the game to change with the internet delivery mechanism, [which has started now] with the algorithms and other things,” she says. She thinks that has changed how casting is now done based on an actor’s ability to play a character, instead of the viability of a star or the commercial draw.

As for her personal life, she is able to organise her time and do a lot more now than she could do in the initial days of the lockdown. After working late nights, she would have to wake up at 6am because her two-year-old son started waking her up in the mornings. “But I am grateful that I am in this lockdown with my husband, who is an incredibly hands-on father and partner,” says Panag.

Motherhood clubbed with the lockdown has given her a better perspective on life. She has been thinking about how her parents, especially her mother, would have raised her brother and her in times like these, sometimes in one-room accommodations in the middle of nowhere. “I wonder how she did it. We are far more privileged than our parents were,” she says. The pandemic may have turned things upside down, but it has been a huge learning curve for her.