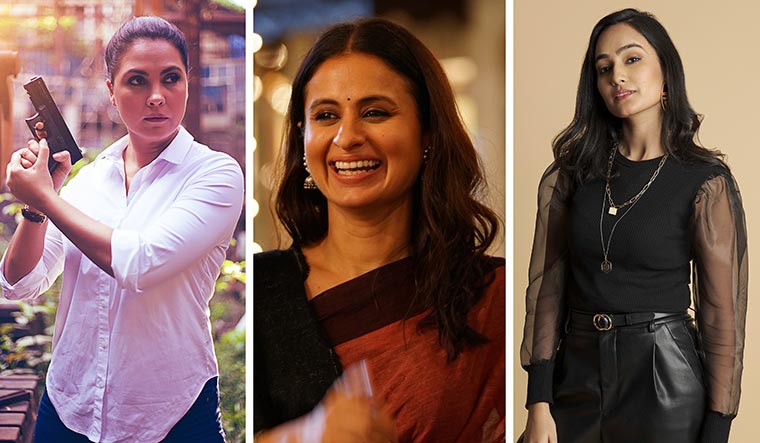 In 2006, creator-writer Devika Bhagat pitched a film to producer-director Aditya Chopra about an overweight girl who is unaffected by criticism of her appearance, and lives life on her own terms. Chopra turned it down because there were few female actors who would gain weight for the role and, more importantly, helm a film on their own. Four years later, Bhagat’s story found its space as a 25-episode TV series, Mahi Way, with the inimitable Pushtie Shakti playing the lead.

Writer Ruchi Narain struggled with something similar in 2013, when she wrote a story about undue privilege and societal biases, but found no male actors to take the role. It would take her another seven years to make and release Guilty as a Netflix original. Bhagat, who has written films like Manorama Six Feet Under, Bachna Ae Haseeno, Aisha, Ladies vs Ricky Bahl, says she has tried to pitch stories with women lead roles of all ages or financial statuses, many times over. “It is just that people have not been so open to it,” she says.

The grouse is not new. Films with women in central roles are scarce. There are the occasional bursts, like the early 2010s that had films like The Dirty Picture, Mary Kom and Queen. “Most people still think that male-centric films are sure shots at the box-office,” says Bhagat.

Yet, there is a reason for people like Narain and Bhagat to cheer. Within two months of Guilty, the Hotstar series Hundred released in April, for which Narain was cowriter and codirector. The series has two lead women played by Lara Dutta and Rinku Rajguru. And Bhagat is basking in the success of the second season of Amazon Prime Video’s (APV) Four More Shots Please!, which lays bare the vulnerabilities and biases that women go through. 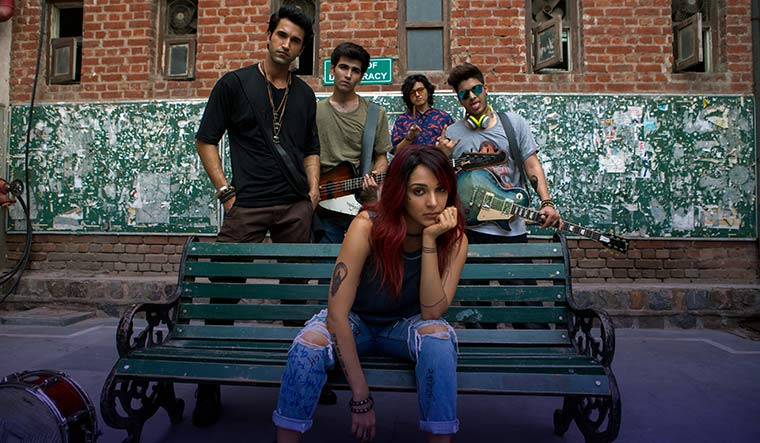 The wait ends: A still from Guilty. It took seven years for its writer, Ruchi Narain, to make the Netflix original as she struggled to convince male actors to act in the women-led film.

“What has changed is that all of us, the women who were striving to find a foothold in the film industry for 15 to 18 years, have reached our late 30s or early 40s,” says Bhagat. “We are in a position in our careers where we can control what we make. More importantly, digital platforms like APV and Netflix have women running the development department, which works in our favour. They are looking to us to bring them stories that are women centric.”

Narain thinks that something more has changed in the social fabric as well. Movements like #MeToo have sensitised people. Perhaps, that is also why even Hotstar, which is mostly led by men, could appreciate the rebel female characters Narain had written. It is encouraging, she says, but she also points out that it is still a man’s world. 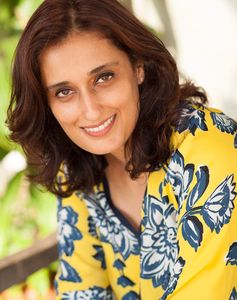 When Narain narrated the story to Dutta, she was expressionless. “Later, she called to tell me that when she joined the industry, she had never dreamt of being offered a role that is so real, that too in her 40s,” she says. Dutta, who says she was only offered eye-candy roles in blockbuster films overpowered by male superstars early in her career, was surprised by the offer. “In Hundred, I love the fact that the character is quite flawed, badass and sarcastic,” Dutta says. Streaming platforms have given the opportunity to Narain to write a story and character that she says she would not have had the guts to write for a theatrical release.

Actor Monika Panwar, who made an interesting turn in Netflix’s Jamtara in January, is at her candid best when she says, “The thought of always portraying stereotypical women disturbs me a lot.” She often wondered why people were not writing something special. “Why does a woman always need to look beautiful, listen to everybody, and if not that, end up a vamp?” says Panwar, who plays a spoken English teacher in Jamtara, titled after a district in Jharkhand that became known for its phishing scams.

“When I read Gudiya’s character for the first time, I was amazed. She is complex. Being from a small town didn’t make her simplistic,” says Panwar. She adds that digital platforms have created space for deeper characters and parts that do not always require known faces or certain physical traits.

It is no surprise then that the petite Rasika Dugal, who found it difficult to get suitable roles for over a decade, has become a favourite across platforms with strong roles in Mirzapur, Delhi Crime and Out of Love. “The entertainment space has gone through a tremendous change over the last couple of years,” she told THE WEEK while shooting for the second season of Mirzapur. “There is an abundance of work. It is encouraging. The kind of writing and content creation that the digital space is encouraging is also informing films.”

Like Dugal, Sobhita Dhulipala has also found a mixed bag of projects. She was applauded for her ambitious role of Tara in Made in Heaven on APV, and in Netflix’s Bard of Blood, where as an intelligence officer, her character exposes gender biases. “Most women already go through life having to prove their place even before their merits are actually assessed,” Dhulipala had said during the release of Bard of Blood. “That gender struggle is always prevalent and I am glad that I could play a character that taps into the average sentiments with regards to the gender dynamic.”

Aparna Purohit, head of originals, APV India, says that the digital world is “so democratic and so liberal that there is space for all kinds of stories”. “I think the fact that there are so many women at the creative helm now gives space to more female characters for better representation, more engaging plots and characters that have never been portrayed before,” says Purohit. 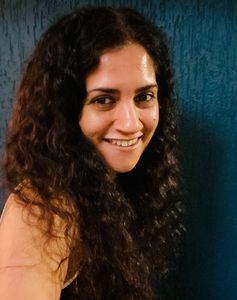 This principle cuts across platforms. Alt Balaji’s shows like The Test Case, Mission Over Mars and the recent Mentalhood explore premises that put women at the fore. “A lot of times the arc of a female character is in showing her strength,” says actor Maanvi Gagroo. “But strength is not always when a girl leaves her husband or walks out of her home. Of course, that requires strength. But even a woman living a normal life—running her house, having an important job and managing it all–that for me is the real strength of a person. I enjoy playing those characters and I wish there were more.”

Srishti Arya, Netflix India’s director of international originals, calls the current times “a golden age of entertainment in India” with a greater variety and diversity of stories being made for every mood and member of a family. “On Netflix, 60 per cent of our series and films in India have women in central characters. Audiences want to see diverse stories about women, on issues that relate to women, or with women in central characters,” says Arya, who is thrilled to see a more central role for women behind the camera too, which according to her means there is a greater flourishing of stories across genres. “Several upcoming stories by Netflix have women in leading roles in front of and behind the camera: Bombay Begums (directed by Alankrita Srivastava), Kaali Khuhi (directed by Terrie Samundra), Bulbul (directed by Anvita Dutt and produced by Anushka Sharma’s Clean Slate Films), Tribhanga (starring Kajol, Mithila Palkar and Tanvi Azmi) and Masaba Masaba (starring Masaba and Neena Gupta). We are excited about what lies ahead,” she says.