Actor Tillotama Shome on what helps her slip into character

In a diary entry made sometime in the late 1990s, Tillotama Shome wrote: “I want to act in a film with a director of international fame that will make people all over the world happy.” She had taken up theatre while studying literature at Lady Shri Ram College in Delhi, an experience she describes as “enriching and fulfilling”, and one that helped her come out of her shell. She had not yet started doing films.

“Can you imagine? It was completely naïve,” she says with a laugh about the diary entry. Six months later, her wish came true when she was offered a role in Mira Nair’s Monsoon Wedding (2001). “It was a film that made people happy,” she says, recalling how the team was on its way to attend the film festival in Toronto when 9/11 happened. She speaks about how, in a time of such tragedy, it was art that brought relief. “The film boosted public morale. I still get messages from people,” she says.

This March, however, has not been that favourable to art. Thanks to the lockdown, all shows and performances have been cancelled. While Shome’s digital show on Alt Balaji, Mentalhood, is being applauded, two of her films have been affected—Homi Adajania’s Angrezi Medium, which released just before the theatres closed and is now available on Disney+ Hotstar, and Rohena Gera’s Sir, which was to come out a week later but has now been postponed.

In Sir, Shome plays a widowed domestic worker, Ratna, who is principled and ambitious. Her self-belief and courage of conviction make her upper middle-class employer fall in love with her. Interestingly, this is not the first time that Shome has played a marginalised character. It started with Monsoon Wedding, in which she plays the help. Over the years, she has become more aware of how privileged she is when compared with her characters. In a way, that has helped her understand them better. “My sense of responsibility towards my characters has increased over time because I do not want to misrepresent the section of society [they belong to],” she says. “Given my entitlement, this is something that is important to me, perhaps now more than before.”

Like most people, her beliefs have been shaped by her experiences. As a child, Shome was grumpy, and not as social as her brother or cousins. Relatives often described her as “an old soul”. When her cousins fought over getting the best chair in the dining room, she would not hesitate to offer hers. She adds, however, that she enjoyed her childhood. Her dad was in the Air Force, and they moved houses every few years. “I really miss those days living in Air Force colonies because we experienced what secular India is, or should I say, was,” she says. “We got to eat all kinds of food and celebrate every festival.” Of course, there were challenges—like adjusting to a new place and learning a new language. “But the positive [part] was that I learnt how to camouflage,” she says. “I knew how to be a person who did not catch anyone’s attention.” According to her, that skill still helps her to slip into character. 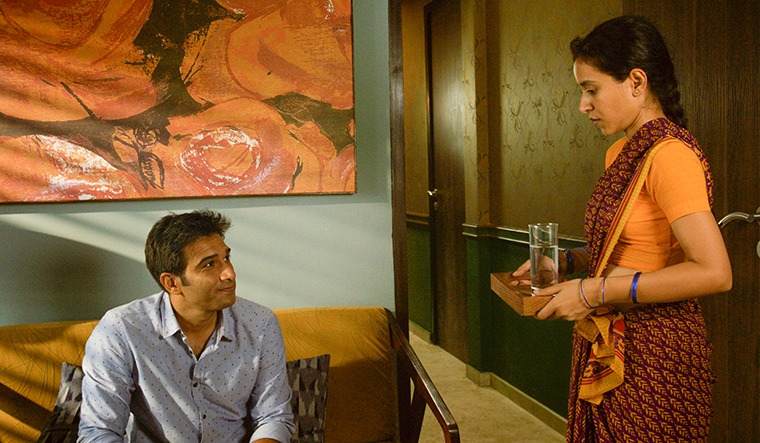 Maid in india: A still from Sir

The idea of acting stayed remote until she joined Lady Shri Ram College and found all the women there to be so confident. Piyush Mishra’s one-act show, Whatever Happened to Betty Lemon, in which he played multiple parts, had a profound impact on her. “I was gobsmacked by the sheer audacity of a person to slip into so many parts,” she says. It changed her impression that she could not become an actor because of her slight speech impediment. She refers to Buddhist philosopher Daisaku Ikeda’s idea of human revolution—that there is a world of possibilities within each of us which we do not realise because of our way of socialising.

Her seniors in college—including puppeteer Anurupa Roy, then the president of the college’s dramatics society—played a huge role in her becoming an actor. Roy directed Shome in a stage adaptation of Bibhutibhushan Bandyopadhyay’s Pather Panchali. In playing Sarbajaya, the mother of Apu, she was able to overcome her nervousness and lack of self-esteem. She excelled in theatre and then progressed to films with Monsoon Wedding and Shadows of Time (2004). Still, she was not sure whether she wanted to take up acting as a profession. “Because I valued my independence greatly and wanted a career where I could be self-reliant,” she says. “I did not think, at the time, that acting could be that profession. I felt it would be safer to pursue my first love, which has always been academia.” 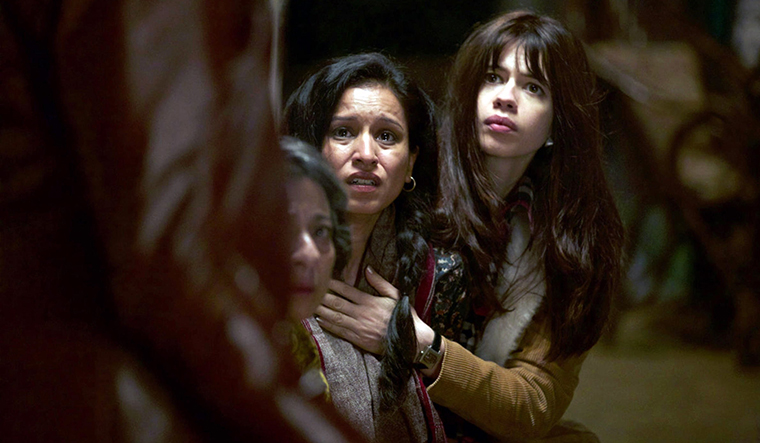 A still from A Death in the Gunj

She went on to do her masters in drama therapy from New York University. Afterwards, she remembers the “dark narratives” from her time working with the inmates of Rikers Island prison complex, an experience which “punctured her love affair with America” and made her want to return. At that time, she heard about the avenues opening up for independent cinema in Mumbai and decided to move there, giving up a fully-paid PhD programme at the University of Michigan. The initial years were tough, despite having fun figuring out the city and making friends. “Largely because there is no method in the madness of going about becoming an actor,” she says. She was lonely and often gave in to despair. She was about to give it all up when Anup Singh’s Qissa (2013) happened. The film became a defining moment in her career. Singh did not just help her professionally, she says, but also showed her that she did not have to waste her life while she was unemployed. “The things I could do with that time were limitless,” she says. “I could walk, swim, read, cook.... Everything changed after that.”

That is when she started getting more work. She would deeply analyse the offers that came her way, saying yes only to the ones that helped her “create value” in some manner. In the last few years, she has played some unforgettable characters in films like Hindi Medium (2017), A Death in the Gunj (2016), and The Song of Scorpions (2017). She also has three films lined up: filmmaker Rima Das’s next project; cinematographer Saumyananda Sahi’s directorial debut and Anup Singh’s next film. “For me, even one film a year is a lot,” the actor says with a laugh. “I prepared for Qissa for over a year. So, by my standards, I am getting a lot of work.”