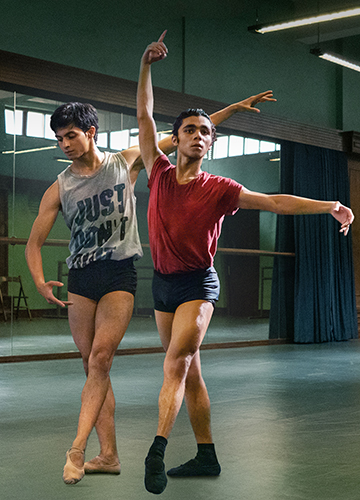 Dancers Manish Chauhan and Achintya Bose who star in the film, Yeh Ballet.

In 2016, two underprivileged Mumbai boys, Manish Chauhan and Amiruddin Shah, 21 and 14 at the time, were discovered by American-Israeli ballet teacher, Yehuda Ma’or. He trained them in ballet and secured admission for them at the Oregon Ballet Theatre for a two-year course.

Around that time, producer-director Anand Gandhi offered filmmaker Sooni Taraporevala an opportunity to make a virtual reality documentary. Having been a student of ballet in her younger days, she was fascinated by the story of Chauhan and Shah, who were at the time being trained by Ma’or at Ashley Lobo’s The Danceworx studio in Mumbai. She made a 14-minute virtual reality film, Yeh Ballet, documenting their journey. Last week, Netflix released a namesake feature film directed by Taraporevala, that traces the boys’ story in detail.

The film centres around Nishu (played by Chauhan) and Asif (modelled on Shah and played by Achintya Bose). Nishu struggles to convince his father, a taxi driver, to let him participate in a reality dance show. Asif, the son of a welder and Nishu’s fiercest competitor-turned-friend, is a hip-hop rebel. Fortune favours them when they are discovered at a dance academy by Saul (Julian Sands), a greying ballet teacher who has just moved to Mumbai. Saul pushes them to master ballet, a dance form alien to them. They free themselves from the shackles of family and society to become ballet dancers.

“This story has been endlessly fascinating to me,” says Taraporevala. “It is such an amazing achievement. First of all, no boys take up ballet. It is quite an elite dance form in India. As Yehuda Ma’or says, ‘Ballet has bypassed India’. The fact that two boys made it big continues to fascinate me.”

After the VR film, she wanted the space to tell the story better. “The VR documentary is just 14 minutes long,” she says. “In a feature fiction, you can go in all directions.” It was not a cakewalk though. While Chauhan, having completed his degree, was up for another challenge, it was difficult to get a replacement for Shah, who is studying in London. “I was desperately looking for another Amir and was so afraid of not finding one,” says Taraporevala. “It is a tall order to find a kid who can act, break dance and do ballet.” She recalls how Ma’or introduced her to Bose, a 20-year-old training at Danceworx. She went to see one of his performances; he was doing urban and contemporary forms at the time. After watching him, she fell in love with his looks—his eyebrows, hair, face and smile—which were strikingly similar to Shah’s. She told Tess Joseph, her casting director, that they were going to make him work. During the audition, he proved himself to be a natural.

While it was a challenge for Bose to learn ballet, it was a challenge for Chauhan to forget his training and become a novice again. “I kept telling him to perform badly,” Taraporevala recalls. “Yeah, I remember how she kept telling me that ‘you can’t stand straight’, or, ‘you can’t do this or that’. But it is muscle memory built over years of practice,” says Chauhan with a laugh. “The moment someone mentions dance, the posture, by default, comes.”

Chauhan says that although it is hard to unlearn something, he feels blessed to have relived that part of his life again through the film. “You don’t get that chance very often,” he says. “While I was unlearning ballet, I was learning movie-making. It is very interesting to watch how a movie is made, how you have to repeat the same process over and over again to get a shot right, how continuity is maintained, and so many other interesting things....” 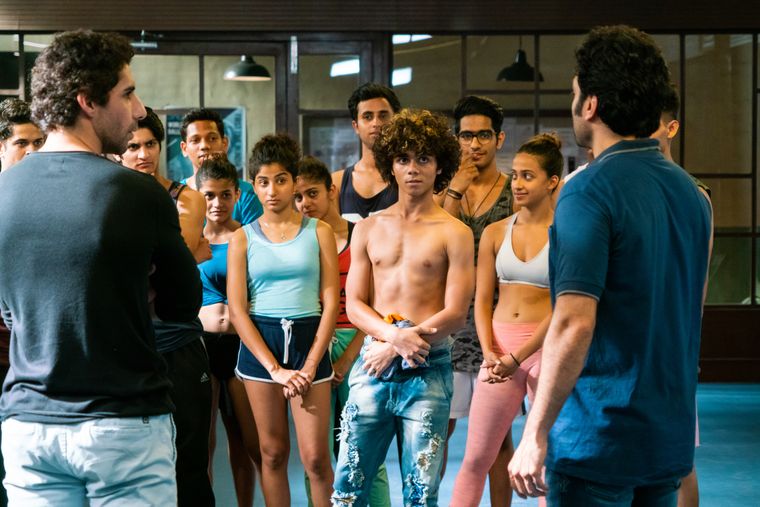 For Bose, too, the film was a learning experience. But the biggest lesson came from the story of Chauhan and Shah. For a person who has enjoyed more privileges than them, it was amazing to live their story. “I had seen them when Sooni was shooting them before they went to Oregon,” he says. “They were doing jumps at the time. I was very new and could see the finesse in their performance. It was a very exciting process to match up to that.”

Not knowing enough English and unable to grasp the finer nuances of ballet, Shah had told THE WEEK in 2017 that he could not survive in Oregon. He came back in four months. Ma’or and others helped him get back on his feet. Eventually, he got a three-year scholarship to the Royal Ballet School in London, where he is currently finishing his course. 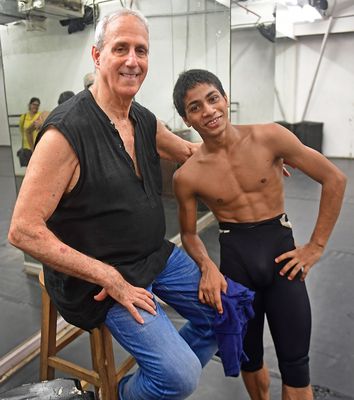 Chauhan, too, went through a similar tough phase. It was a new world for them where they were experiencing everything for the first time. Chauhan laughs as he remembers how amazed he was at seeing so few people on the way from the airport to where they were staying. “We spotted a person after a kilometre,” he says. “I was [wondering] whether people lived there or not. In Mumbai, it is always so crowded.”

The boys found the ballet classes to be extremely difficult. “On our first class, [the theatre team] thought we were [big achievers] like (Mikhail) Baryshnikov,” says Chauhan. “We were [asked to go] onstage in the first class. It was hard. We looked at each other with tears rolling down our faces. Then we picked up our bags and left with our teacher.”

Their teacher told them not to be worried. He helped them overcome the initial hiccups. But it took them three months to learn the ropes. Chauhan and Shah would practise the dance steps they had been taught that day on their way back home, only to realise that everyone had moved to a new step the next day. “It was disheartening at times,” says Chauhan. “With Yehuda, we practised the same steps for a week. [In Oregon], the steps changed every class.”

Chauhan also considered returning with Shah. “But I was older,” he says. “He had time in his hand. He was also more gifted. I was not sure if I would get another chance. Sticking it out was my only option.” And it paid off. In a year, he was promoted and got to dance with the company dancers. “You don’t have to always be the best, but you have to ensure you are growing,” he says. He will now be auditioning to perform with international ballet companies.

The film does not feature the boys’ experience at Oregon. Rather, it ends where they are leaving for the US. “It just seemed like that span of time was enough,” says Taraporevala. “It was too unwieldy to take it further in one film.” She does not, however, rule out the possibility of a sequel.