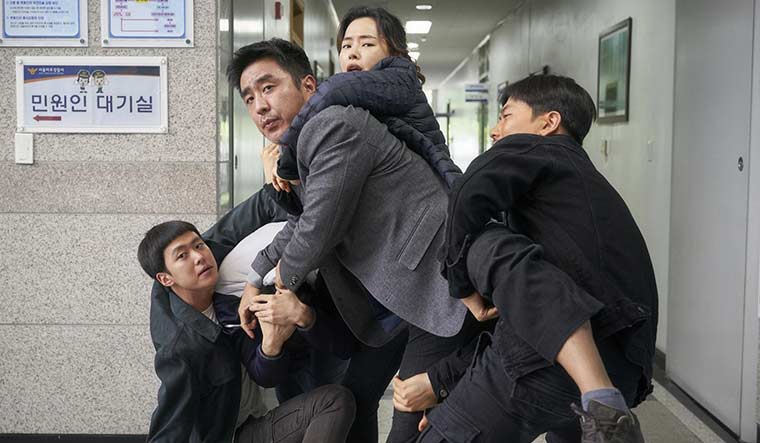 Life is not easy for Captain Ko, who heads a Seoul narcotics squad. His ragtag band of inept cops cannot seem to get anything right. Ko is also frustrated with his peers getting promoted. Facing the threat of his team being disbanded, Ko decides to go after the biggest drug lord in town—Lee Mubae.

To keep a close watch on Mubae, Ko uses his retirement fund to buy a failing chicken restaurant near Mubae’s hideout. While their policing abilities may be questionable, Ko’s team realises that they fare well in the restaurant business. Soon, the joint becomes popular, and the team is at the risk of being exposed because of the undue attention. What follows is a delightful mix of comedy, suspense and action.

Extreme Job, directed by Lee Byeong-heon, is a quirky comedy, offering plenty of laughs and enough action sequences to make it a racy watch. The film became the second most viewed South Korean film with more than 1.45 crore cine-goers catching it in the theatres. It was screened at the Fantasia Film Festival in Canada, and is all set to be remade in English, starring Kevin Hart.